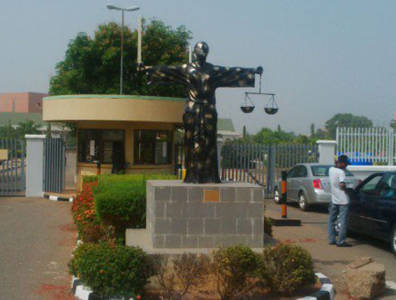 Chevron vs Brittania-U: Sold, to the next highest bidder

Last week, the supreme court of Nigeria sitting in Abuja warned Chevron Nigeria not to follow through on a plan to complete the sale of some of its Nigeria assets in early April 2015. The court appearance is the latest development in the drama surrounding the sale of oil mining leases (OMLs) 52, 53 and 55 by US-based multinational Chevron has become the scene of an exhausting and complicated legal struggle between local rivals Brittania-U and Seplat in courtrooms in multiple nations.

Local exploration and production company Brittania-U bid $1.01 billion for a 40-percent stake in the three OMLs, which contain proven oil and gas reserves of 555 million barrels of oil equivalent. Securing the highest bid of the round, Brittania-U then paid Chevron $765 million in November 2013 to claim the leases.

Chevron allowed the terms of the agreement to elapse and Brittania-U became subsequently denied their share in the blocks, with possession being transferred to the second highest bidder, a consortium led by rival domestic exploration and production company Seplat Petroleum Development Company who bid $900 million for a share in the OMLs.

Initially filing in Houston against the Seplat Petroleum Development Company-led consortium that gained control of the assets, the case has been returned to the legal system in Nigeria. Brittania-U is seeking the full validation of the original claim plus damages for failure to uphold the terms of the contract after letting the purchase agreement lapse in spite of Brittania-U’s provision of commitment letters from supporting banks.

Ahead of payment, Nigeria National Petroleum Corporation issued a caveat emptor on the block purchases, proclaiming that as majority controller, operating licences will be revoked upon the sale of the block.

Brittania-U allege that Chevron were engaging in manoeuvres to ignore the result of the bid, whilst Justice Mohammed Yunisa of the Federal High Court in Nigeria also issued an interim injunction preventing Chevron entertaining other bids until the Brittania-U situation had been resolved.

Shifting to the Court of Appeals, the defendants protested their right to sell to their preferred bidder, simultaneously challenging the Federal High Court’s jurisdiction over the case. As a result, the case has shifted to the Supreme Court, where appeals can take as long as seven or eight years to conclude.

The law team of Brittania-U have criticised the Nigeria National Petroleum Corporation and Minister of Petroleum Diezani Alison-Madueke of taking “undue interest” in proceedings, warning against taking extra-judicial measures after Seplat Petroleum Development Company’s lawyers wrote to the petroleum minister to divest the assets in favour of his client.