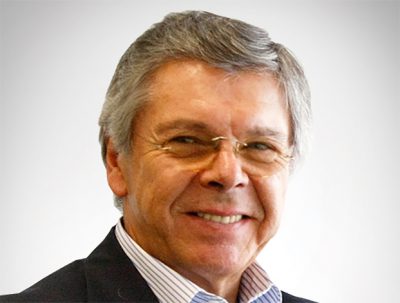 Chile has become the main country in Latin America that invests in Colombia. Currently, the flow of investment is around USD 20 billion.

TOGY talks to Ricardo Navarrete Betanzo, the Chilean ambassador to Colombia, about the importance of strengthened ties between the two nations and the outcome of peace in shaping Colombia’s economy. Chile and Colombia are both members of the Pacific Alliance trade bloc, along with Mexico and Peru.

Chile and Colombia have a close trading alliance, and mutual investments in each other’s energy industries. Despite being a non-oil country, Chile’s energy company Sipetrol has petrol stations in Colombia and though it is not involved in E&P, the ambassador does not “rule out” future participation. Colombia’s involvement in Chile extends to renewable energy investments, and the two countries continue to benefit from a healthy trade balance.

• On Colombia’s elections: I hope that the next government will continue along the path of peace that has been drawn, and that it be an active contributor to unity and integration and that, as has always been emphasized, Colombia fosters friendship and understanding with the international community.

Ricardo Navarrete Betanzo goes into detail on the promise of Latin American markets generally, and particularly via mutual co-operation: he argues that it is blocs like the Pacific Alliance that draw the world’s attention to the region and, hence, to its oil and gas industry. Most TOGY interviews are published exclusively on our business intelligence platform TOGYiN, but you can find the full interview with Ricardo Navarrete Betanzo below.

What is your embassy’s main focus regarding energy agreements with Colombia?
We have a strategic association agreement with Colombia, which has been active for some years already, which fixes a global framework of co-operation and exchange between the two countries. Probably, it is one of the best and most ambitious agreements signed in the region. It also speaks for the intense, historic and wide relationships that exist between Chile and Colombia.
We also share the Free Trade Agreement. In Latin America, it is probably one of the most enriching signed agreements. Additionally, we have a shared level of participation in the integration mechanism called the Pacific Alliance. In that context, the co-operation perks that we have are quite diverse and cover a broad area of activities.
In June this year, the yearly presidential summit of the Pacific Alliance will take place in Cali. High-level groups, such as the entrepreneurs’ association [ANDI, the National Entrepreneurs’ Association] as well as the Pacific Alliance Business Council will assist. Chile is handing over the pro tempore presidency to Colombia. This is a period that lasts a year and rotates between countries.
On the investment field, Chile is the main country in Latin America that invests in Colombia. Currently, the flow of investment is around USD 20 billion, and we have Chilean companies from all sizes permanently present in Colombia. All trading areas and investment areas are strongly defined by this aspect. There are 190 companies that generate over a 150,000 direct and indirect jobs in Colombia with Chilean investments.

Which energy-related industry will offer companies looking to enter the Colombian market the most opportunity?
There is a meaningful niche in the mining sector. Some statistics speak of a 60% and 70% surplus from mining in Colombia. I believe the end of the conflict would mean the normalisation of mining activity in terms of its commercialisation, development, exploitation and exploration, with the aims of improving its institutions and integrating the informal economy into a systematic one. This would also generate opportunities for mining countries like Chile, where there are a lot of companies working with copper, which is not developed enough in Colombia.
I think there are a lot of important opportunities. There’s no doubt that the conflict has stopped the development of very important areas for the Colombian economy. I think the end of the war with this insurgency group known as FARC opens tremendous opportunities for foreign investors, and the Colombian authorities know that quite well.

How important is the oil industry for Chilean companies and what opportunities and challenges do you see here?
We are not an oil country, therefore we import most of the needs of domestic and industrial demand. The ENAP (Empresa Nacional del Petróleo) through Sipetrol, a company that operates outside Chile, explores and is associated with oil exploitation in countries such as Argentina, Ecuador, Egypt and others.
Here in Colombia, Sipetrol was connected to oil well exploitation and exploration. I do not rule out the possibility of Chile participating in that sector. Oil is still the main factor for Colombia’s economy and its growth.
I would say that there is a big Chilean investment in the fuel area rather than the oil one. Copec is the main shareholder of Terpel, which is the most important oil supplier of the country with 2,000 gas stations throughout Chile and Colombia. In this way we have significant participation in the area.
As new interesting business opportunities start to come up, there will always be Chilean companies that will seize said opportunities. I believe that the presence of Terpel through Copec speaks for itself.
While Chile is not part of their main flow of income, they are open for opportunities for investment in countries with abundant strengths in terms of energy and fuel, which is the case of Colombia. If in Colombia the companies do come up with projects in such areas, I believe there will be interested companies willing to invest.

How has the Pacific Alliance strengthened participating nations?
In Latin America, Chile is among the first countries to focus its international business with Asia. There’s no doubt that it has been a key element in promoting the development of the Chilean economy.
When the Pacific Alliance was created almost five years ago, our country made available to this integration mechanism the knowledge and experience [we had] accumulated, for work with Colombia, Mexico and Peru.
I believe that today’s world demands from us to have the capacity to add value in trade relations. When trade is made between two countries, sometimes it leaves a deficit because neither of those countries have the conditions that could be achieved if more countries joined this negotiation and exchanged. That’s where the value chain comes into place, which is the utilisation of the opportunities that other countries have at their disposal so efforts can be enriched by bilateral action.
This mechanism of integration, the Pacific Alliance, has captured the dimension of opportunities when it comes to trade relations. It has become stronger in a real effort for integration. For these reasons it attracts the most interest in the world. Over 50 countries are observing and many of them want to integrate themselves more and have a greater involvement.
On May 1, 2016, an additional protocol establishing a tariff release of 92% of the products marketed among the members of the Pacific Alliance entered into force.

What objectives do you have for bilateral relations during your term as an ambassador here in Colombia?
By the time I finish my mandate, I would like to have expanded and strengthened bilateral relations between our countries and a better understanding of our own realities. That is to say, promoting the involvement of Chile with the opportunities that Colombia has to offer in different sectors and allowing Colombians to get to know Chile better and improve their investment levels.
The trade balance in certain countries is unambitious. The trade balance of Chile and Colombia is relatively modest, this is in the order of USD 2 billion dollars, with a small advantage in favour of Colombia, so that there is a greater effort of exchange that allows us to increase our trade link. The same happens with the other countries that make up the Alliance.
What can Chile offer Colombia as a neighbour?
Chile has generally done well, perhaps the country in Latin America that is closer to achieving development, according to international indicators. It has the highest per capita income in the region. However, what is important is the macroeconomic indicators, attending to basic needs in the social realm – that is, health, education, housing. [These are] more fair and more real measure of development levels. But there is no doubt that public policies and the commitment of the private sector have generated a successful situation as a country in the last 27 years. If our experience is useful and applicable, with the diversity of each nation, [this is] certainly the best disposition.
Then there are many sectors in which we can interact. I mentioned mining, but I can add the agro industry, forestry etc.

Where has Colombia made noteworthy investments in Chile’s energy industry?
Colombia has significant investments in the area of ​​energy. A couple of years ago EPM (Empresas Públicas de Medellín, public companies owned by Medellin province) inaugurated Los Cururos wind farm, in the fourth region of Chile with an investment of more than USD 250 million. The whole system of tolls between Santiago and the south of the country is in the charge of ISA, Colombian company. Another important investment was made in Antofagasta, the north of the country, also by EPM, with an investment of close to USD 1 billion in a water company.

What do you expect from the next election in Colombia?
The first and most basic thing is that the elections follow the guidelines of democracy, as they surely will do, so that Colombians freely choose their authorities.
I hope that the next government will continue along the path of peace that has been drawn, and that it be an active contributor to unity and integration and that, as has always been emphasized, Colombia fosters friendship and understanding with the international community.

For more information on Colombia’s oil and gas industry, see our business intelligence platform, TOGYiN.
TOGYiN features profiles on companies and institutions active in Colombia’s oil and gas industry, and provides access to all our coverage and content, including our interviews with key players and industry leaders.
TOGY’s teams enjoy unparalleled boardroom access in 34 markets worldwide. TOGYiN members benefit from full access to that network, where they can directly connect with thousands of their peers.