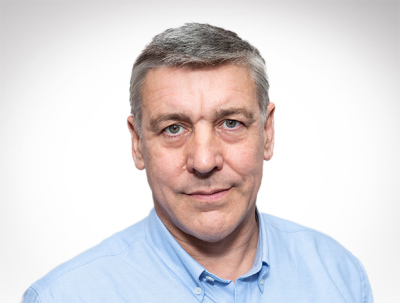 The importance of GTL in the future transport fuel mix cannot be overstated.

GTL presents a compelling fuel alternative amid global efforts to diversify the energy mix and reduce emissions on land and at sea. Malcolm Wells, vice-president of corporate affairs at NiQuan Energy, discusses the role of GTL in the transport fuel mix of the future.

If the energy sector isn’t about the future, it isn’t about anything. At the time of writing, much of the world is locked down and much of the mobility that so many have long taken for granted is now stilled. However hard it may be to consider the future in such a present, we must continue to do so.
The future of the world now looks very different to that imagined even six months ago. However, as far as the energy sector is concerned, the challenges of delivering cleaner and smarter energy solutions remain the same. Whatever the future holds, the energy sector will inevitably be a significant and indivisible part of it.

VISUALISING THE CHALLENGE: One of the features of the coronavirus outbreak has been the opportunity to see the very real impact on emissions reductions caused by the near-total curtailment of economic activity. This has been most apparent in East Asia where the satellite images of reduced nitrogen dioxide levels are a very graphic example. Though the benefits of such reductions are clear, so too is the fact that the price of achieving them in such a manner is more than society can or should bear economically, socially or morally.
For the energy sector, however, it is a visual articulation of the challenge – how to reduce the contrast between those images and the images of emissions in more normal times. It is an articulation that the industry should welcome. It puts into graphic form what the sector has been working hard, often successfully, to deliver.
We are now in an era of unparalleled energy diversity, to the point where the hegemony of the internal combustion engine, which has ruled largely unchallenged for over a century, is now increasingly sharing the stage with other drivetrains, most noticeably electric.
Fuel diversity, which has been a reality in the power generation sector for a considerable time, is now an established and growing feature of the transport sector too. This is a critically important and significant development since the transport sector contains a disproportionate number of energy emissions reductions conundrums.

THE QUICK FIX: There are very few quick emissions fixes in this sector, but they do exist. One such fix is gas-to-liquids technology. Despite a considerable effort, very few of the world’s gas-producing countries have a GTL production capability. It is a very exclusive club, but Trinidad and Tobago belongs to it, thanks to NiQuan Energy’s GTL plant at Pointe-à-Pierre. The plant is the smallest commercial GTL production facility in the world and the first in the Western Hemisphere.
GTL is a process which uses natural gas, the cleanest of the hydrocarbons, to make high performance, low emissions fuel and other energy products. There are essentially three steps to this process. First of all, the natural gas is mixed with steam to create a synthetic gas. This synthetic gas is then passed through a Fischer-Tropsch catalytic conversion to create a waxy syncrude which, in the final step, is cracked down to produce the required product slate.
Because the feedstock is cleaner than crude oil, GTL products gain an immediate emissions advantage over crude-derived counterparts. NiQuan Energy’s GTL plant has a production capacity of 2,640 bpd with a product slate of 80% GTL paraffinic diesel and 20% GTL naphtha.

STAR OF THE SHOW: Though GTL naphtha is a very high-quality chemical feedstock which can also be used to upgrade fuel quality, in the context of reducing emissions in the transport sector, GTL paraffinic diesel is very much the star of the show.
GTL paraffinic diesel is an on-spec compression ignition fuel which meets the EN15940 standard in Europe and the ASTM D975 standard in the US. It can be used in existing diesel vehicles without any modification to the engine.
The characteristics of GTL paraffinic diesel are very low aromatics, essentially zero sulphur and a very high cetane rating (in excess of 70 compared with about 50 for traditional diesel). The very high cetane rating makes for a more complete burn with less engine effort, resulting in fewer emissions and far less soot. This in turn reduces engine wear and extends oil-change intervals.
In 2003, DaimlerChrysler carried out a comparison of neat GTL paraffinic diesel and traditional petro-diesel on a volumetric basis. This study registered emissions reductions of carbon monoxide and hydrocarbons in the region of 90% as well as more modest reductions in NOx and CO2. There was also a considerable reduction in particulate matter of almost 40%, a highly significant reduction since particulate matter is the chief offender in terms of urban air quality and related health issues.
The DaimlerChrysler study also examined the performance of GTL paraffinic diesel in a 50:50 blend with the test petro-diesel. This blend also delivered considerable emissions reductions and recorded the additional benefit of disproportionate reductions in terms of carbon monoxide and particulate matter.
Because GTL paraffinic diesel can be distributed using existing infrastructure and without the need to modify the vehicle, it is a unique, low-overhead emissions reduction solution for fleet operators. For refiners, GTL paraffinic diesel offers a very cost-effective opportunity to take low quality petro-diesel and upgrade it to lower sulphur content, boost cetane levels and reduce particulate emissions without the expense of a refinery retrofit.

FUEL MIX OF THE FUTURE: The importance of GTL in the future transport fuel mix cannot be overstated. Despite the advances made in electric drivetrain technology, compression ignition fuels are hard to replace and will continue to play a very significant role in the transport and infrastructure system. The HGV [heavy goods vehicle] sector is still highly reliant on diesel and, across the board, electric is still a long way off from matching the performance, durability and versatility that diesel delivers.
The marine sector is having to make massive cuts in sulphur levels as the direct result of the International Maritime Organization’s measures to improve fuel quality and cut emissions, and here too GTL’s performance exceeds that of any other available alternative. The fact that GTL paraffinic diesel is biodegradable and a very benign fuel to use in a marine environment is an added but very important bonus, particularly to an island nation like Trinidad and Tobago and a sensitive marine environment like the Caribbean.
Though the product slate for NiQuan’s GTL plant is diesel and naphtha, it is also possible to configure GTL plants to produce kerosene used in the aviation sector. Given the consequences of catastrophic failure in civil aviation, both politicians and regulators instinctively adopt the precautionary principle regarding any departure from the tried and tested. The aviation sector has extremely high safety requirements and the sector will not endorse a drivetrain revolution without extensive technology proving over a long period of time.
The only realistic improvement in any meaningful timeframe is cleaner fuel. That is a role which will increasingly be played by GTL which is approved for use in a 50:50 blend for aviation and has been used in that capacity for almost a decade.
The transport fuel mix of the future is already discernible now. We will have a mosaic of drivetrains and fuels used in the application which they are most suited for. The urban passenger fleet will almost certainly be electric with the heavier logistics requirements remaining the preserve of clean compression ignition fuels such as GTL paraffinic diesel. There will also be a space in the mix for technologies based on solar, wind and LNG, particularly in the marine space. Far from being a threat, the energy sector can look forward to a dynamic period of innovation and opportunity.
No matter how difficult the present, the energy sector must take a leadership role in powering a cleaner future. The development of GTL and the cleaner fuel pool it enables is an important contribution to a lower-emissions future. GTL is now a reality in the Western Hemisphere. The plant in Trinidad and Tobago is the region’s first, but it certainly won’t be the region’s last. What we are doing today will make a real difference to tomorrow, because there will be a tomorrow.