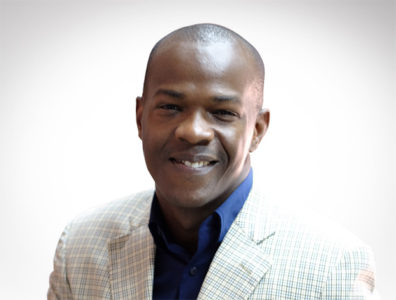 From 2018 the transporting climate will be way easier. It is getting so much better.

Clear roads ahead in Angola

TOGY talks to Egidio Monteiro, the managing director of DHL Express Angola about competition in the market, Customs improvements and the new administration. DHL Express has 10 service centres, spread over nine regions in Angola.

Are you optimistic about the new government in place and the changes that have been made?
Yes, everyone is. I have been watching all the moves that the government has taken, and I am optimistic that Angola will change completely with the way things have been addressed. DHL is here as the partner of the government. We operate here and we are ready to support the government in any way possible. There is a big fight to see us trying to get out of this current economic scenario of low oil prices. There are also negotiations about the exchange of foreign currency. As soon as we come out of this, Angola will move to a different level.

Is the market getting more competitive, not only in Angola but also in Namibia, where the government is creating a logistics hub?
This is good. It is good when the market is competitive. It helps us wake up and make sure that we build a structure and innovate our services and deliver the best service to our customers. DHL is always well updated. Every year, we start with good plans and strategies and the innovation is still there, so whatever is new or upgraded in the market is never far from what we are. We are ready for that.
This is a global corporate company and we are very much linked with our region. The sub-Saharan Africa regional office is in Johannesburg, and our head office in Bonn, Germany is very supportive as well.

How easy is it to operate a logistics company in Angola?
If someone tells you that logistics is easy, they are not doing logistics. It is never easy. It requires attention, innovation and specialisation, but it is very interesting and motivating. If you structure and organise things well, it is fun. Every day there is a new challenge and requirement and new customer asking for a new service and timeline. When you deliver on customer expectations, it feels good. Regardless of how the economy is performing, not only in Angola but globally, logistics are still there. There will always be equipment to move and a shipment to protect, and that is the part of the sector that I really enjoy.
When it comes to Angola, it was harder in the past to be a logistics company than it is now. It is far easier to be one today compared to previous years because things have improved dramatically and changed completely. You can now operate in Angola with no major problems. Customs especially have made big investments and changed their operating practices, so it is easy to run clearance at the moment. There is still a challenge for air cargo transportation, especially domestically, which is something that companies like ours are trying to invest in, and we are already making moves to try and support the government on that, but it is easier today than it was even five to 10 years ago.
Ten years ago the roads were not as good and the possibility to move domestic cargo was not the same. In 2017, Customs are implementing the Asycuda system, which would be a dream come true. We are used to it in other countries and it works. It allows customers and especially agents to reduce their paperwork costs. Everything is automatic in the system, and it is much easier. From 2018 the transporting climate will be way easier. It is getting so much better. DHL is already a part of the Asycuda system in Lobito and Catumbela. The discussions for Luanda are starting and I believe it will start in Q1 there. Our team has been trained. We are doing tests and it is working. Customers are very supportive of this as well. It has been said that it should be implemented by the end of 2017, but I would not recommend this because it is brand new and requires new training. We should not rush into it and affect our customers.

What have been the highlights of 2017 for DHL in Angola?
We are still maintaining 90% positive feedback from our customers, so it was a very positive year. We maintained the same level and we will improve that next year; our customers are satisfied. Next year, with the new infrastructure and investments we are making, we will be able to upgrade and improve our services, and I believe feedback will be even better.
From 2018, we will have one of the best gateways in the region: airport premises, which will be inaugurated in February. The DHL Africa management board is coming in February for this event, so we are excited about that.
We are also putting new technology in place called SweepBox. It is a box that will allow customers with no address to pick up their shipments. If you live somewhere where there is no registered address, or in case you need to collect your shipments after hours, we will have a SweepBox in our offices and in that location, your shipment will be loaded into that box and with the code and reference that we give you, you should be able to collect your shipment personally at any time of the day. We have already implemented that in a few countries in Africa. It has been successful in Nigeria. For Angola, we are looking to implement it in Q1 2018.

Have your upgrade plans delayed as a result of the new airport’s delays in construction?
The new airport should come soon. We cannot wait for the new airport to improve our services. We have to keep going. Even after the inauguration of the new airport, there will be time for implementation. It is a big animal and will take a lot of time to set up. We are counting on it taking three years for everything to be put in place. We decided to take the risk and build the current gateway and then, when the new airport starts, we will build a new one there too. That will be a massive investment because we are trying to build a gateway that will be more like a hub, but there will be negotiations with the Ministry of Transport so we will see how it goes.

Who have been your most important energy clients in 2017?
We are lucky of working with most of the oil and gas companies. So far, our partnerships have been very solid. We have not lost any feedback from the customers. There are, of course, good and bad things, but we have been delivering good service to them. We work with Esso, Total, Chevron and others as well as with service providers like BHGE, Halliburton and Schlumberger.

How does DHL manage its human resources?
DHL Angola has proved to be a company that is functional. We have been through serious audits and we managed to pass again. In 2018, we will be listed as a Best Employer by Top Employers Institute. That is something to be proud of.
It is about service. Everything our guys do every day makes a big difference on an external level. Internally, we do everything we can to make sure that our employees feel like part of the team, not just part of the company, so they contribute ideas and opinions. Their feedback on these awards and audits has helped us win them again.
We have about a 75% market share in Angola. We are evaluating this, but we still lead the market in express logistics services. We are 99% Angolan with just one expat. Not only that, we are young Angolans; most of the people working here are aged from 20-35 years.

What equipment does DHL have in Angola?
You see the DHL cars driving around and delivery vans too, but we do not have any planes here. We used to have one, but we do not have planes at the moment because we wanted to have a facility with the proper structure to support that aircraft. This is why the gateway is starting in February and why we are discussing the possibility of having a small cargo airplane that would support more of the operations across the region with local authorities. We do have partners and operate with their aircraft at the moment, which is working quite smoothly, but very soon there will be a DHL plane that will also be available that, together with our partners, will serve the customers better. TAAG and Sonair are our partners, but we have private partners at the airport that support us in our business as well.
We are looking at other express logistics services, with technology companies especially, making sure that we can accommodate their cargo and deliver their items to the customer on a B2B model. It is ongoing.

What is the outlook for DHL in the next three or four years?
It is a great company today and it will be greater in the next two years. It is really moving in the right direction, not only globally but also in Angola. We are well structured and managed to handle the challenging economic situation quite smoothly. We did not let any staff go, we are still a profitable company and we are very happy with what is going on.