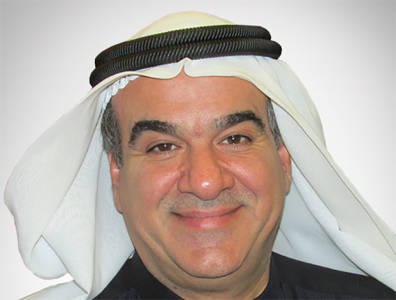 Oil is a strategic commodity in Kuwait. They have clear and stable targets for where they want to go with it.

TOGY talks to Abdul Aziz Al Rashed, chairman of Kuwait Drilling Company (KDC), about the company’s activities in Kuwait and its work with KOC, plans for expansion in the Middle East and regional competition.

Established in 1963, Kuwait Drilling Company (KDC) is the oldest drilling company from a GCC country. It provides a range of drilling and workover services, ranging from simple workover capabilities to high-end, deep-drilling testing and gas development using 3,000-hp rigs. The company has around 37 rigs under contract that are either mobilised or mobilising. It has around 3,000 employees. KDC lost all of its 10 rigs following the Iraqi invasion in 1990. It began rebuilding its fleet in 1998, and grew from zero to 37 in about 17 years. The company has taken part in key Kuwaiti discoveries, including drilling the first gas well.

• On the upcoming offshore campaign: “We look forward to offshore drilling. We did the only offshore wells in Kuwait in 1985 for a two-year campaign. We brought in a jackup rig and drilled two wells. We have done these kinds of wells before, and we hope we can participate.”

• On competition: “We welcome the competition; we think it is a good way to improve our own performance. Being the oldest gives us a big advantage, and we have a big footprint in Kuwait. At the same time, we have unique skill sets and far-ranging services, from simple workovers to deep drilling.”

Besides touching on these topics, TOGY spoke at length to Abdul Aziz Al Rashed about his company’s partnership with Schlumberger, and its stake in heavy oil and prospective offshore drilling in Kuwait. Most TOGY interviews are published exclusively on our business intelligence platform TOGYiN, but you can find the full interview with Abdul Aziz Al Rashed below.

What does your partnership with Schlumberger entail?
We are partnering with Schlumberger on the first-ever instance of integrated oilfield management [also referred to as IPM] in Kuwait. Schlumberger was given the opportunity to provide turnkey services. They partnered with us, and we started the first-ever IPM ahead of schedule in March 2016. It has been a very successful campaign so far. That we can deliver a new model with a company of that reputation is a significant achievement.

Of your 37 rigs, how many are active?
Our number active rigs is growing by the month. Right now, we are at 26, but the other 11 are located in Kuwait, either being maintained or assembled. This will be completed by May, and all 37 will be operating by June.

There is a big push from KOC to focus more on heavy oil contracts. What is your stake in heavy oil?
We have two rigs that are being readied now, which are basically dedicated to drilling heavy oil. This is a continuing effort from earlier, as we have drilled many of these wells for KOC.
Kuwait Drilling Company’s scope in heavy oil is to drill the wells.

Kuwait and Saudi Arabia are the top two countries now for drilling activity. What are the qualities that make these countries attractive for continuing activities?
Kuwait and Saudi Arabia have the cheapest cost of production. They have a clear target. Oil is a strategic commodity in Kuwait. They have clear and stable targets for where they want to go with it. The fixed target moves in an orderly fashion every two to three years. There are 2020, 2030 and 2040 targets, which really drive the activity to have this much capacity.
There is also market stability. On the good days, when oil is above USD 100, the service providers and contractors go to where the best daily rate is. But when the market is down, you see migration back to a stable market where you never get the best rates, but where you can still survive in touch times. There is a stable production target and the value of oil is the strategic commodity for the countries.

If you are planning to expand internationally, what are the biggest potential markets for your services?
The company’s strategic target is to become a regional contractor, basically within the Middle East and with an emphasis on GCC countries. But this is within the Middle East, nothing outside of it.
We had operations in Libya for several years, and we still have two rigs there, but they are currently shut down due to the political situation. We look forward to renewed stability in Libya so that we can restart our operations.

What differentiates KDC from its competitors?
We welcome the competition; we think it is a good way to improve our own performance. Being the oldest gives us a big advantage, and we have a big footprint in Kuwait. At the same time, we have unique skill sets and far-ranging services, from simple workovers to deep drilling.
Some companies work in a different area, in the high end or workover, for example, but we have the whole gauntlet of experience. We can handle high-pressure, high-temperature wells and drilling at deeper than 24,000 feet [7,315 metres], and we can do a simple workover for heavy oil, at the same time. We provide the complete solution.

What knowledge or support can you offer for KOC’s plans for offshore drilling?
We look forward to offshore drilling. We did the only offshore wells in Kuwait in 1985 for a two-year campaign. We brought in a jackup rig and drilled two wells. We have done these kinds of wells before, and we hope we can participate.

Where do you see KDC in two or three years and what is your mid-term strategy?
For the mid-term, we would like to see the company grow into complementary services. At the same time, market permitting, we would like to see growth in the two or three regional markets. The strategy is to become a regional company. We took a step towards achieving that by having an operation in Libya, but the political situation and market has set us back.
This is where we want to be: very close to drilling and within the Middle East, focusing on the GCC and the neighbourhood as far as Libya.

For more information on Kuwait Drilling Company, see our business intelligence platform, TOGYiN.
TOGYiN features profiles on companies and institutions active in Kuwait’s oil and gas industry, and provides access to all our coverage and content, including our interviews with key players and industry leaders.
TOGY’s teams enjoy unparalleled boardroom access in 33 markets worldwide. TOGYiN members benefit from full access to that network, where they can directly connect with thousands of their peers.