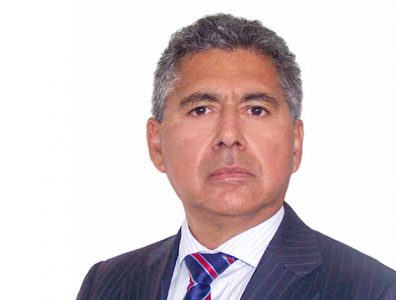 With considerable backing and a [new] framework, it seems clear that the Southern Gas Pipeline will avoid the pitfalls of the South Andean project led by Kuntur.

As general director of consulting firm Latin Energy, Edgard Ramirez Cadenillas has participated in the development and implementation of energy projects in the public and private sector. In 2014, he served on the commission that awarded the Southern Gas Pipeline concession. He discusses the development of energy infrastructure in Peru’s south.

Kuntur was formed in early 2007 by a US-based private equity fund, Conduit Capital Partners. In 2008, Kuntur was awarded the concession for the South Andean Gas Pipeline. In October 2011, 51 percent of Kuntur was bought by Odebrecht, a Brazilian company working in the development and operation of infrastructure and energy projects.

In June 2012, Odebrecht bought the remaining 49 percent of Kuntur. Kuntur proposed building a pipeline stretching more than 1,080 kilometres from the Camisea field to Arequipa, where it would divide and travel to the ports of Matarani and Ilo on the Pacific coast.

The Ministry of Energy and Mines awarded the concession for the pipeline to Kuntur. However, the project was not strongly supported by the government. When estimated reserves were revised downwards, the project appeared less economical and was put on hold.

Although the concession technically still exists, industry leaders concur that the project has clearly been superseded by the Southern Gas Pipeline.

SOUTHERN GAS PIPELINE: While the South Andean Gas Pipeline fell by the wayside, industry leaders and government officials began to work together to create a framework for a replacement project.

The new project would allow the successful completion of a pipeline from Camisea through regions in the south lacking in energy infrastructure to southern ports on the Pacific near Arequipa.

ENERGY SECURITY LAW: Having taken effect in December 2012, Law 29970 aims to streamline the construction of the Southern Gas Pipeline to ensure energy security and stimulate growth. The law focuses the efforts of congress, the Ministry of Energy and Mines and Peru’s energy regulatory commission, Osinergmin, on facilitating the development of energy infrastructure in the south of the country.

The law not only supports the Southern Gas Pipeline, but also directs state companies such as Petroperú and Electroperú to support projects in the south. These peripheral developments create an economic basis for the pipeline project, ensuring its profitability.

Once demand has been established, the pipeline project simply becomes a construction challenge – how fast can it be completed?

BIDS FOR THE CONCESSION: As a government commission directed by investment agency Proinversión received bids for the concession in the spring of 2014, two major contenders became apparent.

Both consortiums had extensive experience in Peru and close connections to companies operating in Camisea. In the end, it was a clerical error rather than any substantive difference in qualifications that led to the disqualification of the GPS consortium.

DISQUALIFICATION OF GPS: When GPS presented Envelope 1 of their consortium on May 29, 2014, they listed all four partners as holding 25-percent stakes. The final date for changes to the consortium was June 20.

Yet less than a week later, on June 26 at 10:52 a.m., the consortium communicated that their composition had changed, with GDF Suez’s share dropping to 2 percent and the remaining stakeholders’ shares rising to 32.6 percent.

This communication was contradicted by the public presentation of the consortium’s Envelopes 2 and 3 eight minutes later at 11:00 a.m. on June 26, in which GDF Suez was said to still hold 25 percent.

After this factual error was made, Proinversión was advised by Peruvian law firm Delmar Ugarte and Estudio Echecopar, a member form of US-based Baker & Mackenzie, that the GPS consortium had violated the rules of the tender, causing it to be disqualified on June 30.

After winning the concession, Gasoducto Sur Peruano now has the support of the government, and was recently granted the right to use environmental impact studies previously completed by Kuntur. With considerable backing and a framework not present in the previous project, it seems clear that the Southern Gas Pipeline will avoid the pitfalls of the South Andean project led by Kuntur.