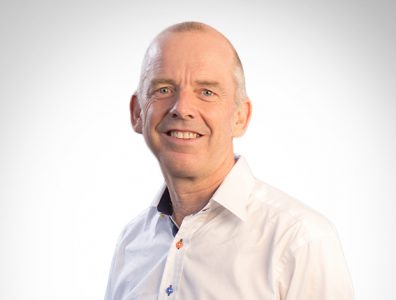 On all land and environmental issues, we have pledged to be transparent in what we are doing and how we are managing these subjects.

Martin Tiffen, general manager of the EACOP company, talks to The Energy Year about the next steps for the East African Crude Oil Pipeline (EACOP) and the role of social and environmental considerations in the project. Established in February 2022, the EACOP company is overseeing the development of Uganda’s landmark oil export pipeline.

What have been the key milestones leading to the incorporation of the EACOP company?
It has been quite a journey! The Tanzanian route was agreed between East African leaders at a summit in April 2016, and the signature of a set of common principles known as the Intergovernmental Agreement between Uganda and Tanzania in May 2017. There then followed a period of negotiation and alignment with the upstream projects (Tilenga and Kingfisher), the two States and the investors. The net result was the legal and commercial framework of EACOP, including the two Host Government Agreements between EACOP and each State, the Shareholder Agreement, and the Transportation and Tariff agreements, which were finalised between September 2020 and September 2021.
The final step was some parliamentary legislation which was completed at the end of 2021, enabling EACOP to formally come into existence with its four shareholders (TotalEnergies at 62%, UNOC and TPDC at 15% each, and CNOOC with 8%) on February 15, 2022.

Looking ahead, what will be the next steps for EACOP?
Since February 15, EACOP has embarked on a number of parallel activities. These involve building up EACOP as an organisation fully capable of executing the project, including taking secondees from the shareholders, offices, IT services, etc.
Another key activity has been the land acquisition along the full right of way in both Uganda and Tanzania; this is now underway and will continue into early 2023. It is worth repeating that land acquisition will be done both in accordance with the laws of Uganda and Tanzania, and also in compliance with the Performance Standards of the International Finance Corporation.
The placing of all the main contracts and long-lead procurement items is something we have also been working on, as well as a series of workshops and roadshows to promote opportunities for local suppliers of goods and services, either directly to EACOP or via the main level-one contractors.
This is known as national content in Uganda and local content in Tanzania, but whatever its name we have agreed to ring-fence certain activities for local enterprises, and formalised our commitments in the form of national/local content plans in each country. Concrete examples of this already include the land acquisition, associated house building and early civil works.

What role do social and environmental considerations play in the EACOP project?
We acknowledge that the project will have an impact on the communities and landscapes that it traverses, and we have committed to manage these on the same level as we do safety, the project itself and national content. It’s worth noting that the main disturbance will be during the construction phase, as once in operation the pipeline will be buried along its entire 1,443-kilometre length, with topsoil and vegetation reinstated. People and animals will be able to freely cross wherever they want. The main things visible will be the six pumping stations and the terminal and jetty in Tanga.
Altogether we have about 13,160 households who will be compensated by the project. Some 96% of them will be losing a part of their farmland (remembering that the pipeline is taking a 30-metre-wide “right-of-way” along its length), and they will be compensated at full replacement value for the land, crops, structures, trees, etc. so impacted. The vast majority will also receive transitional support in the form of food baskets, as well as livelihood restoration programmes.
The 4% whose primary dwelling is impacted are offered a choice of replacement housing or cash compensation, with almost all choosing the replacement house, complete with solar panels and rainwater capture and storage. In addition to the land acquisition teams, we have a network of community liaison officers who are in continuous dialogue with the households and villages along the route. We also have a grievance mechanism in place in order to be able to record and deal with issues as they arise.
On the environment, the project has followed the classical hierarchy of “avoid, minimise, restore, offset.” A great deal of work was done during the finalisation of the routing, integrating technical, social and environmental constraints to come up with a route of least impact. Thereafter we put in place various measures during the construction process such as narrowing the route to less than 30 metres in some specific environments to further minimise impacts. As already mentioned, we shall store and reinstate topsoil so that vegetation can be re-established.
To reduce our carbon footprint, we are complementing EACOP’s own power generation with solar power and grid connections, knowing that in Uganda the majority of electricity is hydro. And finally, where we do have an impact, we shall be taking measures to more than offset them elsewhere – for example by supporting some neighbouring reserves onshore and marine environmental initiatives in Tanga.
On all land and environmental issues, we have pledged to be transparent in what we are doing and how we are managing these subjects, and we also have third-party audits to ensure that we are complying with the stringent IFC Performance Standards.

How strategic is EACOP for Uganda and Tanzania?
The pipeline is part and parcel of the overall oil development; the Lake Albert upstream projects will produce the oil and EACOP will deliver it to international markets. We are opening a new corridor between two countries, including the laying of a fibre-optic cable, capacity in which we have offered to make available to third parties. The investment will stimulate both economies, provide opportunities to companies and individuals, and ultimately generate much-needed revenues for both host governments.
As such, we will bring in-country value to both Uganda and Tanzania. The inward investment and long-term revenue generation the overall Lake Albert developments will bring are very much in line with the development aspirations of the two host countries.