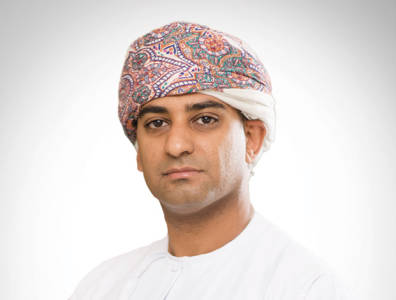 A lot of PDO’s philosophy does get adopted by other companies.

Usama Barwani, CEO of Petrogas E&P, talks to TOGY about the company’s activities on Block 55, initiatives to increase efficiency and its commitment to HR and HSE. Petrogas E&P is the upstream arm of MB Holding.

• On South America: “Colombia is known to have a fantastic fiscal environment, maybe one of the best. That could be the best country in Latin America for a company such as ours. We also know there has been a lot of interest and change in Mexico. It is not in our focus now. Companies in Calgary and Houston would be far better-positioned than we are. However, it might deserve investigating at some time.”

• On shallow gas: “We are one of the leading companies when it comes to shallow gas development in the North Sea. That is an expertise that we utilise just in the north of Holland, but that we think can be transferred to other areas in Europe and beyond, such as in Asia, where there are many shallow gas opportunities.”

Most TOGY interviews are published exclusively on our business intelligence platform, TOGYiN, but you can find the full interview with Usama Barwani below.

What has been your experience with Block 55?
We delivered everything that we committed to doing on Block 55. We completed our seismic programme in 2017 with Sinopec, and we drilled three exploration wells. It was a long process of working with contractors. We drilled the wells and they were dry.We have relinquished the block, after following through with the exploration plan.
There was a lot that we learned from that. We did not look at it as a failure, even though we were disappointed. A lot of the people that were on Block 55 have joined the new exploration team and are now adopting the learning from Block 55 to new ventures.

What is the company’s strategy moving forward?
The company’s strategy is to develop and grow assets that we acquire from other operators, as well as hopefully discover and develop on our own through an exploration portfolio.
Our aim is to build a world-class independent oil and gas company. The current focus is Oman, Egypt and the southern part of the North Sea.

In 2016 you were producing 30,000 bopd in Oman. Has that figure increased?
That figure has increased slightly, now to around 35,000 bopd. That is for Oman, and there is another 10,000 bopd beyond Oman.
In 2017, we curtailed our production as part of the government’ss requirement for us to support the OPEC initiative. Oman took a 7% cut and the different operators, including PDO [Petroleum Development Oman], CCED [Consolidated Contractors Energy Development], Oxy [Occidental Petroleum] and so forth, actually shared that cut between themselves. We do not have curtailment in 2018, allowing us to produce more.

What specific initiatives are you implementing to increase efficiency?
One area where we think there is a lot of scope for efficiency is in well engineering processes. That is a big part of a budget, and we have built processes as an industry over years and years that are not necessarily required. Something may have happened 25 years ago, for example, and the standards from that time do not necessarily apply as much or as well in today’s world.
We are looking into all of our processes and re-engineering them. This is what is known as lean engineering. We have been quite active in lean engineering and re-engineering. We have lived and breathed it. We have a small team in-house and are working to create tangible outcomes for review. We would like to develop technologies that will help the industry, anything that increases efficiency while maintaining safety and bringing costs down – in EOR and heavy oil, for example.
Some of our assets are a heavy-oil-type of operation, and that means that your break-evens are higher. If you can add efficiency, you can bring that lower. In the Netherlands, we have a slightly different focus on technology, which is around shallow gas. We are one of the leading companies when it comes to shallow gas development in the North Sea. That is an expertise that we utilise just in the north of Holland, but that we think can be transferred to other areas in Europe and beyond, such as in Asia, where there are many shallow gas opportunities.
Basically, understanding more technology that can be adopted is important.

What values are important to Petrogas when it comes to working in the oil and gas industry in Oman?
We won an HR award in March 2018, which tells you that we are serious about investing in our people. We see ourselves as a tight family. We have worked to ensure that we are empowering our people and, in doing so, developing them as well.
If you look at the oil crisis from 2015 to today, we, like everyone else, obviously have clamped down on costs and looked at what we could do better. But we never sacrificed investing in our people. That is what the HR award is about. The same goes for HSE. For a company to operate well, you need a number of pillars to support it. HR and HSE are two of these.
We are in a pretty extreme environment, an environment where accidents do happen. It is important for us that we do not have one of our people go home injured. HSE is a key principle of our group, and that is something we push across to our subcontractors. About 80% of workers in-field belong to other companies working in partnerships. We work together with our subcontractors to make sure we have the same principles and systems in place.

What types of partners are you looking for?
A strong track record in operating is important. We also look for someone who could bring in expertise – not just money – as well as technical resources and an understanding of a particular environment. The most important factor is like-mindedness. We have had some friction with other management teams in the past. We need partners who encourage mutual trust across the entire team, and who have an open mindset and a similar risk profile.

How important is it to have developed industrial safety standards in Oman?
In a way, we do have a common, if not official, uniformity of standards that has developed over 40 years of the oil industry in Oman. It is a relatively small country. PDO is the largest player in the industry in Oman, so a lot of PDO’s philosophy does get adopted by other companies. The same contractors who work for us work for PDO, Oxy, CCED, etc. If a contractor transfers a rig from CCED to us, they still share the same working philosophy, and it makes our job easier. People shift through the industry and the contractors are the same.
However, basic, uniform standards across the industry would make our job even easier. Organisations such as OPAL [Oman Society for Petroleum Services] are doing a good job in unifying these standards.

How significant is Oman for Petrogas?
Oman is extremely significant. It makes up about 70% of our production, and I imagine it will always be the dominant contributor to Petrogas. While we are now an international company and focus on growth across a number of geographies, Oman remains a top priority

Are you looking at any opportunities in Latin America?
No, because of the distance. Colombia is known to have a fantastic fiscal environment, maybe one of the best. That could be the best country in Latin America for a company such as ours. We also know there has been a lot of interest and change in Mexico. It is not in our focus now. Companies in Calgary and Houston would be far better-positioned than we are. However, it might deserve investigating at some time.

What is the key competitive advantage that Petrogas has over other E&P companies?
The key competitive advantage in the Omani sector is that we are the first and oldest independent local E&P company here. We have been operating since 1999, and we have endured several cycles. We have learned a lot from that. Before that, we were in the oilfield services sector. The services sector is different from E&P in many ways, but the challenges are more numerous in the former. We came in with the mentality that we needed to operate, to make things happen and to deliver. That philosophy has served us quite well in the E&P sector.

For more information on Petrogas E&P, see our business intelligence platform, TOGYiN.
TOGYiN features profiles on companies and institutions active in Oman’s oil and gas industry, and provides access to all our coverage and content, including our interviews with key players and industry leaders.
TOGY’s teams enjoy unparalleled boardroom access in 35 markets worldwide. TOGYiN members benefit from full access to that network, where they can directly connect with thousands of their peers.