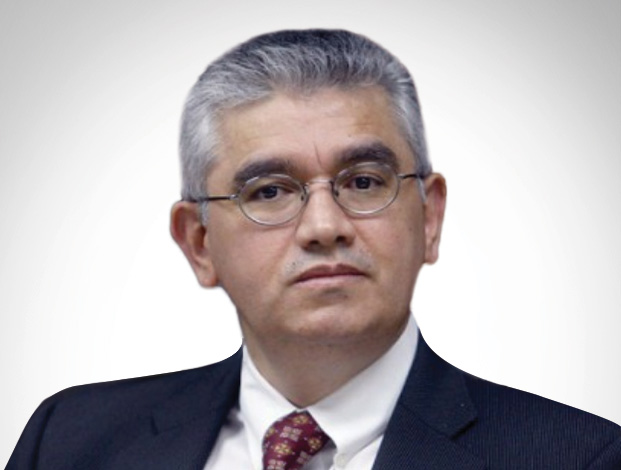 More work is needed to make the business environment outside the hydrocarbons sector sufficiently attractive to foreign investors and to support economic diversification.

Lisandro Abrego, deputy division chief of the IMF’s African department, talks to TOGY about its assessment of Equatorial Guinea’s economy under the fund’s 2018 staff-monitored programme, the country’s dependence on the oil and gas industry and the adjustments necessary to diversify the domestic economy and make it more attractive to investors.

• On diversification efforts: “More work is needed to make the business environment outside the hydrocarbons sector sufficiently attractive to foreign investors and to support economic diversification.”

• On key strategies: “The Horizon 2020 development plan is a useful tool for thinking about the future direction and goals of the country, the resources required to achieve those goals and the attendant tradeoffs implied. Of particular note on the achievements under the first phase of the plan has been the modern physical infrastructure that has been installed in Malabo, Bata and other parts of the country. Going forward, this infrastructure can be leveraged to support economic diversification.”

Most TOGY interviews are published exclusively on our business intelligence platform, TOGYiN, but you can find the full interview with Lisandro Abrego below.

What initiatives has the IMF recently been involved with in Equatorial Guinea?
In May 2018, our management approved a seven-month staff-monitored programme for Equatorial Guinea for the January-July 2018 period. The programme entailed no financial resources, and its primary aim was to help the EG government tackle its macroeconomic imbalances and help launch key structural reforms, while building an adequate track record of performance as the basis for discussions regarding a potential programme with financial assistance later this year. The programme had two assessment dates: end-April and end-July 2018.

What were the key findings from the IMF’s July 2018 visit?
During the July visit, we assessed performance through April. We found that the implementation of the programme through April had been broadly satisfactory. Despite substantial economic difficulties, the government had made good progress in implementing the economic programme, contributing to the adjustment strategy of the CEMAC [Central African Economic and Monetary Community] region and launching economic reforms.
More specifically, we found that the government had virtually met all quantitative programme fiscal and monetary targets through April, thanks to increased fiscal discipline. This was reflected, among other variables, in higher non-hydrocarbons tax revenues and lower expenditures that allowed for the reduction of the budget deficit beyond the programme target. This took place in an environment of low inflation.
This said, our assessment was also that the economic situation remains difficult, with falling GDP and hydrocarbons production. However, there are signs of a slight recovery in the non-oil sector, which in 2017 experienced modest positive growth for the first time since 2013. Non-hydrocarbons GDP is expected to continue expanding in 2018. The fiscal deficit reduction and higher oil prices are helping the country’s balance of payments, but Equatorial Guinea still needs to rebuild its foreign assets and raise its contribution to the international reserves of BEAC [Bank of Central African States].
We also found that Equatorial Guinea was moving forward with the implementation of measures to reform the economy. This progress included improvements in tax administration, better tracking and control of government spending, adoption of measures to improve the business climate, and taking steps to promote good governance and improve fiscal transparency. The latter includes the ratification of the United Nations Convention against Corruption and the increased dissemination of fiscal data through a newly created website at the Ministry of Finance, Economy and Planning.

How vulnerable is the country to oil and gas price fluctuations compared to other markets in the Gulf of Guinea region?
The economy of Equatorial Guinea is highly dependent on hydrocarbons. Data for 2017 indicates that the country’s oil and gas exports represent 98% of total goods exports, compared to 85% and 69% for the Republic of Congo and Gabon, respectively. Similarly, the country’s fiscal oil and gas revenues represented 70% of total government revenues, compared to 31% and 32% in the Republic of Congo and Gabon, respectively.
Therefore, fluctuations in international oil and gas prices can have a large impact on the country’s economy. The government of Equatorial Guinea is fully aware of the importance of greater economic diversification and is developing initiatives aimed at transforming the economy and making it less dependent on hydrocarbons.

What main factors hamper the ease of doing business and attracting investment in Equatorial Guinea?
As indicated previously, Equatorial Guinea’s economy is dominated by the hydrocarbons sector. In recent years, given the continued decline in hydrocarbons output and the 2014 plunge in oil prices, the government has been making deliberate attempts to diversify away from hydrocarbons. These efforts are being guided by the Horizon 2020 development plan and involve reforms to improve the business environment and boost private investment in the non-hydrocarbons sector.
Discussions with actual and prospective private investors for EG usually identify several key factors that hamper investment and doing business in the country. These include complex and time-consuming bureaucratic procedures; a visa system that does not speedily facilitate visits of investors and tourists to the country; limited information on the economy, including on public finances; and stringent investment requirements, with legislation prescribing that foreign investors need to have a local partner who will contribute 35% of capital.
Some of these problems are being addressed by the government. For example, it has adopted measures to simplify and reduce bureaucratic procedures, has started to publish more fiscal information and, in April 2018, it removed the local partner requirement. These steps are welcome, but more work is needed to make the business environment outside the hydrocarbons sector sufficiently attractive to foreign investors and to support economic diversification.

What has been the impact of the Horizon 2020 initiative?
The Horizon 2020 development plan is a useful tool for thinking about the future direction and goals of the country, the resources required to achieve those goals and the attendant tradeoffs implied. Of particular note on the achievements under the first phase of the plan has been the modern physical infrastructure that has been installed in Malabo, Bata and other parts of the country. Going forward, this infrastructure can be leveraged to support economic diversification.
This said, following the oil price collapse of 2014 and the subsequent economic recession in the country, the authorities have rightly decided to review this plan, taking into account achievements thus far and the new economic and financial realities that the country now faces. This review is scheduled for March 2019 and the resulting plan will be used to guide economic diversification and sectorial policies going forward.

What are the most promising economic areas for diversification?
In this context, a key sector with much potential, in my view, is tourism. Equatorial Guinea has all the ingredients to be a tourism destination. In particular, this sector can leverage the natural beauty of the country, its vegetation, the landscape and the seascape, which remains relatively undiscovered and underexplored.
Importantly, phase one of the Horizon 2020 plan has already installed some tourism sector capacity, in terms of hotels and highways, ports and airports. More is needed to develop the tourism sector, including more active promotion and marketing of Equatorial Guinea as an international tourism destination, streamlining the procedures for getting a tourist visa to enter EG, making movement around the country easier and training local staff to operate the industry at all levels. The fisheries and agricultural sectors also have much potential, given that the country is naturally well endowed to exploit such activities.

How can Holding Equatorial Guinea 2020 contribute to diversification goals?
The concept of Holding Equatorial Guinea 2020 is a good one. That is the agency created to centralise and improve the management, efficiency and profitability of non-hydrocarbons assets owned by the state of EG. A key part of the agency’s work is the design and investment – as a minority shareholder – of co-investment projects with the private sector.
Nevertheless, activity has not been as originally envisaged, likely due to the investment and business environment obstacles previously identified. That said, as measures are taken to reduce some of these barriers to private investment and as the business environment improves, some of these co-investment projects are likely to be of interest to the private sector, both in EG and abroad.

What methods can be used to strengthen the financial capabilities of the local services sector?
During the past decade or so, the government developed an ambitious investment programme for infrastructure and the banking sector played an important role as a supplier of credit to construction companies.
The sector is currently adapting to the new environment of lower oil and gas prices and declining production, which has led to a significant reduction in public capital spending. Although the local banks are interested in providing funding to SMEs and other enterprises not related with the construction sector, NPLs [non-performing loans] and other sector weaknesses are hindering the robust growth of bank credit.
The reduction of NPLs – which should be made possible by the ongoing strengthening of public finances and repayment of debt to construction companies – and the continuous support of the regional bank supervisor, COBAC [Central African banking Commission], will be crucial to strengthening the banking sector and placing it in a stronger position to provide credit to SMEs.
Also, the government needs to undertake measures to improve the business environment in this sector as well, with legal and financial public infrastructure such as credit or land registries playing a crucial role to reduce informational frictions, as well as foster credit growth and, more generally, financial inclusion.

For more information on Equatorial Guinea’s oil and gas market, see our business intelligence platform, TOGYiN.
TOGYiN features profiles on companies and institutions active in Equatorial Guinea’s oil and gas industry, and provides access to all our coverage and content, including our interviews with key players and industry leaders.
TOGY’s teams enjoy unparalleled boardroom access in 35 markets worldwide. TOGYiN members benefit from full access to that network, where they can directly connect with thousands of their peers.