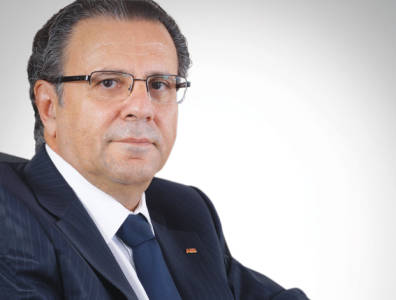 A high-voltage power transport grid utilised by power-exporting countries is necessary to distribute power over long distances while minimising losses.

ABB’s CEO of Egypt and central Africa, Naji Jrejiri, speaks to TOGY about the lagging power grid in Egypt in the face of increasing power generation and power export ambitions and how power security is key to fuelling Egypt’s economic pillars. Switzerland-headquartered ABB is involved in electrification and power grid upgrades in Egypt.

Significant progress in the power generation sector has been made during 2015. However, the electricity grid remains largely unaddressed. Grid efficiency is about improving the distribution and transportation of generated electricity. In order to deliver power to all the industrial sectors, both the generation and distribution sides of the equation need to be upgraded, since they are interdependent. Otherwise, if the distribution grid lags behind power generation developments, it will not be able to accommodate the increases in generation and put enhancement efforts in vein.

POWER UP: The amount of generated power today is not well distributed in Egypt because the underlying network is weak. In addition, the power generation-distribution disparity is expected to grow with the upcoming addition of 15 GW in power generation over the next two to three years as part of the government’s plans to boost power generation.
The current grid will not allow Egypt to export electricity regionally and internationally. If the current low voltage power transportation legacy technology is utilised, it will cause severe power losses on the way. Therefore, a high-voltage power transport grid utilised by power-exporting countries is necessary to distribute power over long distances while minimising losses.

CLUSTER TOGETHER: The industrial investment cycle in the country is on hold since power availability is not guaranteed. For example, refinery expansion and new plant construction projects by foreign investors are coming to a halt because there is no sufficient power to fully operate them.
Some industrial players are adopting an alternative to address the power deficit by generating their own power. Large-scale projects, where power-plant investments are more justified, are especially prone to this. The model is more feasible when businesses in one industry are geographically clustered. Multiple businesses share the benefits and risks associated with building their own power plants and sell excess power to the main grid, providing a win-win situation for the industry and national power supply.

STRONG PILLAR: The fertilisers industry is one of the largest and most power-intensive industries in Egypt. Additionally, it is an effective foreign currency generator for the government since it exports the majority of its products. For fertiliser production companies, maintaining the power supply and production stability is crucial to competition in international markets.
The industry is adopting the power plant sharing model since it has the advantage of sharing one industrial area in the Alexandria region. On the other hand, ceramics and cement production industries are less fortunate since they are geographically scattered and thus cannot economically justify building a 50-MW power plant for each factory.