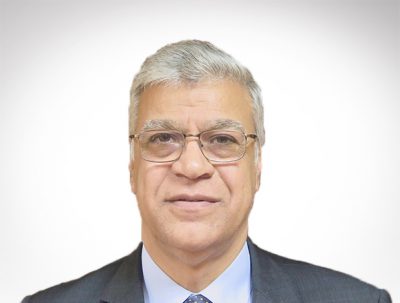 We still aspire to achieve more gas discoveries in the Upper Egypt region, where we aim to intensify our exploration activities.

How are IOCs participating in Egypt’s expanding oil and gas industry?
The oil and gas industry is one of the most dynamic industries in Egypt. Its activities represent most of the foreign direct investments in the country. Substantial economic growth in the region and the demand for electricity has increased the growth of oil and gas exploration and production, and this has led to an increase in Egypt’s proven hydrocarbons reserves.
The Egyptian government encourages IOCs to participate in the oil and gas sector, and currently more than 50 IOCs are operating in the country. Egypt has signed a total of 63 E&P agreements since June 2014.
In 2018, two international bidding rounds were announced to offer new upstream opportunities. One bid round covered 16 concession areas, mostly in the Mediterranean Sea, under the Egyptian Natural Gas Holding Company (EGAS), in addition to 11 concession areas under the Egyptian General Petroleum Corporation (EGPC).

What is Ganope’s role in unlocking Upper Egypt’s potential?
Since its establishment in 2003, Ganope’s international bid rounds have resulted in 28 concession agreements, with a current 14 agreements and six development leases.
In Ganope’s working areas, oil is produced from different development leases by six joint-venture (JV) companies with Ganope and 10 JV companies with EGPC that are supervised by Ganope.
Extensive efforts have been exerted in collaboration with EGPC to refine crude oil in the Assiut Oil Refining Company (ASORC), which has achieved 91.5% of the planned quantities, providing approximately 94% of the Upper Egypt governorates’ requirements.
Since 2006, Nile Petroleum Marketing Company, one of Ganope’s subsidiaries, has established and operated 68 integrated fuelling and service stations. Currently, 19 stations are under construction in the Upper Egypt governorates, six stations of which are nearly completed.
On behalf of EGAS, Ganope supervises the work done by gas network executing companies in the Upper Egypt governorates. Ganope participates in concluding the agreements required to deliver natural gas to all kinds of customers located in the Upper Egypt governorates.

What are the details of the latest multi-client seismic surveys to map Upper Egypt’s potential?
Ganope is confident that its working areas, which represent two-thirds of Egyptian land, are fortunate to have access to significant untapped oil and gas reserves. As there is a huge data scarcity in this geologically challenging area, Ganope has launched multi-client seismic survey projects. We have two multi-client projects, one for an offshore survey in the Red Sea and the second for an onshore survey in Upper Egypt. In addition, we have a third project in co-operation with the Nuclear Materials Authority of Egypt. The three projects have a total cost of USD 780 million.
The offshore Red Sea multi-client project includes 2D and 3D seismic surveys of the entire Red Sea economic waters, in addition to marine gravity and magnetic surveys, as well as reprocessing of all current data. After signing the contract, the company undertook all of the efforts needed to achieve the first phase of the project, especially thanks to the support of the Ministry of Petroleum and through full co-ordination with all relevant governmental agencies to obtain the necessary approvals.
A 10,904-kilometre-long 2D-seismic data survey was accomplished, in addition to marine gravity and magnetic acquisitions, in conjunction with the seismic survey. This was done by making use of all the available techniques on research vessels, which help in having a clearer picture of the subsurface structures and the expected oil reservoirs.
The onshore Upper Egypt project, the second multi-client project to collect geophysical data in the onshore area south of latitude 28 degrees, was awarded to TGS. The contract includes gravity survey acquisitions using eFTG or FTG techniques, reprocessing all the current data, conducting a seismic survey for 10,000 kilometres as well as carrying out geological and geophysical studies.
The initial expected cost is USD 50 million for the airborne survey only. We are currently taking procedures to establish the mechanism to bring the techniques to carry out the project.
The joint project with the Nuclear Materials Authority of Egypt to execute aeromagnetic and airborne gravity surveys for the open areas is divided into several phases. Ganope has achieved this year’s target by finishing the aeromagnetic and gravity survey for polygon 3 and 4.

In line with Minister Tarek El Molla’s statement that 2019 would be the year of the Red Sea, Ganope has launched the first-ever international bid round for the Red Sea. What is the Red Sea development strategy?
The entire world witnessed the strong efforts made during 2018 to finalise the first phase of the offshore Red Sea multi-client project, to acquire a high-quality, extensive, regional dataset and thus promote these areas to be launched in international bid rounds.
As an early promotion for this bid round, Ganope, in co-ordination with the ministry, undertook exceptional approaches starting with the Red Sea exploration workshop that was held in Hurghada in November 2018. This workshop achieved record results in the number of participants, and the submitted technical papers and the topics discussed all had a positive impact on international companies. The continuous dialogue between the ministry, Ganope and major IOCs to improve the agreement terms and conditions will incentivise our partners to pump in more investments.
In March, Ganope officially announced Egypt’s offshore Red Sea international bid round for 2019. The bid round includes 10 exploration blocks in the economic waters of the Red Sea. The data reviewing and mandatory data packages are already available and will be so until August 1, 2019, the bid round closing date.
The offers will be evaluated after that date and the potential bidders will be announced during the last quarter of this year. The activities of promotion, bidding, evaluation and awarding of licences in the Red Sea will continue throughout 2019, so as Minister El Molla stated, 2019 will be the year of the Red Sea.
Ganope, together with exploration and JV companies, has developed an ambitious exploration drilling plan for 2019, including drilling 10 wells in exploration areas and a further 10 exploration wells in current fields, in addition to many development wells. We are aiming to achieve an average production of 25,000 bpd through this drilling programme.

What brought about Egypt’s current structural reforms, such as the modernisation project?
The Egyptian government’s seriousness about reform resulted in the modernisation project, which has become an essential part of the oil and gas strategy and its work plans, aligned with the framework of integrated vision of energy lasting to 2030. The current structure of Egypt’s oil and gas sector is not optimal and is in need of alignment with international best practices.
The Egyptian Ministry of Petroleum has accordingly launched a comprehensive modernisation project, which consists of seven priority programmes. The second pillar of the programme is directed at reforming the sector’s structure into separate policy, regulatory and operational entities, focusing on sector structure reform.
It comprises a mandate to redesign the sector’s structure, demarcate the roles of different entities to improve their focus, align governance with international best practices and explore opportunities for the rationalisation of sub-scale operators. To operationalise the new sector structure, further work is required to develop detailed process design for the newly formed entities and an associated monitoring framework.
Egypt’s transformation into a free gas market was started by the issuing of the gas law and establishment of a gas regulatory authority, giving companies the right to trade their gas. Egypt has also been repaying its IOC arrears, which have fallen to one-fifth of the previous total, with the expectation that they will be cleared by 2020.
Rising production has seen Egypt cease to import natural gas, moving back into export territory. Fast-tracking the development of new gas discoveries, enhancing infrastructure and optimum utilisation of associated gases are all efforts being made to boost production.
There is no doubt that producing areas in Egypt have enormous and promising oil and gas potential, and we still aspire to achieve more gas discoveries in the Upper Egypt region, where we aim to intensify our exploration activities.

Apart from the bid round, what other plans do you have in the pipeline for 2019?
Our efforts will continue to achieve more success. In parallel to the bidding period for the Red Sea, we are evaluating the onshore areas to prepare another bid round that will be ready to be launched directly after the closing of the Red Sea round.
We will fulfil our commitments with our concessionaires by following up the exploration activities and supervising the JVs’ operations to maximise the oil production of the current fields, in addition to supporting all downstream activities in the Upper Egypt governorates, aiming to satisfy domestic demand for petroleum products in addition to delivering natural gas.

Do you have projects to further develop unconventional and geothermal opportunities?
With the sustained increase in economic activity and local demand for energy, a major transformation to unconventional and new energies will become inevitable. Ganope is identifying and developing unconventional resources, especially shale oil and geothermal, within the strategy of the Ministry of Petroleum to diversify Egypt’s energy mix and to add new sources as alternatives to oil and gas.
Regarding shale oil resources, Ganope has been preparing an electronic database that contains all the available information and data regarding the presence of shale oil in Upper Egypt. This is to facilitate the study and evaluation of shale oil, especially in the Red Sea (El Quseir-Safaga), an area which is now available for investment. Ganope has also started to evaluate shale gas resources in the East Aswan area, in co-operation with one of the biggest companies in this field.
Geothermal activity also witnessed the assigning of a feasibility study to generate electricity from this source to a German centre of excellence in the Hamam Faraun and Ayon Mousa regions. This was done by a committee formed by Ganope and the New and Renewable Energy Authority.
MoUs and co-operation agreements were signed between Ganope, the New and Renewable Energy Authority and the National Research Institute of Astronomy and Geophysics. The aim of these agreements is to achieve integration and co-operation between national entities to utilise these resources.