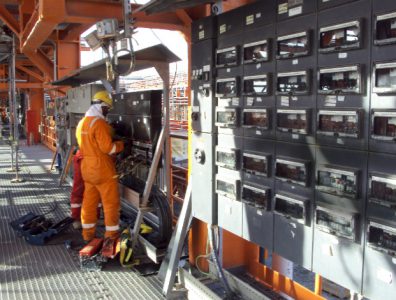 Dozens of wells in Mangystau and Kyzylorda were abandoned during the 1990s as technology was insufficient to make them viable.

The government of Kazakhstan and exploration and production companies are introducing new technology to brownfields that were once abandoned as too hot, too high pressure and too toxic to be viable. But even with the latest technology: challenges remain.

Rejuvenating mature fields is an important task for oilfield services companies in Kazakhstan. In 2014, Minister of Economy and Budget Planning Yerbolat Dossayev clarified that oil production at existing fields must be increased to compensate for the losses caused by yet another delay to the giant offshore Kashagan project.

Development of the field discovered in the north Caspian Sea near the city of Atyrau in 2000 has not gone according to plan. Management disputes, severe budget blowouts and the latest pipeline failure due to corrosive hydrogen sulphide have halted the flow of oil, a stoppage expected to last until the second half of 2015.

As the energy industry in Kazakhstan accounts for about a quarter of the national economy and 80 percent of exports, government ministers have called for the intensification of drilling and enhanced oil recovery methods to meet financial targets.

Oil Services Company (OSC), a 100-percent subsidiary of national oil and gas firm KazMunayGas, is responsible for the drilling and development of wells in addition to the injection of various chemicals in mature fields. OSC drilled more than 90 wells in 2013.

AGEING FIELDS: Most of Kazakhstan’s mature oilfields were discovered in the 1960s and are located in the south of the country in the oblasts of Mangystau and Kyzylorda. However, according to OSC general director Oryngali Umirzakovich Telekusov, dozens of wells in Mangystau and Kyzylorda were abandoned during the 1990s as technology was insufficient to make them viable.

OSC, with approximately 3,600 employees, is working closely with MangistauMunaiGas to redevelop the abandoned wells and boost hydrocarbons production. Drilling activities and expansion plans in newer fields such as Tengiz and Karachaganak, both discovered in 1979, are anticipated in the near future.

Telekusov is aware that “even though Tengizchevroil is capable of drilling new wells, mature fields should not and cannot be abandoned due to targets set by the government.” The Chevron-led consortium of Tengizchevroil will increase production by drilling more wells for its Future Growth Project (FGP).

The further development of oil and gas technology is necessary for operators and oilfield services companies to get the most out of ageing fields. Exploration has been ongoing in the Atyrau oblast, located in the Pricaspian lowland, for more than 100 years and is still benefitting the community in that region.

Furthermore, advances in technology could lead to the discovery of another giant field comparable to Kashagan, which has an estimated 13 billion barrels of oil in proven reserves. Telekusov argued that a field that big would only be found 7,000 to 8,000 kilometres deep in the Caspian region.

Not discouraged by the geological difficulties, the Kazakh government is determined to continue investing in exploration activities. In May 2014, Nurlan Sauranbayev, then the vice-minister of industry and new technologies, announced that $660 million would be allocated from the state budget for geological exploration over the next five years. A total of 1,128 square kilometres will be surveyed in various pockets of the country, he said. With exploration moving ahead, Telekusov believes drilling in Kazakhstan “will only slow down if there is a major decline in the price of oil.”

NEED TO FRACTURE: Telekusov said, “60 percent of Kazakhstan’s oil reserves are still deep underground, and with regards to hydraulic fracturing and shale gas production in the Western world, the country can continue exploring oil and gas for another 300 years,” The transfer of oil and gas technology and know-how, including that for hydraulic fracturing, will increase the longevity of exploration and production in Kazakhstan. OSC is already engaged in hydraulic fracturing and the presence of foreign companies such as Schlumberger and the UK’s Petrofac is beneficial to the industry overall.

In 2013, a memorandum of understanding was signed between Petrofac and KazMunayGas Exploration and Production to improve the efficiency of oil production in the mature Emba fields belonging to EmbaMunaiGas. The production enhancement contract will help boost production from mature fields.

However, Telekusov said that services provided by foreign companies are too expensive and this discourages Kazakh operators such as MangistauMunaiGas from seeking their expertise. In many cases, the price demanded by these companies is not justified by the quality of services provided.