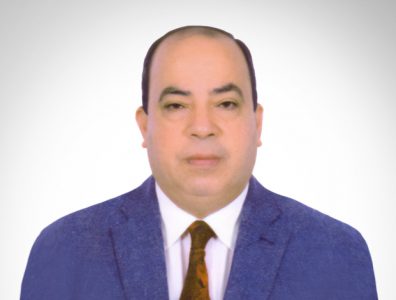 The forecasted growth in global demand for polypropylene is double that of polyethylene.

Mossad El Kasaby, chairman and CEO of Sidi Kerir Petrochemicals Company (Sidpec), talks to TOGY about the company’s current operations and expansion plans and how its products can serve as a catalyst for other industries in Egypt. Sidpec is a state-run producer of ethylene and polyethylene.

What are Sidpec’s expansion plans?
Sidpec is looking to erect a new project to produce 500,000 tonnes per year of propylene and 450,000 tonnes per year of polypropylene. The tender has already been issued for the propylene unit and we are expecting to receive offers by April. We are also starting to prepare the invitation to bid for the polypropylene unit.
The estimated total invested capital for the project is USD 1.5 billion for both units, including the required utilities and the inside and outside battery limit.
Concerning the licences, we have already reached agreements with two of the best licensors worldwide. For the propylene unit, we reached an agreement three months ago with Honeywell UOP, an American licence that is recognised worldwide.
For the polypropylene licence we have made an agreement with Grace, another world leader in this area, and have already signed a contract with them. My colleagues visited them last month to finalise some of the technical data concerning the materials, processes, instrumentation and so on. We are preparing the technical and commercial tender and expect to be ready to tender the project by April.

How is Sidpec contributing to Egypt’s National Petrochemicals Master Plan and serving as a catalyst for other industries that will be using your products?
Indeed, polypropylene, for instance, can be used in different industries and new SMEs can be established based on this, further transforming and adding value in Egypt. In addition, at a secondary stage, we have super absorbent polymer (SAP), which is used for soft tissues for baby and ladies’ products. We are looking to erect a second phase for this SAP plant and produce 50,000 tonnes per year.
There are many small and medium-sized industries that could benefit from a polypropylene feed. In addition, this will also satisfy our local demand for SAP; as Egypt imports it from Europe and America, we would be contributing to import substitution.
We have not taken a licence for SAP yet. After the issuing of the polypropylene licence in May, we can enhance the agreement for a licensor and put a plan together for SAP production.

How are you integrating with and taking advantage of the synergies with your sister companies?
We already have an agreement with Ethydco under which we will be using electricity generated at their power station. There will be no problem concerning power as we have already signed the contract. As for the feedstock, as explained before, we have signed a contract with Gasco, which will be providing us with the necessary feedstock. We try to take advantage of the synergies and maximise them to the benefit of Egypt.

What is your vision for the future?
There is a very positive environment in Egypt, and we are all working towards the same goal. The country is placing a great focus on petrochemicals and refining. For instance, there is talk of establishing a refinery and petrochemical complex in New Alamein, with an estimated cost of USD 8.5 billion.
As for Sidpec, we are part of a recently established petrochemicals logistics services company, owning a 20% stake. Echem [Egyptian Petrochemicals Holding Company] owns 20% and Ethydco the remaining 60%. This will help us to secure feedstock while also assisting us in exporting our products. We are looking forward to increasing our capacity and finishing the arrangements and construction of the polypropylene plant.