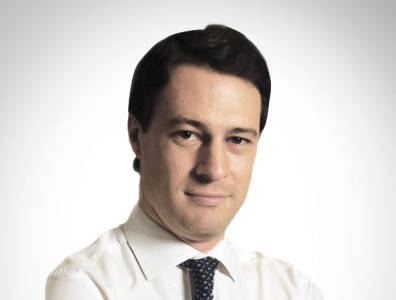 The province awards unconventional projects, the unions come up with specific work conditions for these unconventional fields and the companies invest in them.

Expand on all fronts in Argentina

Hugo Eurnekian, CEO of Compañía General de Combustibles (CGC), talks to TOGY about the company’s E&P developments in southern Argentina, the advantages of the Santa Cruz framework agreement and working in the midstream sector.

CGC was formed in 1920 as transporter and marketer of fuels. The company now specialises in E&P activities in the domestic hydrocarbons industry and is also engaged in gas transportation, having entered the midstream sector in 1992. In Argentina, CGC holds stakes in more than 30 oil and gas blocks and is involved in three gas pipelines.

• On the Austral Basin framework agreement: “The province awards unconventional projects, the unions come up with specific work conditions for these unconventional fields and the companies invest in them. The national government confirmed that it would take steps to make this happen. These developments would be paramount, not only for tight gas, but also for shale, because this source rock also has potential.”

• On growth prospects: “The company has a lot of potential for the development of transportation assets in Vaca Muerta and could offer solutions such as natural gas treatment and others for the new production being developed in that region.”

Most TOGY interviews are published exclusively on our business intelligence platform TOGYiN, but you can find the full interview with Hugo Eurnekian below.

What have been CGC’s latest developments in the Austral Basin?
Since the end of 2016, our biggest project there has been tight gas at Campo Indio-El Cerrito. We finished the pilot phase halfway through 2017. It consisted of testing monobore wells, which are wells with a thinner casing and no tubing. We have three directional wells in one location, and we also have horizontal wells with 10 fracturing stages. By the end of 2017, we had about 30 wells in total.
We set up a second drilling rig in August 2017, which is completing a short campaign. In 2018, we’ll have two permanent drilling rigs, and three in 2019. The full development of the project consists of about 400 wells, with an investment of approximately USD 1.5 billion. The resource is in the order of 1 tcf [28.3 bcm], and production will peak at nearly 8 mcm [282 mcf] per day. This is one project of several that we have in the basin.
In addition, we’ve gained a new exploratory area, Tapi Aike. We presented a private initiative for four areas in September 2017, but in the tender we just bid for Tapi Aike and won. The concession was awarded to us by the province last October. YPF got operatorship of El Turbio, and Enap Sipetrol got operatorship of El Turbio Este.
We’re preparing a 2018 exploration campaign in Fracción C, Fracción D and Tapi Aike. Between the three of them, the campaign will cost USD 150 million. We will have 15-20 exploratory wells and 3D-seismic testing over 3,000 square kilometres. This will be an important step in the development of the basin.

What was the importance of the agreement signed between the unions of Santa Cruz, the provincial government and E&P companies?
On September 28, 2017, the operators of the Austral Basin signed an agreement with the unions regarding unconventional activities. The goal is to replicate the model that they have in Neuquén, Resolution No. 46, which would fix an incentive price for the Austral Basin. Santa Cruz would be the second province to have this scheme in place.
The province awards unconventional projects, the unions come up with specific work conditions for these unconventional fields and the companies invest in them. The national government confirmed that it would take steps to make this happen. These developments would be paramount, not only for tight gas, but also for shale, because this source rock also has potential.

How has CGC been able to improve efficiency and reduce costs?
When we took operation of the areas in 2015, we were drilling vertical wells at USD 4 million-5 million each. Today these wells cost us USD 2 million each. The key was changing the design, using monobore technology, exchanging the drilling rig for an automatic rig, which is faster, and drilling three wells from the same location.
Also, the process from pilot stage to development that I mentioned earlier went hand in hand with a reduction in drilling and operational costs. We set up the horizontal wells with 10 fracturing stages with an expense of more than USD 6 million, and we’ve managed to reduce it by 10% over 2017. Actually, we believe we can reduce it even more.

How has the new regulation regarding imports of second-hand machinery affected your operations?
It will be helpful, but for the moment, we’re working with equipment that we already have. Eventually, it could be useful for bringing things in from Chile, which is right next door.

What is the outlook for CGC’s operations in mature fields?
We’re always applying new technology. The biggest mature field we have at the moment is Condor. It has been an important one for the country, and one of the reasons for the construction of the San Martin pipeline, which goes from there to Buenos Aires. We have more than doubled Condor’s production with our new techniques.

How do you expect CGC’s midstream business to progress?
We’re very active in the midstream segment of our business. We are shareholders in the GasAndes export and import pipeline connecting Argentina and Chile, the TGM [Transportadora de Gas del Mercosur] export pipeline connecting Argentina and Brazil, and TGN [Transportadora de Gas del Norte].
TGN has had a transformational year with the updated tariff regime, which is part of the current government’s efforts to normalise the industry and reduce governmental intervention. Regarding TGN’s growth prospects, the company has a lot of potential for the development of transportation assets in Vaca Muerta and could offer solutions such as natural gas treatment and others for the new production being developed in that region.

Is CGC involved in any new developments in the midstream sector?
With regards to new business development in our midstream segment, we are currently very excited about our development of Argentina’s third LNG regasification terminal. It has a very unique and original design that gives it a competitive edge due do its location and proximity to consumption centres. It’s an offshore terminal in the La Plata River, and is Argentina’s only project located in the Buenos Aires metropolitan area.
The pipeline is designed to enter Buenos Aires city at its two most important consumption points: the Central Puerto and Central Costanera power plants, located on the city’s coast. The terminal will have a 55-kilometre subsea pipeline that will reach those two key points.
The additional crucial advantage of the direct connection to Buenos Aires is that when there are peaks of consumption and cold weather is forecasted for Buenos Aires, Enargas [National Entity for Gas Regulation], which dispatches the gas, needs to start curtailing consumption a week before so that when the cold front arrives, there’s enough natural gas to supply the residential segment, considered the most sensitive.
Currently, Enargas needs to plan dispatches one week ahead, running the risk of preemptively cutting the gas supply excessively. This is due to the nature of natural gas, which is a compressible fluid with a very slow transportation speed, combined with Argentina’s natural gas structure, where production centres are located hundreds and even thousands of kilometres away from the main consumption centres.
With this new infrastructure, thanks to its fast response capacity, you only need to plan a day or two ahead. This will result in massive savings, reducing the curtailments and giving security and stability to the system.
Our terminal will inject natural gas opposite to where the Argentinian natural gas distribution system injects gas in Buenos Aires, reinforcing the network at its weakest point, where gas is needed the most. By injecting gas at this point, our terminal frees up a lot of capacity for gas distribution into Buenos Aires, releasing current capacity restrictions.
An additional advantage is that due to its location, it doesn’t obstruct Paraná River traffic or the country’s agricultural exports, which is often not the case in other riverways. Lastly, it will have a regasification capacity of up to 30 mcm [1.06 bcf] per day. For these reasons, our project has many advantages over the competition.

How is the company preparing for a future surplus of natural gas?
During peak winter consumption periods, we need to import gas. That’s why the regasification project makes sense. We will always be short on gas in the winter, but for the other seasons, we should develop our export market and work on investing in optimising electrical power. Those are two ways of dealing with surplus.

Given the results of the 2017 midterm elections, how do you think the political climate will evolve in the province of Santa Cruz?
I think that the worst is behind us. A lot of pressure was put on the provincial government, and it is still going through some difficult situations, but slowly and surely, it is finding a way to move forward.
The national government is also proving to be pragmatic and it’s looking for bipartisan solutions. In mid-October 2017, Minister of Energy and Mining Juan José Aranguren was visiting the province, and he looked at our oilfields and the tight gas project.
The government is also giving a pricing scheme to Santa Cruz to promote the development of unconventional gas. As you can see, there is an interest in attracting investment and promoting growth that goes beyond political differences.

What are CGC’s goals for next year?
In 2017, our gas production increased by 50%. In 2018, we should increase our oil and gas production by another 30%. We have investments and projects for 2018 in Angostura and Río Negro, which will be very important.

For more information on CGC in Argentina, including the company’s FSRU development plans, see our business intelligence platform,TOGYiN.
TOGYiN features profiles on companies and institutions active in Argentina’s oil and gas industry, and provides access to all our coverage and content, including our interviews with key players and industry leaders.
TOGY’s teams enjoy unparalleled boardroom access in 35 markets worldwide. TOGYiN members benefit from full access to that network, where they can directly connect with thousands of their peers.