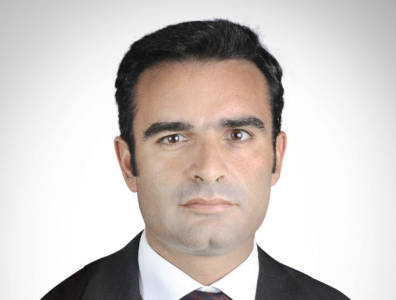 We also need to understand and act upon all the other factors that exist in order to improve the business environment and bring investment into the country. That will mean taking into consideration the legal framework and legal establishment.

Fernando Vilhena e Mascarenhas, the management and risk consulting partner of KPMG Angola, talks to TOGY about the state and outlook of the Angolan economy, the new private investment law and development of local content. KPMG Angola was established in 2010.

• On outlook: “There were some problems in the operation of existing fields and also some new projects that were not able to go forward, which impacted not only 2017 but will affect 2018 and also the next years.”

• On the investment climate: “We also need to understand and act upon all the other factors that exist in order to improve the business environment and bring investment into the country. That will mean taking into consideration the legal framework and legal establishment. Every investor will be worried about what they have to do and the profits they will get.”

Most TOGY interviews are published exclusively on our business intelligence platform TOGYiN, but you can find an abridged version of our interview with Fernando Vilhena e Mascarenhas below.

Do you see signs of economic recovery in 2018?
I see strong challenges that Angola will still have to deal with in 2018 and in the forthcoming years. In 2017, we were impacted by the fact that the oil and gas industry, the main source of public revenue, suffered a 5% reduction in production. There were some problems in the operation of existing fields and also some new projects that were not able to go forward, which impacted not only 2017 but will affect 2018 and also the next years.
That 5% fall in production, although it is compensated for in part by higher international oil prices, is a negative impact on the economy and a reduction of resources in the national budget. We need to think of the connection of the oil and gas industry and all other economic sectors. Just as an example, this reduction of activity in the oil and gas sector will have a negative impact in terms of infrastructure and real estate, which will in turn affect other industries: construction, services, etc. We cannot disconnect the oil and gas industry from other industries in the economy. It is a negative feedback loop; everything that impacts the oil and gas sector will somehow impact the other sectors as well.

What is the medium-term outlook for the market?
If you look to 2018 and the next years, my concerns are related to the lost opportunities, all the projects that were not approved. There were a significant number of contracts that Sonangol has not approved. 2017 was a year of turbulence that impacted the way the oil and gas market operated here. We saw delays and projects that were not approved and that will impact this year and years to come. My concern is what will happen in the next years. There is a projection from the International Energy Agency that predicts that the production for Angola will be 1.29 million barrels per day by 2023, which is a significant reduction in output and works out as around USD 3 billion in lost revenue, all other things being equal plus the taxes. That is the same amount roughly that Angola spends yearly to import food.

Will the private investment law unveiled recently have an impact on the FDI of Angola?
It is important. It changed some specific concepts from the old law and operating model, which is good. Although the idea behind the old model, not putting everything under the same umbrella and diversifying who approves investments, was good, at the end of the day the ability of different ministerial departments to do that was not so consistent.
Removing these inconsistencies is important, but it is just one of the things that needs to be done to bring foreign direct investment back to Angola. We also need to understand and act upon all the other factors that exist in order to improve the business environment and bring investment into the country. That will mean taking into consideration the legal framework and legal establishment. Every investor will be worried about what they have to do and the profits they will get. So this will be a very good first step. We understand that there are other initiatives that will be carried out to improve the business environment and make it easier to do business. But it must be consistent. It is not enough to just act on the new investment bill.

How has the devaluation of the kwanza here impacted firms?
The sort of economic structure we have in Angola, still with a strong dependence on imports, means that devaluation of the currency will have a strong impact on inflation, what we call a pass-through effect. That means devaluation will result in increased inflation, as a significant number of production factors are pegged to international prices. There is no significant buffer to accommodate local sourcing, so it is not a matter of generating competitiveness by devaluation. Other countries have done that in the past, but this is not something we can expect to achieve the same results here, because our local production is still not competitive. Prices are increasing, which impacts the entire economy and we need to deal with that.
The side effect is that all companies’ costs are being pushed up by this effect, the most direct being salaries. We have to see how much the market can really accommodate, because this means losing margins for everyone. It also means that things are changing from a business risk perspective, which is another variable we need to take into consideration. There was a big discussion about whether Angola was going into hyperinflation, officially, which would have a big impact on the way the financial services world sees Angola. Fortunately, that was not the case. That would have made a bigger impact in terms of the overall macroeconomic environment related to financial services companies.

What is the importance of Angola within the African market?
It is a significant market. It is not the largest market currently, but we need to see it in perspective. Nigeria and South Africa are large economies and require a large amount of services. But Angola is a very important country in terms of the way that we see Africa due to the diversity of the country, and also to the expertise the firm has locally.

For more information on the Angolan market, see our business intelligence platform, TOGYiN.
TOGYiN features profiles on companies and institutions active in Angola’s oil and gas industry, and provides access to all our coverage and content, including our interviews with key players and industry leaders.
TOGY’s teams enjoy unparalleled boardroom access in 35 markets worldwide. TOGYiN members benefit from full access to that network, where they can directly connect with thousands of their peers.