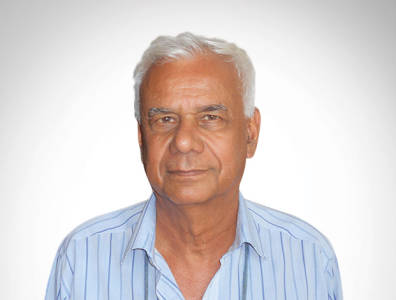 Krishna Persad, founder and CEO of the KPA Group, talks to TOGY about the geology of Trinidad and Tobago and the region, the country’s hydrocarbons profile, and opportunities and challenges around implementing EOR with carbon dioxide injection. KPA Group is involved in geological surveys and exploration in Trinidad and Tobago.

• On incentivising eor: “The ideal thing would be for the government to levy no SPT [Special Petroleum Tax] for EOR projects for the first 10 years. Production has been incremental over the years, due to barriers such as the SPT, which also stifles CO2 EOR investment. If we give an exemption to production from CO2 EOR, five years would be the minimum because of the capex required.”

• On being competitive: “There is a lot more gas to be found all along the margins, including around Venezuela and in Grenada. As time goes on, we can import gas from Venezuela and Grenada, or even from Guyana. Once that happens, Trinidad will be forced to become competitive.”

Most TOGY interviews are published exclusively on our business intelligence platform, TOGYiN, but you can find the full interview with Krishna Persad below.

Is EOR with carbon dioxide injection feasible in a low oil price environment, considering initial investment costs?
It is to some extent, but in Trinidad we have a unique situation. We have a resource that is being wasted. In the USA now, the challenges are around CO2 because in the beginning they drilled up CO2 fields, but those fields are being fully utilised. In Trinidad, CO2 is being vented from ammonia plants. CO2 is being released into the atmosphere at 300 mcf [1.13 mcm] per day. People in the USA would kill for that. Trinidad has just been letting CO2 go into the atmosphere for 40 years now.
Trinidad is different in that it takes 3 mcf-8 mcf [84,960-226,560 cubic metres] of CO2 for each barrel of oil to come out; that is an average of 5 mcf [141,600 cubic metres]. If CO2 is USD 2 per 1 mcf [28,320 cubic metres], it adds about USD 10 to your barrel cost. If it is USD 3 per mcf, then it would be about 25% of your barrel cost. Rather than having to pay USD 2 per mcf, we should be getting it free because as a country, we have subscribed to the Kyoto Protocol and the Paris accord. Now we have to find a way to sequester that CO2 at the Point Lisas Industrial Estate.
EOR with CO2 works very efficiently with light, sweet crude and it also works well with heavy crude, but you get less total return.

Is the capture and sequestration of carbon dioxide a large part of the government’s plans to reduce emissions?
Yes; you start with the low-hanging fruits, which are the ammonia plants. You collect CO2 from those, bring it in and inject it into the ground. About 45% of that will come back out of the ground with produced fluids. You can collect that, recompress it and bring it back into the stream.
In the US and Canada, they strip out the CO2, sell the natural gas and put the CO2 back into the ground. It is recycled. Canada was the first country that was consciously trying to sequester. They piped it from North Dakota into Canada in the 1990s, injected the CO2, collected it, then it came back out and they reinjected it.

What would help incentivise EOR with carbon dioxide injection?
The ideal thing would be for the government to levy no SPT [Special Petroleum Tax] for EOR projects for the first 10 years. Production has been incremental over the years, due to barriers such as the SPT, which also stifles CO2 EOR investment. If we give an exemption to production from CO2 EOR, five years would be the minimum because of the capex required.

Aside from implementing EOR, how can Trinidad and Tobago increase its global competitiveness?
Realistically, operators here can find a lot more gas. There is a lot of promise for 2018 and 2019 in our deepwater plays.
Guyana is a stop margin and we are the take margin. The Guyana-Suriname Basin is a triangular trap door representing an incipient pull-apart margin. There is a lot more gas to be found all along the margins, including around Venezuela and in Grenada. As time goes on, we can import gas from Venezuela and Grenada, or even from Guyana. Once that happens, Trinidad will be forced to become competitive.

What are the geological similarities between Trinidad and Tobago and Guyana?
Around 80-90% of the production in T&T is from the Pliocene and the rest is from the Miocene and Oligocene. There is no older production. The source rock is Cretaceous. The oil has migrated up into the shallower reservoirs. The source rock is pretty much the same in Guyana, Suriname and Venezuela, going all around South America – it is Cretaceous.

Why is so much of the oil in Trinidad and Tobago highly viscous?
If the oil is shallow and you have communication with rainwater coming down, it brings aerobic bacteria. Aerobic bacteria will eat light oil. You can do tests and see that the oil gets lighter and lighter as you go down below because of the aerobic bacteria.
Another phenomenon that we have in Trinidad is evaporative fractionation. Basically, oil leaves the source rock and goes into a deep reservoir and gets trapped there. It may stay there for 20 million-30 million years. Then, tectonics come through and there is faulting, and some of the oil at the lighter end leaks out into shallower reservoirs, so the opposite happens. Heavy, waxy oil gets left behind and light oil, gas and condensate leak up. We have found this to be fairly ubiquitous off the east coast and onshore; in the Gulf of Paria, not completely.
There are some places where you have other oils that are either non-biodegraded because they do not have access to meteoric water, or biodegraded if it is near the surface and has access to meteoric water. Oil is 9 degrees API at 1,300 feet [about 395 metres] in the South West Peninsula and there is condensate at 300 feet [about 90 metres] because the shale is completely sealed.

What makes Guyana’s crude so light and sweet?
In Guyana, the oil, reservoir and source are on the same horizon. It just migrated from one Cretaceous shale into the Cretaceous sands. That is deep, at 18,000 feet [about 5,485 metres]. There has been no leakage due to evaporative fractionation because there are no tectonics. There is no biodegradation because aerobic bacteria do not survive below 6,000 feet [about 1,830 metres].
In Guyana, when plates break apart, they form an aulacogen. They pull apart in a triangular shape, so the condensate all goes up to the point of the triangle.
The Guyana Basin is to the northwest, sloping down into the basin on Suriname’s side, so sooner or later, the discoveries that have happened in Guyana will happen in Suriname. They have already happened, because in Suriname, the oil has leaked down, with what we call distance migration, up into the onshore fields – more than 100 million barrels of heavy oil that is biodegraded.

For more information on Trinidad and Tobago’s oil and gas resources, see our business intelligence platform, TOGYiN.
TOGYiN features profiles on companies and institutions active in Trinidad and Tobago’s oil and gas industry, and provides access to all our coverage and content, including our interviews with key players and industry leaders.
TOGY’s teams enjoy unparalleled boardroom access in 35 markets worldwide. TOGYiN members benefit from full access to that network, where they can directly connect with thousands of their peers.