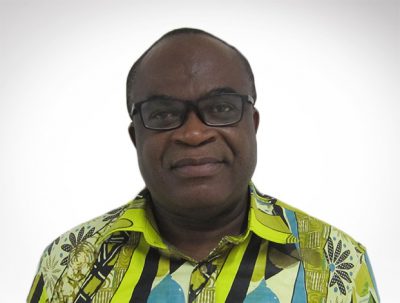 LPG is the future because the oil that we're taking out from the wells is associated with a lot of gas. We're priming ourselves to take advantage of that associated gas.

Kwaku Agyemang-Duah, the CEO of the Association of Oil Marketing Companies, talks to TOGY about standards in the distribution sector, development of the downstream sector and the outlook for the NOC’s expansion.

On market liberalisation: “Margins are nosediving due to the many issues plaguing the industry. However we’re at a time when we have to really improve our safety and operational standards.”

On fuels: “LPG is the future because the oil that we’re taking out from the wells is associated with a lot of gas. We’re priming ourselves to take advantage of that associated gas.”

On the market: “The industry is becoming more dynamic than it used to be, especially what is at the exploration sites. Everybody wants to enter the industry. There’s a lot more streamlining of regulations to be done to ensure a level playing field for everybody. That’s where the main challenge lies.”

Most TOGY interviews are published exclusively on our business intelligence platform TOGYiN, but you can find an abridged version of our interview with Kwaku Agyemang-Duah below.

How has your role in regulating and ensuring standards across the industry changed since the sector became more liberalised in 2015?
It has become more challenging. We need to work a lot with our regulators almost concurrently. Every facet of the industry, one way or the other, has been affected by the industry liberalisation.
When the industry was deregulated, the real change was that the competition amongst our members for market share increased. Previously an OMC was guaranteed a certain market share and margins. This is not the situation now as due to price liberalisation, OMCs compete with margins.
Before 2015, the state determined our margins. Though we now set our margins, these margins are nosediving due to the many issues plaguing the industry. However we’re at a time when we have to really improve our safety and operational standards. We are caught between those two things; the margins are low because of competition. People really compete to the point that we have nothing to compete on except for our margins. There is a likelihood to sacrifice on safety and operational standards.
In addition, trying to maintain our standards has become very difficult, especially if we don’t have the economics of scale. If you have an oil marketing company, and you have less than 20-30 retail outlets, it becomes very difficult for you, but if you have quite a number of them, your economies of scale will work for you.

Is it better for the consumer now?
It is. The consumer is happy, and that’s good for the government as well; it is no longer on the government’s back if the prices of fuel go up. Consumers are happy, but we are struggling. One of our biggest challenges now is that our volumes have been going down in the whole country. Prior to that, this industry used to grow 3-4% per year. From 2016 to 2017, it has been going down.
All of a sudden, we see a massive and unbridled proliferation of illegal fuel sales. Some persons bring fuel into the country, not through the main doors, but through illegal ports, from the high seas, and it is becoming an issue of serious concern. We drew the attention of the government, and the NPA is working on it but it looks like every time you block their way, they find another way. We held a press conference in May last year and in September-October, we saw the volume going up, but then in November-December it started going down again.
In this business here in Africa, especially in Ghana, we make a lot of volume sales in December because of Christmas, but in January it goes down when money is dry. So we realised in December we were not making enough sales through our retail outlets, and the government’s revenue dropped in line with that because the people who were selling the illegal fuel were not paying their taxes. The net effect is that our stock in reserves in the retail outlets is very high. It used to be seven to 14 days that we could be without, but now we’re going beyond 30 days.
If we sit down and analyse the figures, we would realise that the volumes are dwindling in certain hamlets and they need to be replaced. It is difficult to honour our tax obligation, which is supposed to be 25 working days. With international oil prices now soaring, you cannot really get your margins up. That is really difficult, and OMCs are not really getting their margins.

What is the outlook for the construction of a new refinery?
It is going to happen; it will be very close to Tema refinery. An oil refinery needs time to be put up, but we have a couple of mini-refineries.

Ghana Oil Company wants to expand and become a bigger player in the upstream sector. What is your assessment of that direction?
Ghana Oil Company is state-owned. The state owns 49% of their shares and 51% is on the stock exchange. They have their issues because they only do backward integrations; now they even have a BDC. This becomes a strategic issue for the government. The industry, as far as the government is concerned, is under 21% of the market share, and they rise with the other private sectors which are involved. The government always has a foot in the industries.

What is the quality of the fuel sold in Ghana?
We have basic fuel of 95 octane, but we are going very low with the sulphur content, we’re heading towards 50,000 ppm. We have very good quality, and it’s monitored. We have a fuel market similar to Kenya and Uganda, so people can pay their taxes, which is also one of our quality measures. We are consistent in our quality; NPA and we do not joke with quality. I’ve always said quality begins with us because we’re in the business and we are good consumers. It doesn’t lie with the regulators, it lies with us.
Something very important, aside from sulphur content, is that there are car companies that may look for specific fuel to sell to their clients. Bring any car you want, and you can get the fuel for it. It’s a competitive age for some of our members, and they are utilising it very well. For us it’s a very liberalised market. If you come here and you want something, there’s someone to supply it.

What is the outlook for the sector?
LPG is the future because the oil that we’re taking out from the wells is associated with a lot of gas. We’re priming ourselves to take advantage of that associated gas. Now we are able to have a quota from the Jubilee field, which we are getting ready to utilise more. We’re looking at how we can explore a way to break through with that. And for us, as an association, we’re seeing a lot more challenges in trying to deal with this illegal fuel menace.
How can we get our margin to such a rate that we’ll be able to get our service standards up? We see the future in industrial technology. We’re willing to employ technology in our retail outlets, realising that there are more people employed than necessary in some places.
The industry is becoming more dynamic than it used to be, especially what is at the exploration sites. Everybody wants to enter the industry. There’s a lot more streamlining of regulations to be done to ensure a level playing field for everybody. That’s where the main challenge lies.

For more information on the Ghanaian market, see our business intelligence platform, TOGYiN.
TOGYiN features profiles on companies and institutions active in Ghana’s oil and gas industry, as well as providing access to all our coverage and content, including our interviews with key players and industry leaders.
TOGY’s teams enjoy unparalleled boardroom access in 35 markets worldwide. TOGYiN members benefit from full access to that network, where they can directly connect with thousands of their peers.
Business intelligence and networking for executives: TOGYiN