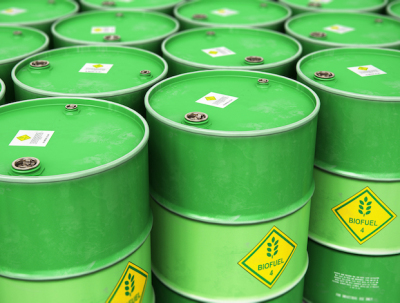 Despite the challenges posed by the pandemic, Indonesia is continuing to roll out an ambitious biofuels programme which is set to change the course of its hydrocarbons journey. Crude palm oil (CPO) has emerged as a homegrown solution to dependence on petroleum imports and biofuels have launched the country onto a more sustainable track.

Indonesia boasts the most vibrant economy of Southeast Asia and has taken confident steps to become a middle-income country. Its large population has made the archipelago a market in itself, having spurred, for example, an automotive sector that today is among the largest in the world.
This has triggered the need for more transport fuel, which is experiencing 5% year-on-year growth, representing a major part of Indonesia’s energy demand. As a consequence, domestic oil demand (1.8 million bopd) has greatly exceeded Indonesia’s total crude output (781,000 bopd). To bridge this gap, the government has relied on fuel imports, which in turn have deepened the country’s trade deficit and weakened its energy security. It is here where biofuels have come into play.
Since 2006, Indonesia has aimed to consolidate its strong biofuels market by increasing blending targets, as well as developing bio-refineries and granting subsidies to its producers. This ambitious bio-programme has come a long way, and recent efforts have been made to boost the domestic use of the commodity, aiming to save up to USD 4.5 billion by reducing diesel imports in 2020.
The push for biofuels is also a means to mitigate carbon emissions. The Ministry of Energy and Mineral Resources (MEMR) is placing a strong bet on biofuels to ultimately create a self-sufficient and eco-friendly energy industry.

PIONEERING BIOFUEL: Indonesia is the largest global producer of CPO, generating more than 42 million tonnes per year. Its vast plantations cover 118,000 square kilometres, an area larger than Portugal or South Korea. The oil has become one of Indonesia’s most precious natural resources, now mainly used as raw material for the production of biofuel. Government plans include the future achievement of a fully CPO product (B-100) which will ultimately be a substitute for fossil fuels.
Indonesia is spearheading one of the world’s most ambitious biofuels programmes, comparable to those of the USA and Brazil, majors in bioethanol. This journey started with Presidential Regulation 1/2006, which called on the minister of agriculture to encourage activities concerning the cultivation and development of raw material plants for the production of biofuels. Consecutive regulations have been rolled out, facilitating the acquisition of permits to utilise critical or abandoned land and forests for agrology.
MEMR has established a progressive biofuels roadmap which stipulates minimum blending targets for transportation, power generation and industrial and commercial use. In 2018, the government implemented the directive to use blend B20, which includes 20% fatty acid methyl ester (FAME) and 80% diesel, across all sectors. This move has become a milestone in the country’s bio-quest.
Pertamina has steered the whole process, not only distributing products through its retail branches, but also supplying chemical compounds such as sodium methylate oxide to companies for them to commercialise their own B20 diesel. The NOC has also increased its investment in bio-based fuels in order to accelerate the launch of future targets and ultimately attain fully renewable biofuel. The latest benchmark was achieved this year, with the successful introduction of B30.
Similarly, the government has supported these blending targets with subsidies, as biodiesel prices tend to be higher than those of petroleum fuels. The market price index of biofuels is regulated by MEMR through monthly decrees but follows a standard formula. Unfortunately, turbulence caused by the dual shock has disrupted both prices and plans, delaying the much anticipated B40 trials which had been due in April 2020.

ENVIRONMENTAL PARADOX: Biofuels have received increased attention, being at the centre of numerous debates regarding Indonesia’s transition into a more sustainable and low-carbon economy.
In theory, biofuels are considered a renewable source of energy, which has become a centrepiece in the country’s pledge to reduce greenhouse gas emissions by 29% by 2030. And certainly, a number of benefits are associated with their use.
Firstly, biodiesel emits 67% less carbon dioxide (CO2) and 48% less carbon monoxide emissions than petrodiesel. Secondly, biofuels are technically the easiest and most direct alternative to fossil fuels, given their similar physical and chemical composition. Lastly, CPO has vast potential as a cost-efficient feedstock for biofuels production, which could reduce or even eliminate the ties tethering Indonesia’s economy to foreign oil imports.
However, great scepticism surrounds the sustainability of the CPO industry and, therefore, biofuels. The country has one of the world’s highest deforestation rates as a result of palm plantations. In 2019, a total of 3,240 square kilometres of rainforest were lost, which equates to 187 million tonnes of CO2 emissions.
Further, experts note that the two largest sources of greenhouse gases in Indonesia are precisely deforestation and peat loss caused by the land use and fires that palm oil exploitation entails. Another issue is the impact fires and haze have on the region. From here, questions arise as to the real environmental costs and benefits of biofuels. As a result, in January 2018 the EU, the second-largest global importer of palm oil, banned the use of CPO for biofuels production starting in 2020.
Government policies have recently been introduced to support a more sustainable CPO industry, aligned with environmental health. A moratorium has been imposed on the conversion of forests into palm oil plantations. “This has sent out a clear message: forests should remain forests,” Agus Budi, senior adviser at the Indonesian Energy and Environmental Institute, told The Energy Year.

A BIOFUELLED FUTURE: The dual shock has hampered Indonesia’s biofuels programme. The government expects to produce 9.4 million kilolitres of B30 this year, but concerns surround the viability of such a scheme amid the crisis. The global drop of oil prices and pressing supply glut have exacerbated the price gap between petrodiesel and biodiesel, rendering biodiesel uncompetitive and in need of further subsidies.
The Oil Palm Plantation Fund Management Agency, responsible for subsidising biofuels, has granted a USD 195-million recovery package for the CPO sector, with nearly all of this destined to fund biodiesel. To further support the sector, the government has also modified the market index price formula. In addition, levies imposed on CPO exports, which are used to subsidise biodiesel, have been increased by USD 5 per tonne to create value.
Despite the crisis, the government is determined to see the light at the end of the tunnel. After months on hold, B40 trials have been resumed, with the new mandate expected to be in place by July 2021. The MEMR has proceeded with the testing of two different B40 products: one which contains 60% diesel and 40% FAME and a second newer version that is made up of 60% diesel, 30% FAME and 10% ultra-distilled FAME.
Pertamina is investing in the idea of a bio-fuelled Indonesia, seen in its plan to test 3% palm-based jet fuel by the end of the year. The company’s breakthrough, however, came in July 2020, when it announced the production of a first batch of 100% green palm oil diesel. Although still in the testing phase, the so-called D100 will most certainly become a turning point for Indonesia’s biofuels.