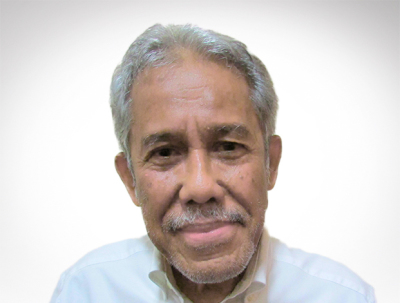 In the downstream sector, the most important factors are connectivity and being able to deliver at the right time.

Rudy Radjab, president-director of Kreasindo Resources Indonesia, talks to The Energy Year about the impact of Indonesia’s Refinery Development Master Plan (RDMP) and new incentives for private refining projects. Kreasindo is constructing one of Indonesia’s first private refineries, slated to process up to 300,000 bpd.

What importance have the RDMP and Grass Roots Refinery (GRR) programmes had for the development of Indonesia’s downstream sector?
The RDMP was based on the fact that most of the six refineries Pertamina operates are ageing. These are 30-40 years old, with the newest one, Balongan, having been built in 1996. Since then, no new refineries have been built. This is why the RDMP is a must. Questions arise as to what is the best solution. Is it a matter of scrapping the oldest refineries and building new ones, or is it more about upgrading the existing ones?
The combined capacity of these six Indonesian refineries is 1 million bpd. However, they are only producing around 800,000 bpd. Meanwhile, our consumption stands at 1.4 million bpd, which means that we have a deficit of 600,000 bpd. If the RDMP can start running smoothly, then it will cover that gap.
In addition, to cover the estimated 2-million-barrel demand increase by 2025, Pertamina has planned the construction of both the Tuban and Bontang refineries, each with a capacity of 300,000 bpd. This shows that Pertamina is anticipating developments in supply and demand via schemes such as the RDMP and GRR projects, which are crucial.

What new prospects do we see in the development of refineries in the country?
The fact that the country has not seen the construction of new refineries in recent years is basically because there have not been sufficient funds. These projects will need more than USD 35 billion, which is a huge investment that cannot be provided by Pertamina only. In addition, the return on investment for these types of projects is long term.
We now see that foreign companies such as Saudi Aramco are taking an interest in investing in Indonesia’s refining sector, which is a positive sign as FDI is needed. The country has ambitious prospects, seen for example in the National Energy Council (DEN) projections for 2050 energy demand, which state that we will need a total refining capacity of 3 million bpd by 2050 to cover the high demand projections, which reach 2.5 million bpd by 2025.
This suggests that there is plenty of work to be done in this sector. This is also evidenced in the low security of our supply, which will only last for 22 days. Thus, we are still a long way from countries such as Singapore or Japan, which have supplies for 40 and 60 days, respectively.

How has the introduction of new decrees incentivised private refining projects?
Decree No. 146/2015 on the Construction and Development of Domestic Oil Refineries has been a breakthrough step aiming to escalate and speed up the development and corresponding funding of refineries. It facilitates funding not only by state-owned companies such as Pertamina but also by PPPs and private enterprises. The decree has made conditions more favourable for the private sector through certain incentives which have paved the way for a swifter development of the downstream in recent years.
This is also aligned with Presidential Decree No. 35, which allows private refineries to sell their own product directly to consumers. Once you have the refinery investment, you immediately receive licensing for storage, transportation, shipping and retail. These legal steps clearly show that Indonesia is open for downstream investment. Yet the problem is that no company in Indonesia’s private sector can currently pursue project development because there is no market guarantee.

To what extent does Pertamina hold a monopoly over Indonesia’s downstream sector?
One could say that Pertamina is the biggest downstream player. Although the market was opened up to other players a decade ago, the best locations and licensing are still in Pertamina’s hands. Consequently, companies such as Petronas and Shell cannot compete with Pertamina. This suggests that we still need more time for international players to come into Indonesia’s downstream market. This will make it much more competitive.

Where does Kreasindo stand in its plans to construct one of the country’s first private refineries?
The plan has been in the oven for a few years. In 2015, the EPC agreement was signed with Sinopec and supported by China Construction Bank and Sinosure as the insurance company for the funding. In addition, an initial long-term agreement for feedstock supply from Iran was established. But sanctions imposed by the US on Iran in 2017 hampered our prospects and left the project on hold. In 2019, we saw the light again as we established commercial contacts with Iraq to start importing crude oil. This has reactivated the project plans for the refinery.
As of today [January 2020], we are in the EPC negotiation stage and we aim to set it up this year. In this regard, we are looking for a turnkey EPC contractor. For example, SK Energy is ready to do the EPC, but we have to provide the offtake guarantee first.
Secondly, it is likely that we will join with Petronas for the EPC and petrochemicals projects, since they have the experience in this field. Lastly, we are pushing for Pertamina to be a major offtaker. It is a tortuous process, as normally the funding will not be agreed by any party if an offtaker is not on board but at the same time an offtaker will not commit if there is no funder assigned to the project. It is a classic chicken or egg scenario.
Therefore, one needs everything in place, and the best way is to first secure the crude oil, then find offtakers, then get the land and ultimately the funding. Funding is not the last priority, but once you secure the other three, funding is much easier to get. We are already in the process of harnessing the different matching pieces of the puzzle.

What are the characteristics of the planned refinery?
We estimate a capacity of 150,000 bpd with the possibility of a second train which will bring the total capacity up to 300,000 bpd. Moreover, the investment in this refinery will be USD 5.2 billion. We intend to be only the initiators of the project and will not operate the refinery, which will be an integrated complex that includes petrochemicals. Here, our intention is to maximise naphtha output in order to produce petrochemicals, which are experiencing high demand in Indonesia and the region.
As for the intended offtakers, initially AOT was interested in 50% of our product, leaving 50% to Pertamina. Moreover, gasoline and LPG will be marketed domestically, while we are also thinking of exporting gas oil to the Philippines as a potential market. China is also a market we could consider.

What would Indonesia need to optimise its downstream network?
One has to have a clear picture of the local demand that includes ambits such as households, the automotive industry and the industrial sector. We must also consider that we have 17,000 islands here, and connectivity is crucial. How can you supply your product with a price that won’t result in a loss? This opens up the need for alternatives.
A viable option would be to build five or six refineries with small capacities near Indonesia’s crude oil sources. These would be situated in locations at no more than 100 kilometres’ distance from the end users, with capacities of 10,000 and 20,000 bpd.
In the downstream sector, the most important factors are connectivity and being able to deliver at the right time. Here, storage is also a key element. We need to build as much storage as possible in Indonesia to anticipate demand.