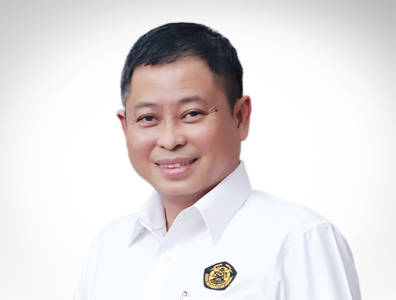 In Southeast Asia, we have the largest market. Half of the regional market is made up of 10 places, half of which are located in Indonesia. The demand is growing.

Ignasius Jonan, Indonesia’s minister of energy and mineral resources, talks to TOGY about the government’s plans to expand electrification in the country, efforts to attract investment and oil prices. The ministry functions as the country’s energy regulator and engages mainly in the development and implementation of national policy towards a sustainable and secure energy supply.

On electricity tariffs: “We have to make sure that the electricity we provide to the people is affordable. It will be useless if we have so much to offer, but people can’t afford it.”

On oil prices: “No one can dictate the market price of oil and gas. Nobody, not even the Argentinians, Saudis or Americans. The sector have to produce as efficiently as possible.”

On efficiency: “If the country gives up too many concessions in this kind of environment of low prices, perhaps we will regret in the future. My point is that we have to have more efficient operations.”

Most TOGY interviews are published exclusively on our business intelligence platform TOGYiN, but you can find an abridged version of our interview with Minister of Energy and Mineral Resources Ignasius Jonan below.

How would you describe the current state of Indonesia’s energy sector?
Previously, President Joko Widodo assigned me as the minister of transportation. The experience gave me significant insight on how to meet the demand for energy in Indonesia by considering the very spacious and diverse environment. If I could describe the width of Indonesia, I would say that a direct flight from the very west to the very east of Indonesia will take around seven hours. This is the same time we would need to fly from Jakarta to Tokyo. And if we directly fly from the very northern part to the very southern part, it will take at least three and a half hours. The social dynamic is very different from one area to another, so our biggest challenge is providing equitable energy.
We have to agree on a value that energy is for the people; energy is no longer solely for business because electricity is for the people, as I said. We focus on supplying energy for the people. We focus on electricity. The electrification ratio back in early 2015 was around 88%. Now it has reached 92.8%, and we expect in 2019 it will reach at least 96%. That means that 96% of the population will have sufficient electricity supply. That’s the goal.

How are you planning to achieve this 96% electrification target by 2019?
First, we’re continuing the 35 GW programme, and 20 GW of the programme has to be in operation by the end of 2019. We will continue the project until 2024, so it will be implemented.
The second aspect is the distribution of electricity. The electricity grid system should be built all over the islands in Indonesia: from the very northern part of Indonesia to the very southern part and in the very remote islands.
The third part is affordability. We have to make sure that the electricity we provide to the people is affordable. It will be useless if we have so much to offer, but people can’t afford it. It will increase the public’s complaints. So we’re trying to make sure that the electricity business is more efficient.

What are production costs in the Indonesian market?
Pertamina is around USD 25 per barrel and in some areas it is around USD 30 per barrel. The smaller domestic operators may have total costs of operation, production or business as high as USD 40 per barrel. I am not happy if the oil price is around USD 50 per barrel, so they have to be more efficient.
People ask me whether we can boost exploration or production. I will answer “Yes, we can, but at a reasonable price.” If it is not reasonable, it will be very dangerous. If the country gives up too many concessions in this kind of environment of low prices, perhaps we will regret in the future. My point is that we have to have more efficient operations.

Why is the new gross-split mechanism causing so much uncertainty among upstream players?
In general, my understanding is that many of them are not happy because they cannot charge their head office for the cost of their overseas operations. That’s my take. In some cases, by using the new gross-split scenario we can negotiate the project cost lower and we can save around USD 250 million of USD 2 billion by only negotiating twice. That is a lot in cost savings.

What are the terms for Indonesia to rejoin OPEC?
OPEC members should allow some flexibility about not following their concessional cut on a regular basis. If not, there is no benefit for us. If we look at the reality, with all my respect for my colleagues from the Gulf countries, six months after the cut began, what has happened? Did we increase the oil price? No.
During the meeting in December in Vienna, I told them that the cut may not be effective because the issue is not only the cuts but also the demand for energy, new inventions/technologies and exploration activities, which have a big effect on oil price. In the US, there is a great deal of new production, which impacts global oil production. The pace of production increase in the Permian Basin is 100,000 barrels per month.

What are the opportunities in Indonesia for upstream players and international investors?
First of all, we do not treat overseas and local investors differently. We can offer a big market. In Southeast Asia, we have the largest market. Half of the regional market is made up of 10 places, half of which are located in Indonesia. The demand is growing.
The second thing that we can offer is a population with 40%, 100 million, under 18 years old. It’s big and will be a bigger market in the coming years.
The third thing we can offer is social and political stability. That’s the offer. Business is profitable. Many companies here have been operating for many years and the government never breaks their commitment to any investor in the world. We are committed.

For more information on the Indonesian market, including upstream opportunities, the government’s plan to raise power generation capacity and investment conditions, see our business intelligence platform, TOGYiN.
TOGYiN features profiles on companies and institutions active in Indonesia’s oil and gas industry, and provides access to all our coverage and content, including our interviews with key players and industry leaders.
TOGY’s teams enjoy unparalleled boardroom access in 35 markets worldwide. TOGYiN members benefit from full access to that network, where they can directly connect with thousands of their peers.
Business intelligence and networking for executives: TOGYiN