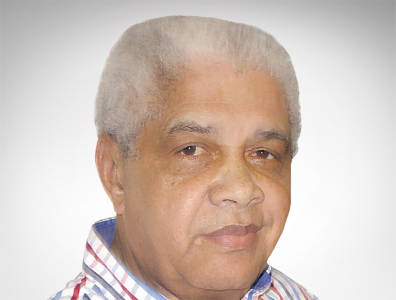 Even if the government has improved its targets, we say they must go further if they want to be competitive.

José Severino, the president of the Industrial Association of Angola (AIA), talks to TOGY about development in the country, the factors affecting investment, the new administration and the potential for regional co-operation.

• On the business climate: “Angola needs grow at a minimum of 9-12% per year. Growth at 3% or less is peanuts. We are pushing Angola’s resources and for good market conditions in order to grow much faster than today.”

• On investment: “We are also pushing to change the foreign investment law, mainly in infrastructure and tourism. There is no argument, from our point of view, to say that foreign companies who want to invest in Angola need to accept an Angolan partner with a minimum share of 35%.”

• On President Lourenço: “He wants to be clear, to improve the environment and to tell the international community that we will be against monopolies and oligopolies. We will open the market to be free for competition. This is a good signal.”

• On the region: “Angola is a good opportunity. Our geographic situation lends itself to a big market of 220 million consumers in the region. We have also very good connections for the Gulf of Guinea, so we can be a hub to support southern African countries.”

Most TOGY interviews are published exclusively on our business intelligence platform TOGYiN, but you can find an abridged version of our interview with José Severino below.

Could you give us an overview of the highlights from 2017?
We have been working with the government to reinforce our organisation, pushing links with companies, members and the market because of the financial and fiscal crisis. Companies are not having such a good time and have many worries. We have to be more accurate to see the best ways to sort out problems, working with the government and pushing it to changes.
One question is about the debt of the state to our companies. Secondly, now we are discussing new Customs policies, which will be discussed by parliament. We have been working for eight months on that. We are the main partner for the AGT [General Tax Administration], and we have the responsibility to introduce some modifications to give more support to national production diversification programmes and to push companies to export.
This year the government gave us permission to open an arbitration court to sort out conflicts between companies with greater speed. The courts take a long time. They have been improving, but our clients now have a modified arbitration system. Angola recently was recognised by the New York Arbitration Center. This is a good step, mainly so foreign companies can feel greater comfort discussing any problems with international arbitration. The environment is improving.
We are also pushing relations with neighbouring countries. We are a member of SADC [Southern African Development Community]. We worked to integrate a free trade zone. For that we are trying to connect to DRC and Zambia. Those countries have a market of 100 million consumers combined. We are a seaside country with railways and roads. Why not improve? We have about 2,400 kilometres of shared boundary, so why not increase our commercial relations with these countries? We believe those countries’ markets can offer about USD 6 billion per year. We have worked with ACOM, a European organisation that does commercial studies, to see what trading we can do between these three countries: Namibia, Zambia and DRC.
We as an association have been pushing to improve the environment. Even if the government has improved its targets, we say they must go further if they want to be competitive. We are also pushing to change the foreign investment law, mainly in infrastructure and tourism. There is no argument, from our point of view, to say that foreign companies who want to invest in Angola need to accept an Angolan partner with a minimum share of 35%. This law came about when oil was at USD 120 per barrel, and now it needs to change. Today the price is half of that. Even at that high price it was not good, but there was the financing to support local people. But it is no good for foreign investment or the business environment because it can crowd out local companies.

What does AIA propose to improve the business environment?
We want to eliminate tax breaks for raw materials, and we are also working to change the law regarding second-hand trucks. Small and medium-sized companies have no money to buy new trucks because they are very expensive and not even suitable for our roads. We are pushing to remove taxes on second-hand commercial vehicles for at least 10 years. Today they give permission for five years, but they are putting taxes on the vehicles that are inadmissible. There is no point in taxing them; it is a burden on SMEs. These have been our main targets for the past year.
We are also pushing the argument that the consumption tax is not good for local intermediate products. If you sell a bottle of water, the label is made by someone who paid the tax on the paper, and it becomes very expensive. When you export, you have exemptions and other countries have exemptions. But here you pay cascade taxes; you pay too much. We are working to avoid this to make our local production more competitive and safer for local producers. Some exemptions on taxes have been defended. For some we will defend more. We must produce raw materials in-country.

Should there be more industrial development outside Luanda?
We must do that. We must avoid the concentration of people in towns on the coast. That creates a vicious circle: More and more people come, there is less space, and you can never accommodate them. You have to invest.
AIA has been pushing for this for 20 years. Now the policy will be better received under the new government. Our policy is central and eastern Angola need investment and benefits. We must pay people who work in these regions more. We have proposed 50% more. Also give 45 instead of 30 days of holiday. You cannot make Angolans the same as foreigners and pay them the same as foreigners, but in these regions agriculture will be one of the solutions for sustainable industry. The raw materials for the agricultural sector come from the industry itself.
We are also trying to get the government to invite multinational companies to Angola. The president has received oil companies, why not receive multinational agricultural companies? We need their initial investment, regardless of your opinion of them. We want a situation where you pay them and the same day you have the goods. Today in Angola, you pay and then wait for months. It worked during the colonial era. The government must invite these multinationals here. Angola needs grow at a minimum of 9-12% per year. Growth at 3% or less is peanuts. We are pushing Angola’s resources and for good market conditions in order to grow much faster than today.

Is the new president is severing ties from the old regime, or is it more about encouraging more investment and foreign currency?
He wants to be clear, to improve the environment and to tell the international community that we will be against monopolies and oligopolies. We will open the market to be free for competition. This is a good signal. About Sonangol, there have been bureaucratic constraints on oil companies. These are obliged to change. It was time to change. A new mind, new vision. Nobody can complain. [Former Sonangol head Isabel dos Santos] must help the country in other areas.

What would you say to a foreign investor in Angola?
Angola is a good opportunity. Our geographic situation lends itself to a big market of 220 million consumers in the region. We have also very good connections for the Gulf of Guinea, so we can be a hub to support southern African countries. The DRC is a very big market, and we hope their political problems can be sorted out. Angola has connections to Zambia as well. Angola now has railways and ports. Angola has just 24 million consumers, but there are 220 million in the SADC. We can make a revolution in farming power and refined petroleum products. We can revolutionise the region. We can contribute to growth and mining. The region will have more peace, democracy and improvement. That is our vision for southern Africa.

Could there be a system of power sharing among Southern African countries?
We have a past of politics and wars. Still, the US and Japan were at war, but today they are very close. We allied countries should work more with all our neighbours, over many boundaries, in many industries. We must offer our solidarity to Congo. Our president went to South Africa in December, and we hope we can co-operate with them, mainly now on free movement of people. I know we have difficult connections. We have some knowledge of South African companies. When I talk with foreign ambassadors, I tell them if they want to improve relations with Angola, they should support their companies in South Africa. They are already in Africa. The Germans and the Dutch are improving. I am hoping that co-operation between our countries will help the whole region to flourish and compete in the world.