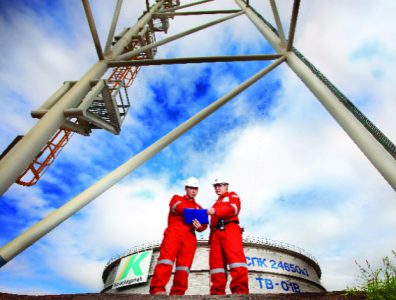 KPO and the Karachaganak field development

As of November 2014, the operator of the Karachaganak oil and gasfield, Karachaganak Petroleum Operating (KPO), had invested more than $17 billion into the development since signing a 40-year production-sharing agreement 17 years earlier, with the Republic of Kazakhstan’s government.

The field, located in the Uralsk Region of West Kazakhstan, occupies an area of more than 280 square kilometres and is estimated to contain 9 billion barrels of condensate and 1.36 tcm (48 tcf) of gas.

A final investment decision on a phase three expansion of the first stage of the field’s development is expected for 2017, dependent on government approval. It will come 13 years on from the completion of the second phase in 2004, with a view for completion of the entire project expansion in 2022.

ASSET VOLUMES: Construction works are pegged to begin in 2018, with the phase aimed at increasing recoverable crude reserves at the field by 733 million barrels of oil through gas re-injection and maintaining a liquids production level of 80.6 million barrels of oil per year and gas sales of 8 bcm-9 bcm (282 bcf-318 bcf) per year.

In 2013, KPO produced 136 million barrels of oil equivalent of stabilised and unstabilised liquid hydrocarbons, gas and fuel gas. Over 8.5 bcm (300 bcf) of dry sour gas was reinjected into the field, a volume equivalent to around half of the total extracted.

AGREED SHARE: While partial development of the field began in 1984, the large-scale development of the Karachaganak field initiated only after the arrival of international investors upon the signing of the production-sharing agreement in November 1997.

In 2012, Kazakhstan’s national oil and gas company, KazMunayGas, joined the Karachaganak partners, assuming a 10-percent stake in KPO, leaving UK-based BG Group and Italy’s Eni operating with a 29.25-percent share each, Chevron with 18 percent and Russia’s Lukoil with 13.5 percent.

NATIONAL PARTICIPATION: In 2013, the proportion of local content in KPO contracts for the supply of goods and services reached 50.2 percent, or $461 million.

As of November 2014, local employees filled 100 percent of KPO skilled and clerical positions and 94 percent of professional and supervisory roles. At the managerial level, nationals represented a 68-percent share.

In 2013, 4,000 national specialists from KPO were enrolled in industrial safety, technical competence, management development programmes, as well as language courses.