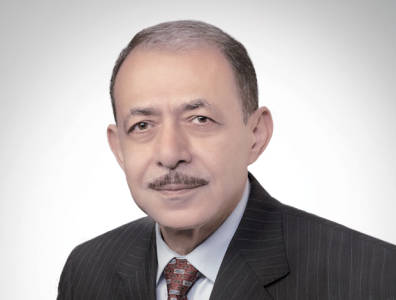 Mergers are an excellent tool to cut down fixed costs, gain economies of scale and leverage on the best resources between two companies.

The global hydrocarbons industry is facing the biggest fall in prices for 13 years and foreign investment in the Middle East has declined amid instability. Ahmed Farid Moaaz, Country Manager at SDX Energy Egypt, says mergers between junior E&P companies can streamline cost structures and enhance resilience in a capital intensive and investment starved environment.

Mergers are an excellent tool to cut down fixed costs, gain economies of scale and leverage on the best resources between two companies. The imperative to merge has only grown stronger with the decline in oil prices and and political turmoil that has further reduced investment in the region. Both factors have contributed to a squeeze on junior E&P companies’ revenues and made them more vulnerable to production declines from maturing assets.

TIGHT PROSPECTS: Oil prices of USD 50 per barrel or lower put pressure on the revenue streams of junior companies and prevent them from financing further development projects. In addition, the political instability surrounding the Arab Spring has led banks to cut back their support for Egypt, since the government was not able to pay them back in time or in the required currency. As a consequence, junior E&P companies must make the move to merge with compatible counterparts or face tightening prospects, stagnation and decline.

MERGE OR DIE: Without a doubt, if oil prices hit USD 25 per barrel, half of the juniors operating in Egypt’s offshore fields are going to withdraw from the market. Only those that operate onshore, where the production costs are still reasonably low at USD 5-8 per barrel, could still make some profits with USD 20-25 per barrel oil.
Junior E&P companies that produce in the range of 2,000 bopd will generate revenues of USD 4 million-5 million per year in such an environment. If day-to-day operations cost the same, then the junior will be merely surviving without making any new progress as a company. When faced with maturing assets and production declines, they will not have a chance to fund expensive development projects. They have to either consolidate or find fresh investment.
The Middle East and North Africa have been suffering from investment starvation since the Arab Spring took effect. Any company that operates in the region has lost investment support from Europe or North America.
The downside of a merger is that each management board will want to implement its own vision and set its own strategy to achieve it. Different views, boards and personalities can clash. However, there has to be some kind of compromise to survive the low end of the commodity cycle. Alternatively, junior companies could continue to shrink until they cease to exist.

INVEST STRATEGICALLY: Picking the right projects has only become more crucial in an investment-starved environment. Focusing on high potential concessions with shorter development timeframes is key. In Egypt, such regions include the Nile Delta and the northern Mediterranean shore.
Additionally, close proximity of eager customers adds a strategic advantage on the demand side. Industrial areas in Egypt have been significantly damaged by gas shortages and can provide a direct client base that bypasses the lengthy payment schedules associated with selling to the government.