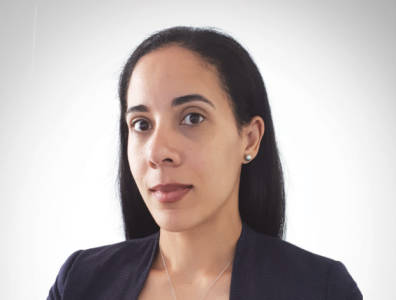 The government is creating all the conditions to attract investment in business.

Neusa Ferreira Marcelino, the Mozambique, Malawi, Zambia and Zimbabwe cluster managing director of CMA-CGM, talks to TOGY about whether the country’s ports are ready for potential oil and gas needs and the investment climate. CMA-CGM is an international shipping company offering logistics services for container transportation in more than 160 countries, including Mozambique.

• On Mozambique’s competitiveness: “Mozambique is very small, although it looks big. When it comes to our business, it’s a very specialised niche market and the volumes are not as big as, for example, in South Africa. At this stage, Mozambique is similar to, but slightly smaller than, Kenya and Tanzania, which are the main competitors for us in terms of countries with port facilities. Mozambique is still growing and developing with a huge potential, trying to catch up, and the market is really competitive right now exactly because everyone knows the potential of the country.“

Most TOGY interviews are published exclusively on our business intelligence platform, TOGYiN, but you can find the full interview with Neusa Ferreira Marcelino below.

What is the importance of Mozambique for the group?
Mozambique is one of the key countries for our group, not only because it’s geographically strategic but also because we believe that it is one of the fastest-moving and largest economies in the region. The past years have been quite productive and profitable for us.
We have a service calling at Maputo, Beira and Nacala and linking Mozambique to the Far East. This service has been very successful over the years, so this year we implemented another service, respectively connecting Nacala and Beira directly with Jebel Ali in the Middle East.
CMA-CGM was one of the companies that aggressively positioned itself in all five main ports of Mozambique. However, during 2016 things weren’t going so well and, at the beginning of 2017, we decided to close operations in Pemba and Quelimane. We have got a close eye on returning there as soon as the conditions are in place for us. Oil and gas development is a big interest for CMA-CGM and we have been watching it closely.

Will you start operations in oil and gas again next year?
As mentioned, everything relating to oil and gas is still a bit blurry these days, so we don’t know. I was in Nacala last month, and I was told by the authorities that it has been nominated as a hub for oil and gas. It means that everyone will be calling there and then be chartered either by barge or truck to Cabo Delgado. This could be true, but it could also be rumours; we still don’t know.
The port there is right now busy investing in its facilities and everyone is looking forward to that. The port in Pemba is very small, and we are not able to call at it with our main liners. In the past, we looked at the options of the concession of the port, but we were not successful, and at same since things were not happening, we decided to put that on hold.

Is the infrastructure of Mozambique ready for the upcoming needs of oil and gas projects?
I believe so. If we are talking specifically about ports, the ports of Maputo and Beira are ready. Beira is investing, expanding and putting equipment in place, so they have prepared themselves. It is the same story in Maputo. They are already investing day to day and expanding its terminals. Nacala, which is the deepest port in Mozambique, is strategically located when it comes to these projects. It has some way to go, though.
They have a master plan in place to expand the terminal and the quays to be able to receive bigger vessels. For them, the draught is not a problem, but the size of the quays, the terminal and all the equipment needs improvement. The current concessionaires of the port and their partners are working on this development already. Regarding Pemba, it will surely require some investment to take on projects of that size.

Will that investment come from the private or the public sector?
I think that depends on the strategy of the government. I say, “Give to Caesar what belongs to Caesar.” Specialised companies should get the concession since they hold the expertise on the area and business development. If we look at shipping, that would require a big investment. From what I recall, a few years back there were two possibilities – either to expand the existing port and terminal or to create offshore platforms.
The way the port looks currently, it’s not possible. It’s too small and shallow, so we will have to find a solution for that. The government has been talking about another port in Pemba. I believe the investment will have to come from abroad. I don’t know how involved the government is right now in this plan, but I don’t see the government having the role on investment. Unless, of course, they really prioritise it as key strategy.

Is the climate investment friendly here?
I believe that the government is creating all the conditions to attract investment in business. Having been in this industry for almost 12 years, I have seen a lot of changes. I am still not 100% satisfied. There is still room for improvement, and we need to keep on improving. But a lot has been done so far.
The government is very conscious that we need to develop infrastructure, such as roads, rails and ports, and they put a lot of emphasis on it, either by themselves or by finding the right partners to carry out the projects. They have modernised some elements and, today, we can see that they are more open to hear what we say when we suggest improvements to their day-to-day process without losing the needed control.
They are keen to find ways to maintain that control while, at the same time, making it easier and more efficient, for example by digitalisation. In that sense, Mozambique is on the right track.

How do you compare Mozambique to other regional countries in terms of competition?
Mozambique is very small, although it looks big. When it comes to our business, it’s a very specialised niche market and the volumes are not as big as, for example, in South Africa. At this stage, Mozambique is similar to, but slightly smaller than, Kenya and Tanzania, which are the main competitors for us in terms of countries with port facilities. Mozambique is still growing and developing with a huge potential, trying to catch up, and the market is really competitive right now exactly because everyone knows the potential of the country.
Mozambique is one of the fastest developing and most promising areas. About four years ago, I said that the market was competitive and my manager at that time – who was from West Africa – replied that, with only the five shipping lines, it was nothing compared to West Africa, where there were 15.
If you lost a customer in that context, it would take you at least three years to recover. He thought our market at that time was easy, and from his perspective, I agreed. Nonetheless, this market is quite competitive. We have very few decision makers for the volume we have. Instead of getting one or two containers per customer, as happens in more developed countries with bigger customer tail, here we easily get large volumes per customer, however customer pool is much smaller so each dollar counts. It’s purely a rate-driven market.
Logistics are even more complicated than shipping. There are numerous logistics companies, from small to large, multinational ones, and they are competing in the same market, for the same corridors. Services and rates are tricky because it’s so difficult to offer good service with a low price. Although there is not a direct relationship between the two, in this market, we have to make sure to be good and cheap.

What are your future goals?
We would like to continue growing and we have ambitions to develop the corridors even further. There are three main corridors in Mozambique: the Maputo, the Beira and the Nacala. We are trying to start a route from Nacala to Zambia, because now there’s just the Nacala to Malawi corridor. Our strategy in shipping doesn’t give enough profit to sustain a group such as ours. We believe that going deeper into the inland networks can make a difference, so we are trying to specialise ourselves in that direction.
Our investments in the north area are related with oil and gas, to seize the logistics opportunities that we believe the discoveries will bring. This is not only in terms of mobilisation and assembly of platforms, but the total project period. Mozambique doesn’t produce as much as we consume. The projects will consume, so we see big logistics opportunities in them. That’s the reason for our considerations regarding our abilities to cater, not just now during the deployment phase, but continuously.

For more information on CMA-CGM, see our business intelligence platform, TOGYiN.
TOGYiN features profiles on companies and institutions active in Mozambique’s oil and gas industry, and provides access to all our coverage and content, including our interviews with key players and industry leaders.
TOGY’s teams enjoy unparalleled boardroom access in 35 markets worldwide. TOGYiN members benefit from full access to that network, where they can directly connect with thousands of their peers.