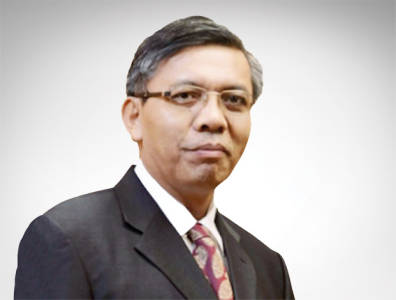 The government has the spirit to ease and maintain a good climate for investors.

Sampe Purba, senior executive adviser of the Special Task Force for Upstream Oil and Gas Business Activities at SKK Migas, talks to TOGY about the need for a single authority, strategies to use hydrocarbons to propel development and the government’s requirements for investing companies. SKK Migas is the country’s supervising and regulatory body managing the upstream oil and gas sector. The institution is working to increase the number of contract areas and stem the decline in production despite the challenging oil price environment.

• On reforms: “We want one body of authority responsible for regulations. Rather than several entities with varying degrees of powers harmonising together, we would like to see one singular body. In such a situation, you know who to approach when things go wrong.”

• On development: “We don’t want energy to be merely a source of income or budget under the national budget. The point of stress should change from source of revenue to agent of development.”
On investment: “The contractors work here, and they earn their income here. Therefore, they should be part of the country and help it to develop. We do not expect to see hit-and-run type investors.”

Most TOGY interviews are published exclusively on our business intelligence platform TOGYiN, but you can an abridged version of the interview with Sampe Purba below.

How can SKK Migas facilitate improvements the industry and increase production?
We should try to learn from the past. When you have a mining authority, whether it is a holding company under Pertamina or SKK Migas, they should have the power with respect to E&P and not require a licence and permit to do exploration and exploitation. Let the other bodies of the government set the standards, for instance standards of safety and environment protection. As long as the contractors follow them, there should be no need for further permits. Whichever body manages oil and gas in the future, it should have the power to make industry standard regulations. Simply put, we want one body of authority responsible for regulations. Rather than several entities with varying degrees of powers harmonising together, we would like to see one singular body. In such a situation, you know who to approach when things go wrong.

How clear are the regulations for investors in Indonesia?
The government has the spirit to ease and maintain a good climate for investors, including among other things to simplify the regulations and even offer some incentives. However, the many bodies of the government should agree on one vision. For instance, now the tagline and strong message of this sector is energy for justice, that is energy as a capital locomotive for the growth of the macroeconomy. What does it mean? It really means that we don’t want energy to be merely a source of income or budget under the national budget. The point of stress should change from source of revenue to agent of development. It is not easy to change that paradigm.
For instance, the balancing of fields around the country. Most of resources are in the deep sea and eastern part of Indonesia, while the infrastructure and market are in Java and Sumatra, the west part. How can you push and encourage investors to go to the undeveloped market? You need a revolution of mentality. Don’t make oil and gas a commodity but help investors to invest now, later on your descendants will harvest. No more low-hanging fruit. You cannot ignore the deep sea and eastern part of the country, just from the economic consideration per se.

What are some of the biggest issues you have with investing companies?
Whether it is a small or big company, I do not want to see them cherry pick. We want to co-operate in the spirit of long-term partnership, mutual assistance and respecting each other. In some cases, when the economics of developing certain fields is not acceptable to their investment grade hurdle, they insist on asking for and demanding incentives, although it is not granted under the contract.
On the other hand, when we try to introduce a new regulation in order to give a long-term benefit to the people, they recite and refer to the contract and tell us what we are proposing is not there. If we want a contractual relationship, there must be mutual benefits and advantages. If we are discussing something that is beneficial for them, they have no problem including that item in their operations. However, if it is not beneficial, they tell us the item was not included in the contract and can therefore not be included in their operations.
Secondly, the contractors work here, and they earn their income here. Therefore, they should be part of the country and help it to develop. We do not expect to see hit-and-run type investors.

Do you foresee any major changes to regulations in the next year or two?
E&P investment is a function of crude price. If your crude price doesn’t increase above USD 50, no matter which regulations or incentives are made, they are playing around the pipe. Companies now insist on incentives, even though they know you don’t normally do that. We are lucky to have Mr. [Minister for Energy and Mineral Resources Ignasius] Jonan, whose business background allows him to understand a contractor’s perspective. Recently, Exxon pulled out from one venture, even after being offered all the possible incentives. This situation makes it clear that it is not about incentives.
The major change of regulation in future, I think, will be a strategy implemented by the government when it tries to introduce new regulations that considers the whole value chain from upstream, midstream, downstream, buyers and end users. Other areas include a strategy regarding cost recovery, gas allocation and price, and the regulatory aspect of gas infrastructure.

For more information on legal reforms in the Indonesian oil and gas industry, see our business intelligence platform, TOGYiN.
TOGYiN features profiles on companies and institutions active in Indonesia’s oil and gas industry, and provides access to all our coverage and content, including our interviews with key players and industry leaders.
TOGY’s teams enjoy unparalleled boardroom access in 35 markets worldwide. TOGYiN members benefit from full access to that network, where they can directly connect with thousands of their peers.