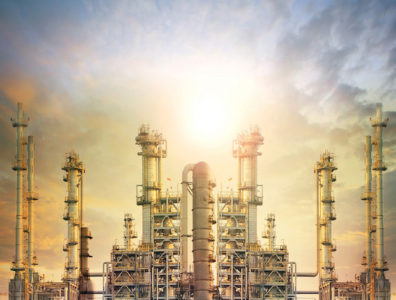 "Many investors are now looking at modular refineries, which are fast to put up and quick to supply needy markets that are out of reach of the larger facilities."

Value of Tecnimont's package to upgrade and modernise the Port Harcourt Refinery:USD 1.5 billion

Amount NNPC spent acquiring a 20% share in the refinery:USD 2.76 billion

Nigeria’s refining sector is being revamped to meet increased demand and curtail the large amounts the country spends on importing refined products. To do this, the Department of Petroleum Resources (DPR) and the Ministry of Petroleum Resources have teamed up to incentivise a slew of new projects that are now under construction.

Nigeria’s downstream sector has grown considerably since the country opened its first 38,000-bpd refining plant in 1965. The country has become the fourth-largest refiner in Africa. However, issues with poor governance, operational failures and inconsistent supply of feedstock have the country’s refineries working at utilisation rates below 20% with a heavy reliance on imports. To get Africa’s largest oil producer back on track, the country is racing to revamp and expand the humbled sector.
Nigeria’s demand for refined products is high, accounting for 7% of Africa’s refined product consumption. The Ministry of Petroleum Resources and DPR are tasked with changing the country from a net importer to a net exporter of refined products and transforming it into a refining hub for the region. The public sector looks to address the high costs of importing petroleum products. To do this, the government is taking a dual approach by working on revamping and building centralised refineries and introducing modular refining facilities.

MAJOR CONVENTIONAL REFINERIES: The first part of the government’s plan is to rejig its old refining models in order to bring production back up. Nigeria’s mature refineries have largely been neglected due to lack of funding. A fresh new drive to grow internal production has launched massive spending to revamp and replace old technologies with more efficient and longer-lasting ones.
This approach is exemplified by the government’s USD 1.5-billion package granted in Q1 2021 to allow Tecnimont to upgrade and modernise the Port Harcourt Refinery. Port Harcourt’s first plant began operation in 1965 with the capacity to process 60,000 bpd, with a second, 150,000-bpd, refinery added in 1989. Rehabilitation works will be in two phases, with the asset first projected to reach 60% capacity and then to rise above 90% capacity.
In August 2021, the federal government announced it will put down USD 1.48 million to turn around both the Kaduna and Warri refineries, which were shut down for repairs in December 2019. Works were awarded to Saipem, which will repair the plants in three phases. The installed capacities of the Kaduna and Warri refineries are 125,000 bpd and 110,000 bpd, respectively. The projects are due to be completed in 2022.
Although previous attempts to revamp Nigeria’s larger refineries were scuttled after the NNPC failed to secure necessary funding, these new projects are being backed by the government and will bring Nigeria one step closer to its refining hub dream.
However, repairing older assets will not be enough to reach the country’s targets, and new refineries are necessary. To that aim, Dangote Group is expected to commission a massive 650,000-bopd refinery in 2022 that looks poised to finally turn the tables on Nigeria’s refining dilemma. In August 2021, NNPC greenlit a 20% acquisition of the refinery for USD 2.76 billion.
Additionally, private conglomerate BUA Group proposed a 200,000-bpd conventional refinery in Akwa Ibom. A progress acknowledgment statement was signed in April 2021 with French petroleum processor Axens, with the group targeting a completion date in 2025.
Major pros of these mega-refineries are their larger production capacity and margins, their ability to cater to various markets through set logistics routes and the number of products that they can produce. However, many are now looking to modular refineries, which are fast to put up and quick to supply needy markets that are out of reach of the larger facilities.

A MODULAR LANDSCAPE: DPR has been granting companies licences to establish a vanguard of smaller modular refining assets with typical capacities upwards of 1,000 bpd in the initial phase. In 2021, many of these projects are beginning construction or coming on line.
The landmark Waltersmith refinery’s 5,000-bpd first phase was commissioned in November 2020 and it is now undergoing a revamp that will see its capacity spring to 50,000 bpd via the addition of a crude oil refinery and a condensate refinery, making it the largest downstream modular asset in Nigeria.
Completion of the second phase is expected in 2023, with a third phase also planned. The project, located in Imo State is a joint venture between Waltersmith Petroman Oil and the Nigerian Content Development and Monitoring Board (NCDMB). The refinery will source its feedstock from the nearby Ibigwe field on OML 16, in which Waltersmith Petroman Oil holds a majority stake.
Another example of Nigeria’s modular revolution is an upcoming refinery in Edo developed by two Chinese companies, AIPCC Energy and Peiyang Chemical Equipment Company. Upon completion of the first phase, the asset will have a capacity of 1,000 bpd, with the second phase upping this to 6,000 bpd. The ultimate goal is to create a refinery with a capacity of 60,000 bpd.
Completion of the first phase is expected in 2021. The move is part of a massive drive to grow industrial operations in Edo State, including a 50-MW power generation plant and 30-kilometre gas pipeline.
A multitude of other modular refineries are closing in on their completion dates, including the Duport Midstream Company’s 10,000-bpd facility in Egbokor and Azikel Petroleum’s 12,000-bpd plant in Yenagoa. As of March 2021, 23 private refining project licences were active, with a total planned capacity of 1.09 million bpd. This momentum is in part a credit to DPR’s initiative to decrease the time taken to award establishment and construction licences from an average of three weeks to an average of 72 hours in order to incentivise the sector.
Bypassing the argument over which model is best, Nigeria’s plan to incorporate state-owned conventional refineries with new publicly funded modular refineries shows promise. By the end of 2022, Nigeria will add 750,000 bpd of refining capacity to its current 445,000 bpd, which will have a transformative effect on the nation’s direct economy and industrial activity.