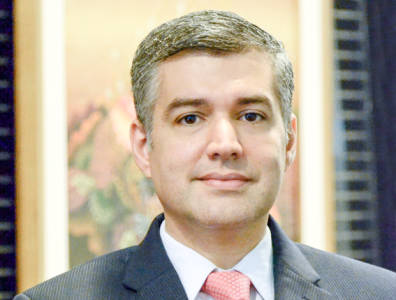 The government has seized on lower oil prices to eliminate fuel subsidies – a win for government finances, for the environment and for equity.

Malaysia is poised to reach World Bank high-income status before 2020, as the basic drivers of growth at the macro level remain firm. The country is among the top five economies in East Asia and the Pacific in seven areas measured by the World Bank’s Doing Business indicators: protecting minority investors, trading across borders, starting a business, obtaining credit, enforcing contracts, paying taxes and resolving insolvency.

The challenge for Malaysia as it completes this transition is to move from a middle-income economy to a middle-class society where more of its people feel their economic position is secure and in line with their aspirations.

HUMAN CAPITAL: The main prerequisite for Malaysia to achieve its long-term goal of becoming a high-income, inclusive and sustainable nation is to build the required human capital. Within human capital development, the main area of focus should be raising the quality of education.

Malaysian student scores in international tests such as the OECD’s Program for International Student Assessment are lower than the country income per capita would suggest. In fact, Malaysian students score lower than Vietnamese students despite the large gap in income between the two countries. Especially to advance in areas of high technology, including the energy industry, human capital development is essential.

The years since the 2008 global financial downturn have seen a resurgence of investment in Malaysia. Investment rates went up from about 22 percent after the Asian financial crisis and currently stand at 27 percent. While oil and gas played a role in this increase, other sectors of the economy also saw new investments, including the services sectors in Iskandar, and infrastructure projects. These investments, improvements to the business environment and prudent fiscal policy – which decreased deficits each year since 2009 – bode well for future growth.

SUPPLY AND DEMAND: Lower oil prices create challenges to the economic outlook of all oil-producing countries, including Malaysia. Fortunately, Malaysia’s economy is more diversified than most oil-producing countries and is therefore better prepared to face lower oil prices. The mining sector, which includes oil and gas extraction, accounts for only 10 percent of the country’s GDP and less than 15 percent of gross exports.

Malaysia is actually a very small net exporter of crude oil; most net export earnings from hydrocarbons come from LNG. However, the mining sector and related industries, such as petrochemicals and oil storage services, accounted for a significant share of past investment growth. In 2012, investments in the mining sector comprised 43 percent of the growth in gross fixed capital formation and a number of large projects under the Economic Transformation Programme were in oil and gas. Lower oil prices are expected to dampen such investments, with a negative impact on growth.

On the other hand, lower oil prices may also create additional global demand for the manufactured products that Malaysia also exports, such as electrical and electronic products, which may offset the slowdown in investments. Accordingly, the World Bank will maintain its GDP forecast of 4.7 percent for 2015, despite additional declines in oil prices since our original forecast was prepared.

Some investments in oil and gas, such as marginal fields, may be delayed in light of lower prices. However, the outlook for investments in downstream industries would not be automatically affected, especially to the extent that lower prices lead to higher demand for petroleum products.

The government has seized on lower oil prices to eliminate fuel subsidies – a win for government finances, for the environment and for equity – since fuel subsidies are known to disproportionately benefit the wealthy. This move will partly offset the decline in fiscal revenues derived from the oil and gas industry.

The introduction of the goods and services tax in April will help government finances weather lower oil prices. This new policy is part of a longer-term plan for broadening the revenue base and reducing the dependence of fiscal revenues on oil, which reached over 40 percent in 2009, but is likely to have fallen below 30 percent in 2014. While the government has announced a revision to the deficit target for 2015 in light of significantly lower oil-related revenues, fiscal consolidation is expected to continue, sending a positive signal to markets.

BANK ON IT: Liquidity conditions in the banking sector are tightening, but the Malaysian banking sector remains well capitalised and thus able to continue providing financing for projects. The banking sector’s tier 1 capital ratio, a standard measure of capital adequacy of the financial sector, stood at 13.5 percent and total capital ratio at 15.5 percent in September 2014, above levels required by national authorities and Basel III standards. Asset quality was stable with the ratio of non-performing loans holding steady at 1.3 percent as of September 2014.

Nevertheless, as global liquidity recedes with normalisation of monetary policy in advanced economies, liquidity is unlikely to expand further. Interest rates could head higher in the medium term, though lower oil prices would also help hold down inflation and reduce the pressure on monetary authorities for higher interest rates in the near term.