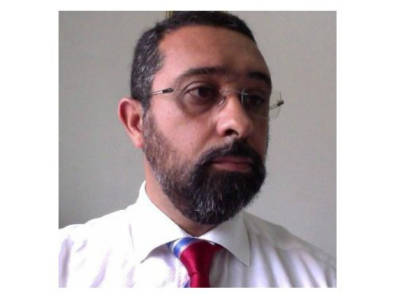 In November 2012, Mozambican oil company Oilmoz – Investimentos e Participações announced it had secured financing for an amount of $12 billion through a sovereign wealth fund from a GCC country for the construction of an oil refinery and an industrial park in Mozambique. Oilmoz, which was founded by former foreign minister Leonardo Simão, is expected to complete the refinery by 2018 at an estimated cost of $5-7 billion.

If the project gets to its final stages, it will have a total capacity of 350,000 barrels per day (bpd) and the industrial park is planned to be completed 2023. The main outputs of the refinery will be Jet A-1, petrol, diesel and asphalt. In 2009, Shell Global Solutions signed an agreement with Oilmoz to provide a configuration and feasibility study for the project.

FINANCING HULK: The company is working with local banks including Standard Bank to transfer the funds to Mozambique, a significant challenge due to a lack of capacity in the Mozambican banking system to handle large amounts.

“While Mozambique’s financial system still has its limitations, I believe that banks will be better able to finance projects like ours within the next 10 years. This is because we’re seeing extraordinary growth in the country. As such, Mozambique’s capacity to handle ambitious industrial projects will only continue increasing,” Oilmoz CEO Fausto Cruz told TOGY.

Oilmoz signed a financing agreement in September 2008 with a consortium of banks, but the world financial crisis delayed the deal’s implementation. After the financing details have been ironed out, the company expects the refinery to begin producing within six years of breaking ground.

LOCATION: The refinery was initially scheduled for construction in Matutuine, a district in the Maputo province of southern Mozambique. Due to environmental concerns and the proximity of the planned facility to Mozambique’s elephant reserve, Oilmoz is now working closely with the province to determine a location for the refinery with a less hefty environmental impact.

NATIONAL ABUNDANCE: Mozambique currently consumes only 22,000 bpd of fuel, and is dependent on importing refined products for its domestic consumption, spending more than $700 million per year. Oilmoz’s planned refinery would boast a capacity that far exceeds the country’s current demand – 350,000 barrels of oil per day, leaving plenty of space for refined exports of refined products. In order to secure its output, Oilmoz signed a 30-year agreement with UK-based Shell Trading and Shipping Company, which has committed to buy 50 percent of the refinery’s output.

MARKET PROXIMITY: In the past, refineries needed to be built close to the raw material, but this necessity has eroded due to advancements in transportation infrastructure. It’s now more strategic to build your refineries close to the market you’re planning to export to. In line with this strategy of market proximity, Oilmoz aims to export refined oil products to energy-hungry South Africa, which consumes about 610,000 bpd, but only boasts a domestic production rate of 150,000 bpd.

INTO THE FUTURE: Oilmoz is also participating in the construction of a port and a petrochemical plant, storage tanks, a gas fired power station, desalination and water treatment plants and an industrial park alongside its refinery project. Largely dedicated to the production of plastics, the petrochemical facility is scheduled to come online between 2020-2022.