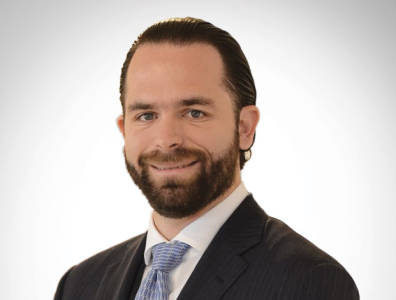 Ports today need to be flexible and reactive to market needs.

Reggy Vermeulen, CEO of the Port of Duqm, talks to TOGY about diversification initiatives at the port and the potential for minerals to overtake oil and gas in Oman. The Port of Duqm caters to offshore oil and gas services providers and aims to eventually function as a bridge between Asia and Europe.

• On bunkering: “We are following the ambition of the Omani market to begin attracting the passing bunker business. Now, vessels are all going to Fujairah in the north, and the idea is that Oman – and Duqm in particular – can divert these vessels. This is something we have started, and Oman Oil Company is tendering to build their depot. We have currently bunker delivery, but it is based more out of barges and trucks, which is not yet the full-fledged service that we are hoping for.”

Most TOGY interviews are published exclusively on our business intelligence platform, TOGYiN, but you can find the full interview with Reggy Vermeulen below.

What type of activity has the port been focusing on for the energy sector over the past year?
In the past 12 months [March 2017-March 2018], we have tripled our volume of cargo. We also started the export of minerals and increased the import of mainly oil-related cargo. We have seen an acceleration of the concentration of oil and gas cargo towards Duqm.
PDO started an initiative back in 2015 to concentrate its entire supply chain from Duqm, from where it would be split between three sub-hubs and then distributed on the field. It is a multi-billion-dollar cargo flow concentrated in and around the port.
Linked to that, the other major oil and gas companies are following the same trends, such as BP, Oxy [Occidental of Oman], Shell, etc. We are seeing an acceleration of cargo handled through the port, especially oil and gas cargo, which is becoming a speciality for us. We also reinforced our position in terms of project cargo, the big pieces.
The large pieces for Liwa Plastics [Industries Complex], which is in the north, all came via the Port of Duqm. Windmills and their blades were also brought through the port. We continue to grow in terms of diversification, and we continue to anchor our role when it comes to oil and gas cargo.
We are following the ambition of the Omani market to begin attracting the passing bunker business. Now, vessels are all going to Fujairah in the north, and the idea is that Oman – and Duqm in particular – can divert these vessels. This is something we have started, and Oman Oil Company is tendering to build their depot. We have currently bunker delivery, but it is based more out of barges and trucks, which is not yet the full-fledged service that we are hoping for.

What initiatives have you undergone to diversify activity in the port?
The most important is that we revisited the entire master plan of the port. To be able to respond to the market, we added many more types of zones, cargo and flows of goods. Ports today need to be flexible and reactive to market needs. That is what we have been aiming for.
We have put a much larger focus on the railroad business and the mineral business, including the downstream industry of the mineral business. We have enhanced our project cargo. We are trying to attract the mineral business in Duqm as a flow of exports of raw material, and having the processing of minerals within the port boundaries is important for added value.
We are also now attracting the logistics from abroad for oil and gas to be located in Duqm and then distributed. We are going the extra mile by working with the supplier to do two things: One is to manufacture these products here to have in-country value and at least do some of the transformation here. And while they are doing it, why should we not help them look at foreign markets, such as Africa and India, from here?
We are working in that direction. Some companies have signed with us and we are starting an oil and gas supply cluster around Duqm, not only for the logistics but also for manufacturing.

What is the importance of minerals versus oil and gas to the port’s activity?
Minerals are the new oil of Oman. Historically, Oman has relied massively on oil and gas, and now it can rely quite extensively on minerals, which are underused today. Oil and gas will always play a predominant or equal role. Oman is an oil producer, and this is not something that will disappear.
It is still the main source of revenue, and our goal is to optimise this production and reduce the price in order to generate a greater margin for the Omani economy. It will remain a major part of the business. We are an oil support base, but in addition to that, we will be the support for the new era, which is minerals.
For example, in the master plan we changed a part of the port that was dedicated to the storage of oil and oil-related products and one dedicated to logistics and pipes, etc. to a mineral-related logistics area for stockpiling, refining, etc. In terms of size, eventually, the physical oil and gas logistics will be as important as the mineral-related logistics. There are now 400 hectares [4 square kilometres] in both sections. This is new.

What strategic role does the Special Economic Zone Authority at Duqm (SEZAD) play to support the development of the port?
The role of SEZAD is to make sure that the clients establishing themselves in Duqm enjoy the facility in terms of administrative work, paperwork and the speed of doing business. That is its main role.
When we say that the companies we want to attract have a hand in in-country value, that is true. But unfortunately, the Omani market is not big enough to justify the investment. It can only be justified if you combine the Omani internal market with those of neighbouring countries, which means we need the facility to be able to import raw material and export finished products in a very quick and easy way. That is where the authorities have a predominant role to play.

When do you see the port transitioning to a more international focus?
We cannot have an international pretension as long as the port is unfinished. The completion of the full phase-one port will be in 2019. At that stage, we will be in a position to start to play a role as an international base.
Today, even though the port is technically big in size, there are many parts that are under construction or used for construction. Therefore, we are a small port, and we are focusing on the internal market for now. We are focusing full-steam on attracting that captive cargo, and then will transition to focus on international markets. We do a bit of trans-shipment with some chemicals and cars, but only on a small scale.

What types of initiatives are being undertaken to develop and market products to the region?
We are taking the lead in economic initiatives in Qatar. Qatar needs minerals for the moment. Instead of letting all the mineral producers of the area go to Qatar individually to try to assist them to sell their minerals, we brought everyone together and organised a conference in Doha with all of the people who are looking for minerals. We do business matching. We are trying to match what is available in Duqm to where we identify needs. It is not the traditional role of a port to be an active business facilitator, at least not at that level, but it is a role we are trying to play to accelerate their success, and ultimately our success.

What vision do you have for the Port of Duqm within the oil and gas industry?
We want to continue to play a bigger role in the oil and gas business, not in cargo but in operational cargo. We want to see more of these flows of goods enter the country via Port of Duqm. We already have chemicals and pipes, but we want to increase our presence in those areas.
We want to serve the Duqm refinery, which is seeing progress. The notice to proceed has not been given even though the FEED has been done. When the notice to proceed is done, then six months later the shovelling will start. Once they start that, much of my quay space will be dedicated to this project for importing all the material they need through the port.
We are consolidating captive cargo, and once that happens – which takes two or three years – I will go to the international world and tell them that we have a more effective build that is ready to operate and a significant market that has been acquired. Then we can build on that to serve other markets.

For more information on the Port of Duqm, see our business intelligence platform, TOGYiN.
TOGYiN features profiles on companies and institutions active in Oman’s oil and gas industry, and provides access to all our coverage and content, including our interviews with key players and industry leaders.
TOGY’s teams enjoy unparalleled boardroom access in 35 markets worldwide. TOGYiN members benefit from full access to that network, where they can directly connect with thousands of their peers.