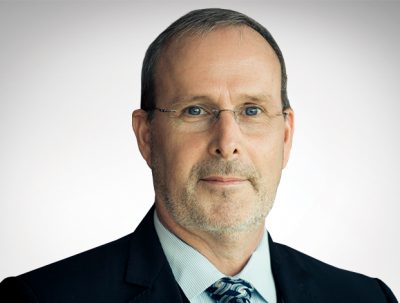 It is clear that Angola needs an energy mix and we can help the country move in this direction.

Marc Courtemanche, country president of Equinor Angola, talks to TOGY about the company’s achievements over the past year, its plans for more E&P activity and how it can contribute to the country’s future. In Angola, Equinor is present in blocks 17 and 31, where the company plans to move forward with new projects to bring more production on line in the coming years.

What achievements did Equinor reach in Angola in 2018?
In 2018, we produced around 170,000 bopd in Angola. All in all, Angola was the third-highest producer for Equinor worldwide. It is quite significant, around 8% of total production. It has a positive impact on our key financial results. It is very important for the results and we will see that it is also very important for the future of Equinor in Angola.
Another important milestone for 2018 was that we reached 1 billion barrels of historical equity production. That is quite significant, and a big number when you are not an operator and you operate on behalf of others.
Another important thing we did in 2018 was strengthen our roadmap, our strategy for Angola. First, we have been an active player in the presidential task force that has addressed some issues for the industry. Equinor is not only an operator, but a large partner; we are one of the largest equity producers in Angola. We have been at the table with the others, and those improvements have created a positive trend for Angola and for the interest of our head office to invest more. Secondly, we had a very open dialogue about governance and the tone set from the top. That was also very welcome.
We have been here for 27 years. We have been able to navigate in the Angolan environment. Now that we can be even closer to our values, that has been great. We shaped our strategy around that. We have had attention from management.

What are the company’s updates on its Angolan assets?
The new strategy and attention from global management has allowed me to get support from the corporate executive committee to invest more in Block 17. We have sanctioned three new projects in Block 17 with our operators and partners: Zinia Phase 2, CLOV Phase 2 and Dalia Phase 3. Those are infield and satellite projects. They will generate 30 million more barrels of reserves, and it is USD 500,000 of new investment for Equinor. That is quite significant and the timing was great.
The key in Block 17 is to continue to have safe operations, supporting the operators, investing in new projects and preparing for what is on the agenda – some more investments coming in. We will start to see some impact on the decline, or more production coming on stream, in 2020. The drilling campaign will start in 2019. What is important is production from those projects will come in 2020 and 2021.
In Block 31, operated by BP, we will continue to maximise the value of the block. We are working hard as we speak. This started in 2018, to develop a project potentially under the new marginal field decree. That is directly linked with the presidential task force. Now we are working with the operator and Sonangol to potentially make it past the threshold of marginal field terms this year.

What is Equinor Angola’s growth strategy?
Our strategy is simple and it is based on three key strategic pillars. The first is that our existing portfolio still has a lot of potential. We proved that in 2018 with the Zinia investment, to develop the core business more – new projects, brownfields, even exploration supporting the operator.
The second pillar is to reactivate exploration. I will quote someone who quoted someone who quoted our head of exploration: “The best place to find oil is where oil is.” The industry is shifting from the more frontier basins to more mature basins, places that have been producing for many years. There is a system for proving they work. With new technology and new approaches, and sometimes new people, we can find new reserves. The Lower Congo Basin has a lot of potential.
The third pillar is inorganic opportunities. We know the government for many months has been saying Sonangol needs to recalibrate its portfolio. The company has equity in many places, in many blocks. It has had bid rounds for blocks 20 and 21.
Around those three pillars, Equinor has the ambition to grow in Angola in a sustainable manner. We are realistic. The decline is impacting the country and every one of us. I think the decline will continue, but I think if we stabilise the decline, then we can be happy. If any one of us makes a big discovery that can mitigate the decline, that would be great. Now we are all working on those three pillars to stop the decline as much as possible, or to make it less significant.

Why did Equinor recently sign an MoU with Sonangol?
With our strategy and the vision of our CEO in mind, we agreed with Sonangol to sign an MoU. I won’t reveal any commercial elements of it, but it is building around those three pillars, some opportunities and areas where we can look together. It is bound by a confidentiality agreement, but it is not only about business. There is a large component about helping each other, sharing experience. Everybody knows the story of Equinor and how we have moved over time from a NOC to an IOC. We agreed and put that in the MoU.
One example is that together we are doing experience-sharing on compliance and business ethics. We have people coming in who have big workshops with Sonangol. They spend a day exchanging how we do things, how we address dilemmas. We also learn from some areas like that. The MoU is a partnership and for business, but it is also about helping each other.

What is your vision of Equinor’s contribution to the future of Angola?
Angola is changing. I have been here five years and I have seen many things and people. They have always been pragmatic and knowledgeable in our industry. We have great people in Sonangol, in the ministry and in government. The resource base is there, but the change now is opening up to the international community, not only oil and gas. We are not the only part of the solution. That creates a very positive mood. It is complex, but you are welcome.
Transformation is there. It is going to be sustainable but bumpy, but it is moving in the right direction. As an industry, we will contribute, but also try to be supportive of some of the transformations Angola wants to make in business, governance and compliance. We can share how we do that, but as I mentioned with our global strategy, with a low-carbon footprint.
We have a large department now in Equinor for energy solutions. Can we bring those elements to the equation? It is clear that Angola needs an energy mix and we can help the country move in this direction.
We like the way we do things. We will continue to invest in social projects, in capacity building and in resilience towards climate change. That is within our core value.
It has been a great five years. Angola is changing in the right direction. There are still good opportunities for our industry and we really hope we can contribute to the ambition to develop a larger spectrum of the economy for society. That is my best wish for Angola.