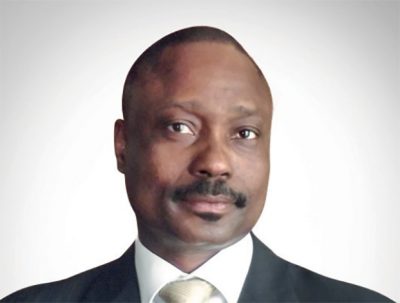 “Everything is a business opportunity here.”

Partners in business in Angola

Pedro Godinho, president of the American Chamber of Commerce in Angola (AmCham Angola), talks to TOGY about how the institution aims to promote business in the country and key market changes in Angola that should prove attractive to investors. AmCham Angola is the local affiliate of the US Chamber of Commerce (USCC), whose purpose is to assist the business community through free trade, investment and free enterprise.

What recent key developments has AmCham seen in Angola?
Following the introduction of the FCPA [Foreign Corrupt Practices Act], a lot of American companies avoided the Angolan market altogether because of the inherent risk of exposure to engaging in corrupt practices. As a result of the FCPA, serious companies the world over that are committed to compliance, oversight and transparency simply stopped doing business in Angola. It was truly a historic moment when President João Lourenço communicated directly to the US business community that this is no longer how business is done in Angola. In turn, American business immediately became more curious, eager and motivated to invest and do business with the Republic of Angola.

Which of Angola’s key advances have been the most attractive for foreign investors?
The first one is the improvement of the ease of doing business here. Angola has always been an extremely attractive market for the exploration of oil and diamonds. However, outside of oil and diamonds, Angola has not been very successful at developing business opportunities. Historically, the primary challenge for developing other sectors in the Angolan economy has been the difficulty of doing business.
The new investment law, the new antitrust law and the application of the anti-corruption law all are strong steps forward in terms of facilitating the ease of doing business in Angola. In the past, these laws were in place, but they were rarely enforced. Now the proper enforcement of these laws is taking place, making the business environment that much more streamlined and efficient.
Today, the government institutions are much more open and friendly, and they are committed to sharing and communicating more effectively. In fact, even ministers and other high-level government officials are readily accessible.
The oil and gas sectors have been the main beneficiaries of these policy commitments to improving the business climate. The investments in oil and gas have already increased and will continue to do so. New projects are in the pipeline and that has driven more money into the economy. The Angolan government needed to change the course it had been on between 2014 and 2018 because production had been declining. If oil represents 95% of Angola’s exports and 76% of its income tax, that is a large percentage of the economy.
Although Angola is committed to economic diversification, the oil sector is still the locomotive of the economy. If the oil and gas sector is moving ahead, the locomotive will drive the rest of the economy. On the other hand, if anything goes wrong in oil and gas, it would be detrimental to achieving our goal of sustained economic growth.

How important will the newly established National Oil and Gas Agency be for investors?
The oil and gas agency was the best decision the Angolan government could have made because Sonangol was playing two potentially conflicting roles: as a concessionaire and as a partner. As a concessionaire, Sonangol had the power to veto projects that major operators needed to be approved. Sonangol was going through difficult moments to make more investments and responded to a cash call. Sonangol was struggling to get money to pay that cash call, which made it difficult to approve new projects that would require more investment from its side.
At the time, Sonangol put projects on hold and froze them. By doing this, it cut investment significantly in the country. When we talk about bringing in new projects in the oil sector, we are talking about hundreds of millions of dollars worth of investment.

What concerns do investors have and what areas still need to be tackled?
The concern is timing. There are legal reforms such as the marginal fields and there are reforms on the contractual terms, but the process is still very slow. You have been hearing every day that time is money. Angola needs to speed up the approval process in this sector because different parts of the world are competing for this investment.
If I am an investor and make a decision to invest my money, I want this money to be invested quickly so I can see a return on investment as quickly as possible. If it takes two or three months of bureaucracy before an investment can be made in one country and the other country requires 12-13 months of bureaucracy, I would choose the first country that requires less time. This is one of the things companies face.
Everyone says things are improving in Angola, but we still have delays in the approval for projects that we believe should be approved in a more timely manner. Even with the agencies, all the steps have been put in place, but we need to focus on the time the authority takes to approve projects.

What message would you like to send to US and global investors interested in Angola?
Angola is the right place to invest your money because it has all kinds of resources. It is a young country; its independence was not long ago. Everything is a business opportunity here because we are building the country from scratch. Energy, water, agriculture, oil and gas, even minerals – everything you can think of is here. The country is still virgin, and now is the time to invest.
Whoever invests in Angola will have a very good return on their investment. I think it is the time to be in the pole position and number one in the market, because after this, it is going to be tougher to obtain business opportunities in the country. Investment is now, Angola is now.