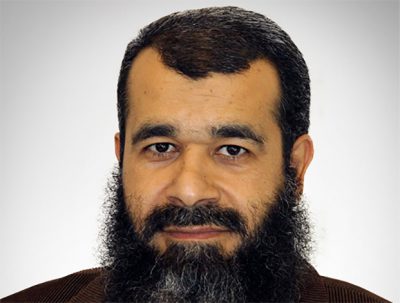 In oil and gas, 2017 might be a little challenging, which is why companies should look to diversify their services and serve other industries.

MUC Oil & Gas is a project management consultancy firm, active in the downstream market. The company has ambitions to expand and taps into small-scale upstream projects for the Abu Dhabi National Oil Company (ADNOC), such as debottlenecking and pipeline integrity and intervention assessment studies and engineering. It aims to win major upstream tenders by 2025. It is also looking to enter the African market. The company’s turnover has consistently grown over the years and in 2016 was around AED 22 million (USD 5.99 million).

• On petrochemicals potential: “The geography of the Middle East or the UAE is favourable for such activities. You can store petrochemicals because production facilities are situated nearby. The region also has the advantage of cheap feedstock. Saudi Arabia has some of the major petrochemicals producers, such as Sadaf. Additionally, different industries that require petrochemicals are also geographically close: India, Asia, even Iran and Africa. Thus, the UAE can be a petrochemicals storage hub.”

• On Fujairah’s competition: “Fujairah has done a lot. We are now at 9.5 million-10 million cubic metres of storage. The volumes and throughput at Fujairah are huge, so it will take some time for others to reach that same capacity.”

Besides touching on these topics, TOGY talked at length to Mohammad Shahin about his company’s activities in Abu Dhabi, the development of the region’s petrochemicals industry, ADNOC’s goal of tripling petrochemicals production and the Fujairah Oil Terminal. Most TOGY interviews are published exclusively on our business intelligence platform TOGYiN, but you can find the full interview with Mohammad Shahin below.

What are your primary projects in Abu Dhabi?
We’ve had a successful entry into the Abu Dhabi market, and we are proud to have Brooge Petroleum and Gas Investment Company (BPGIC) as one of our primary clients in Abu Dhabi. We have been engaged as FEED consultants and project management consultants for BPGIC’s state-of-the-art Fujairah Terminal Facility. A facility with a storage capacity of more than 1 million cubic metres.
Phase I of the facility is scheduled for completion by March 2017. Phase I has a capacity of around 400,000 cubic metres, while phase II of the facility is expected to add 600,000 cubic metres of storage capacity, primarily for crude oil. The project’s capex was optimised in spite of the high-end specifications and state-of-the-art technology deployed and adopted. Typically, the cost of a facility of this scale will range between USD 200 million to USD 250 million. The construction of phase I will take around 24 months to complete, is on fast track and is expected to be delivered on time.
In the past of couple of years, we have had quite successful and engaging operations in other emirates in the UAE, notably in Fujairah. We have been associated with quite a lot of infrastructural projects. We were the project management consultant for the then Concord Terminal, a JV between the Concord Singapore and Sinopec (now Fujairah Oil Terminal). The terminal’s capacity is around 1.15 million cubic metres, storing a range of hydrocarbon products.
We completed the FEED and project management consultancy for the recently commissioned IPTF [IL & FS Prime Terminals FZC] terminal, with around 330,000 cubic metres of storage capacity. We’ve recently completed the FEED and tender package for the phase II expansion of the facility, which is planned to add an additional 440,000 cubic metres of capacity.
We also conducted the FEED and are currently conducting the project management consulting for ECOMAR’s petroleum regeneration and recycling facility at Fujairah. The Fujairah government is contemplating developing a new berthing infrastructure in the Port of Fujairah for petrochemicals products.
We are also developing topside facilities for the Hamriyah Free Zone.
We completed a few studies for the Abu Dhabi National Chemicals Company as well. We submitted our 2017 plan to develop our office in Abu Dhabi, as we are now qualified to work with most ADNOC subsidiaries. We are in discussion with companies who can work with us in joint ventures to develop our business niche in Abu Dhabi.

What is the importance of the petrochemicals market to the Middle East?
The storage of chemicals and petrochemicals is very important to this region, and the petrochemicals industry is expanding. Chemicals produced from petroleum products can either be stored or transformed into other products, such as plastics. For example, to create plastic you must add plasticiser, a chemical that gives plastic its elasticity. We call these products intermediate petrochemicals. Petrochemicals are not final products; they are used in the process. Then they can go into the final product.
The geography of the Middle East or the UAE is favourable for such activities. You can store petrochemicals because production facilities are situated nearby. The region also has the advantage of cheap feedstock. Saudi Arabia has some of the major petrochemicals producers, such as Sadaf. Additionally, different industries that require petrochemicals are also geographically close: India, Asia, even Iran and Africa. Thus, the UAE can be a petrochemicals storage hub.
Political stability is very important, and we have a safe environment to work in the UAE. The government is investing a lot in infrastructure and enhancing the working atmosphere. It’s very important to have the infrastructure available before you think of inviting companies to come and build petrochemicals facilities.
The governments in Fujairah, Dubai and Abu Dhabi have built supporting infrastructure. They have a long-term vision. We have exceeded the minimum requirements of our projects in Fujairah because we know that there is going to be demand when we build new infrastructure for very large crude carriers. The next stage of growth in the UAE will mainly be in petrochemicals. Petrochemicals are more stable because they are not as sensitive to crude oil prices. It takes longer for their cost to be affected.

How can ADNOC achieve its goal of tripling petrochemicals output by 2025 and sufficiently store the product?
It must be driven through marketing. Since 2011, we have seen a huge demand for refined products storage facilities, and now there is some oversaturation in terms of available space. Clients, owners and financiers need to diversify portfolios, there are many options, and petrochemicals is one of them.
Our areas of focus are traders, small refiners, bunkers and other small players, not companies the scale of ADNOC or Saudi Aramco. These companies are affected by small price fluctuations. Recent market volatility has had an impact on project development and the price of storage. The storage cost was USD 4.5 per cubic metre and now it has come down to USD 3.5 per cubic metre.
Such prices discourage investors from undertaking new projects, unless they have a direct agreement with an oil company for crude – such as Vopak has with Shell. Companies try to secure one major oil producer or oil trader to have an agreement that states they can complete a facility for them. Thus, instead of storing at a given location you can store at your own facility. However, the price of oil does not encourage this. Even when we look at major companies, their own mega-projects don’t always make it to the final stages.

Does the Fujairah Oil Terminal face serious competition?
There are many who are trying to compete, but I don’t know how serious they are. Fujairah has vision. They did a lot of work, and they achieved what they wanted. They are able to compete with Singapore and Rotterdam. These are the three names you hear now.
The projects in Oman are growing, such as the port of Duqm. I don’t know how much time it will need to develop, but their projects have already started. However, Fujairah has done a lot. We are now at 9.5 million-10 million cubic metres of storage. The volumes and throughput at Fujairah are huge, so it will take some time for others to reach that same capacity.

Which of your services are most in demand?
The demand is there, but there are different tastes. In 2013, there were a lot of inquiries about refined products. Now things are shifting. Black products have a very small market these days, people want white products. We are getting financial inquiries about converting tanks, which will require engineering and construction projects.
There is speculation of an ADNOC facility coming up in Fujairah. Having ADNOC’s tanks in Fujairah has given a new dimension to the storage there. People are starting to convert crude oil, as its volume is starting to build up. The Fujairah government has also enhanced the volumes it can receive with the addition of a facility for very large crude carriers, and with it you are getting inquiries to build new crude tanks.
We are also working with clients to develop the petrochemicals market. Whenever we start getting saturated in one line of work, we start thinking about how to jump to something else; change our product or change our location. We are sustaining, although the market is difficult. If 2016 was difficult, we are optimistic and expect 2017 to be favorable given the stability of oil prices.

How is the progress of the Azikel Refinery in Nigeria?
Nigeria has a wealth of crude oil, but not refined products. The government is establishing large-scale refineries and encouraging people who are willing to invest in them, particularly the modular refineries. Our client Azikel Petroleum is one such company and investor. They obtained technology from the US firm Ventech and we have been appointed and commissioned as the overall project management consultant, including responsibility for the FEED development of the facility.
It is a modern but compact refinery, with a processing capacity of around 12,000 bpd. We are now in a very advanced stage of engineering and have completed half of the FEED for the inside battery limit. By March or April 2017, we should be able to launch the tender to start construction. The client has already conducted a lot of preparatory construction activities, and the real construction activities will start mid-2017, with commissioning by the end of 2018.

What is your expectation for 2017?
First you have to analyse what happened in previous years. You must analyse your numbers. From there you can build your expectations for the coming years. Take into consideration everything that is happening around you politically, economically and socially. In oil and gas, 2017 might be a little challenging, which is why companies should look to diversify their services and serve other industries.
If you are in oil and gas, ask yourself how you can work in power generation, sustainable energy or other manufacturing industries. You can diversify your products, such as moving from hydrocarbons to petrochemicals. There are developed areas that are still very raw, so you need to do your research. Try to establish yourself somewhere that you can safely support your presence. These are the major concepts that should be followed.
Maybe you have to be a little more realistic; re-evaluate your resources and try to be more efficient. If you are depending on 500 people, ask yourself how might you do the same thing with less manpower and better tools. This is especially significant given that with less opportunity comes greater competition. Competition will depend on qualifications but more so on price. How can you reduce your prices, but not so much that you are working without profit? It is vital that you do your background research to find more efficient solutions to produce the same quality.

For more information on MUC Oil & Gas in Abu Dhabi, such as its work on the Fujairah terminal facility, see our business intelligence platform, TOGYiN.
TOGYiN features profiles on companies and institutions active in Abu Dhabi’s oil and gas industry, and provides access to all our coverage and content, including our interviews with key players and industry leaders.
TOGY’s teams enjoy unparalleled boardroom access in 32 markets worldwide. TOGYiN members benefit from full access to that network, where they can directly connect with thousands of their peers.