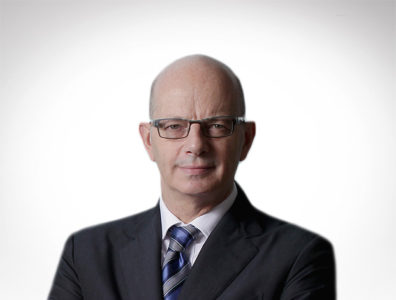 I am hoping that the overall regulatory environment will evolve and become more conducive to large and sustained investments on the scale that the country needs, both for infrastructure and the upstream.

On gross split: “It is not a matter of PSC versus gross split or other schemes. There are various schemes that work in the world, it is just a question of having the right combination of economic terms, fiscal and contractual stability, and predictability.”

On the value chain: “More and more, it makes sense to integrate the upstream and power generation sectors closer together in order to meet the massive demand of energy required to sustain the continued growth of the Indonesian economy.”

On upstream investment: “This combination of volatile oil prices and a changing regulatory environment has resulted in continued low investments in the upstream in Indonesia, which is in turn reflected by the current low production levels and worryingly low reserves replacement ratios.”

On oil prices: “In an era of prolonged low oil prices, everyone has to adjust expectations and behaviours. The industry has to become more efficient while the governments will have to adjust their expectations in terms of the amount of taxes they can extract.”

Most TOGY interviews are published exclusively on our business intelligence platform TOGYiN, but you can find an abridged version of our interview with Roberto Lorato below.

How do you assess the upstream sector in Indonesia?
As we all know, the upstream oil and gas industry has been hugely affected by the oil price crash in 2014, which has led to massive investment reductions worldwide. Although over the past few months oil prices have recovered somewhat, they still remain at much lower levels than they were previously and the prevailing view by industry experts is that prices will remain around such levels for many years to come.
This situation affects Indonesia and any other country with oil and gas resources to be developed. In Indonesia this problem has been compounded by a number of changes in the regulatory environment which have made some investment decisions more difficult. The upstream industry is characterised by new developments requiring large upfront commitments, which become very difficult to approve and execute if the investor does not have reasonable certainty about returns over the life of the project.
This combination of volatile oil prices and a changing regulatory environment has resulted in continued low investments in the upstream in Indonesia, which is in turn reflected by the current low production levels and worryingly low reserves replacement ratios. In fact, in Indonesia the replacement ratio for oil has fallen below 50%. This is not just due to a lack of geological opportunities. It is more the result of prolonged underinvestment caused by those uncertainties that we, the industry and the government, need to be able to address and resolve together.

Where do you see growth opportunities in Indonesia?
There will be opportunities in the current or future bid rounds. Medco’s priority, though, is to develop and monetise the resources we already have in our portfolio. We have substantial undeveloped resources we need to spend money to appraise and develop. We have ongoing exploration and development drilling both onshore and offshore. We are progressing the development of important projects such as Block A Aceh, a strategic project for Medco and for the Aceh region. We also have some exploration ongoing in South Sumatra, where we are drilling three wells, and we are currently reviewing all exploration targets and prospects in our portfolio. This is all to say that our portfolio is already rich with investment opportunities in the whole value chain, which is why our priority now is to deliver that.

What steps should the country take to encourage investment?
It is a combination of attractive economic terms and stable and predictable regulations in the long term because our investments typically require assuming high risks in the exploration phase, which we have to carry on our own, followed by very large upfront investments to develop those reserves discovered through the drill bit.
It is not a matter of PSC versus gross split or other schemes. There are various schemes that work in the world, it is just a question of having the right combination of economic terms, fiscal and contractual stability, and predictability, and recognising that, in the end, we as a company and the country, as the owner of the natural resources, need to be competitive with the rest of the world if we want to be able to attract and reward the money required to develop our resources.

Will you continue investing internationally?
Medco has sizeable exposure to international oil and gas activities. Unfortunately, some of those assets and investments have been affected by the tragic events in the Middle East, where geopolitical instability continues.
Right now, what I see is that our operations in Oman are doing very well. We are very pleased with the progress made in increasing the production from those mature fields, which have seen a licence renewal for 25 years in recognition of the good work done by Medco there.
For areas such as Yemen and Libya, we will have to wait and see how the political and security situation will evolve. We just have to recognise what the reality is. We are being patient and trying to be good partners to those countries and to their people by maintaining our presence and keeping a close eye on the developments there.

What do you think will be the future of the upstream oil and gas industry sector in Indonesia?
There still are so many geological opportunities in this country and they are so close to the market. We are waiting to see the outcome of the ongoing efforts to improve the contractual terms, but I am hoping that the overall regulatory environment will evolve and become more conducive to large and sustained investments on the scale that the country needs, both for infrastructure and the upstream.

For more information on the Indonesian market, including upstream opportunities, the government’s plan to raise power generation capacity and investment conditions, see our business intelligence platform, TOGYiN.
TOGYiN features profiles on companies and institutions active in Indonesia’s oil and gas industry, and provides access to all our coverage and content, including our interviews with key players and industry leaders.
TOGY’s teams enjoy unparalleled boardroom access in 35 markets worldwide. TOGYiN members benefit from full access to that network, where they can directly connect with thousands of their peers.
Business intelligence and networking for executives: TOGYiN