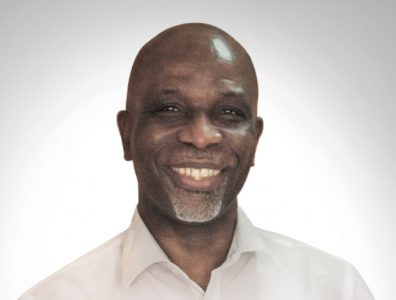 President Muhammadu Buhari made it clear to his newly appointed ministers that communication between departments is vital. This spirit of openness and collaboration also needs to be extended to private companies from gas producers to distribution companies.

Dada Thomas, managing director of Frontier Oil, talks to TOGY about the obstacles of expanding the gas-to-power value chain and how the expansion could alleviate many of the Nigeria’s economic problems. Formed in 2001, Frontier Oil is a local non-associated gas producer and the operator of the Uquo marginal gasfield.

Nigeria’s power deficit is a chronic problem that affects the local population and the local industry. While blame has been placed on the government, distribution companies and gas suppliers alike, no one person or entity is to blame.
Multiple issues spanning the gas-to-power value chain need to be addressed. With an installed generating capacity of about 7.5 GW and operating capacity of about 4 GW, electric power is still a major hindrance in Nigeria’s objective to be regarded as one of the world’s top 20 economies by 2020.
The rule of thumb for power distribution in an industrial nation is about 1 MW for every thousand people. These standards place Nigeria’s energy needs in the 170 GW range, given its population of 170 million. The federal government has a generation capacity target of 40 GW by 2020.

JUMP THROUGH HURDLES: The question posed by many investors is whether Nigeria has the capability to sustain and support a power grid with generation capacity of 40 GW.
The question is a valid one, seeing as Nigeria has several kinks to work out before that will be possible, such as security risks, power transmission and evacuation and fiscal policies for gas producers, as well as data collection/bureaucratic oversight for distribution companies.
The gas-to-power chain is made up of many different links and if one of them is not functioning properly then the rest are affected as well.

POWERFUL POLICY: The new administration’s cabinet was officially appointed in November 2015. The previous governor of Lagos state, Babatunde Fashola, was appointed as the minister of power, works and housing. President Muhammadu Buhari made it clear to his newly appointed ministers that communication between departments is vital.
This spirit of openness and collaboration also needs to be extended to private companies from gas producers to distribution companies. The distribution companies are the ones most affected by inadequate metering and collection. If they are not able to collect all of their revenue, then they cannot pay it up the value chain, meaning that the bottom line is affected.
If the power problem cannot be resolved, then adding local value will never be achieved. The addition of local value will help in alleviating the high rate of youth unemployment.

EVACUATION PLAN: Physical constraints from third parties also affect the cashflow of gas producers. The country has a power transmission problem. Transmission lines being used to transmit power to designated sites are not yet complete. Throughout Nigeria, most power plants have power evacuation issues, as is the case at the Calabar and Ibom power plants, of dilapidated turbines and faulty transmission lines. Many plants lack functioning turbines. Some facilities run on one out of three of their installed turbines.
A third obstacle is that pipelines feeding power plants are either incomplete or not maintained, meaning they cannot run at full capacity.

MIDSTREAM INSECURITY: Pipelines are also subject to frequent attacks from saboteurs who puncture gas pipelines just so they can create a false market for pipeline repair. Those carrying out these attacks are highly specialised technicians and use a tactic called hot tapping to make a hole in the pipe. If a saboteur does not know what he is doing, then it can result in a deadly explosion.
These savvy saboteurs hide in the confines of their communities. It is then in a company’s best interest to have a good relationship with its host provinces, so they can prevent or mitigate such attacks by providing information of impending attacks.
When a gas pipeline shuts down, the gas plant will also shut down because the liquids from the gas plant cannot be evacuated. As soon as the tanks are full, gas production has to be shut down. This costs communities and businesses access to power and harms everyone’s profit margins.
Security costs for onshore producers are $15 on average per barrel. The high costs make Nigeria a non-competitive oil and gas environment.
However, while the previous administration allowed free rein for bunkerers and saboteurs, the new administration has shown a significant improvement in security and a decrease in the number of attacks on pipelines.

For more news and features about Nigeria, click here.