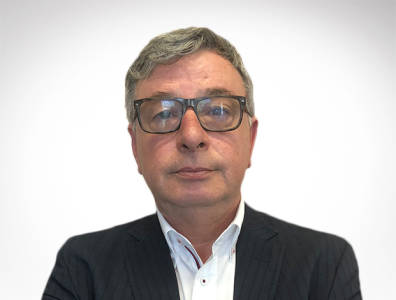 The Brazilian authorities have done a fantastic job of developing business and providing opportunities for Brazil to grow.

Miguel Pereira, CEO of Petrogal Brasil and country manager for Galp in Brazil, talks to TOGY about the company’s upstream operations, the potential of the BM-S-11 block and why Brazil is a prime market for further investment, especially for E&P companies. Petrogal Brasil is a 70-30 joint venture between Portugal’s Galp Energia and China’s Sinopec.

On better local content: “The work that the energy minister and other regulatory bodies have done around local content has been excellent over the past year. They’ve found an equilibrium between the needs of Brazil and the needs of the companies bidding in ANP rounds, both in adjusting local content and establishing fiscal terms for new rounds that attract more international companies, which have several different opportunities to consider in other regions of the world.”

On positive changes: “It’s important to say that in the past year, Brazil has changed a lot and we see that the Brazilian authorities have done a fantastic job of developing business and providing opportunities for Brazil to grow. Furthermore, we consider that a stronger and more focused Petrobras will naturally be extremely positive for the country. Also, the great work of the ANP has surely increased the value of the assets here, and that’s what everyone wants.”

Most TOGY interviews are published exclusively on our business intelligence platform, TOGYiN, but you can find the full interview with Miguel Pereira below.

What is Galp Energia’s presence in Brazil’s upstream sector?
At the moment, Petrogal is the country’s third-largest producer, considering oil and gas production, after Petrobras and Shell. We operate in the main and most attractive assets in Brazil today: the BM-S-11 and BM-S-11A blocks, in which we have 10% shares. We have another asset in the development phase, Carcará.
Moreover, our company strategy is very much committed to Brazil. Considering upstream activity around the world, Brazil is the place to be. We believe in the still largely untapped potential of the Brazilian reservoirs, and therefore, we are set to continue investing in those projects and analysing further opportunities in the country, such as the ones that will be included in the bid rounds the country has opened through the ANP [National Agency of Petroleum, Natural Gas and Biofuels].
We operate one onshore block, though we should continue to largely be a non-operator company in Brazil over the next few years. We have to be conscious of the fact that we are a medium-sized company in the world of E&P, but we have gained very relevant expertise on the Brazilian oil industry – especially in ultra-deepwater project developments – and we are very active within the consortia in which we are involved.
One thing is clear for us when analysing new opportunities: The most important thing is not volume; it’s value. If there is a valuable opportunity that could be developed though strong partnerships, we will be there.

How is the development of BM-S-11A going?
The Lula, Iracema and the Iara area in BM-S-11A are the key fields from which we will be producing throughout the coming years. Seven FPSOs are now deployed in those projects and two more are set to be in place in 2018. Petrogal’s entitled production reached 100,000 boepd, with more than 1 million boepd of installed capacity in the Lula and Iracema projects. This is less than eight years after the confirmation of the discoveries. We are still developing Lula and are at the beginning of the initial phase of development at Iara.
These are world-class assets and clearly amongst the best – if not the best – in Brazil. In this block, we are working with Shell and Petrobras, and now with Total, to put in place the technology and the best solutions to develop these assets. I do think we are still far from what could be achieved in terms of recovery from those reservoirs. All in all, there is a strong execution pace and a lot of potential upside ahead of us.

Can you describe the Carcará asset, which was awarded in October 2017?
We have been involved in the Carcará project since its discovery, made in block BM-S-8. There have been a few ownership changes in the block. Petrobras sold its share to Equinor [previously called Statoil], which is the operator at this moment. Exxon has also entered, and Petrogal has increased its participation by buying a part of Equinor’s shares. In total, four companies are in the block: Exxon, Statoil, Barra Energia and Petrogal.
We have been awarded the northern part of it, together with Equinor and Exxon, and now we should unitise both areas and prepare a single development of the field. We really like this asset, which holds an estimated 2 billion barrels of recoverable oil, and we are working on the exploration and appraisal phase. It will be one important growth project for us in the next decade.

What can you tell us about your operations in the BM-S-24 block?
We have a big discovery called Jupiter in BM-S-24, of which we own 20%. It’s a sizable oil discovery, but with high CO2 content. Currently, we are studying with Petrobras and other entities, including Brazilian universities, about possible technologies to use to develop Jupiter in the future.
In that block, we are also present in Sépia Leste, which is an extension of the Sépia discovery and is to start producing in the beginning of the next decade.

Does Galp view Brazil as the company’s engine of growth?
Absolutely, although Mozambique will also be part of the company’s development in the near future.
It’s important to say that in the past year, Brazil has changed a lot and we see that the Brazilian authorities have done a fantastic job of developing business and providing opportunities for Brazil to grow. As a result, we have seen companies such as ExxonMobil and Equinor returning and developing their activities in the country.
Furthermore, we consider that a stronger and more focused Petrobras will naturally be extremely positive for the country.
Also, the great work of the ANP has surely increased the value of the assets here, and that’s what everyone wants.

What recent changes have been made to Brazil’s local content and tax regulations?
The work that the energy minister and other regulatory bodies have done around local content has been excellent over the past year. They’ve found an equilibrium between the needs of Brazil and the needs of the companies bidding in ANP rounds, both in adjusting local content and establishing fiscal terms for new rounds that attract more international companies, which have several different opportunities to consider in other regions of the world.
The tax question has been more problematic, namely at the state level. In this regard, we should find a solution that doesn’t compromise the progress already made by the federal authorities with the Repetro extension approval.

How will increased competition affect the domestic industry?
Competitiveness is good for all companies. We are waiting for more competitors, which will be positive for the country and the industry. It will stimulate growth, ideas and the way we see the future.
In my view, Brazil is right now in one of the best moments to take the opportunity of the international interest to invest in the country, and the local industry should take advantage of that, but in a sustainable way. One cannot perform such development relying only on local capabilities. It should be a balance between top local and international expertise.

What is Galp’s approach in the global gas industry, and will you expand your operations in Brazil?
We have natural gas operations in Iberia and increasingly in some other areas in Europe, such as France, Germany and the Netherlands.
We see a future opportunity for natural gas in Brazil, as Congress is discussing a new law.
We are completely aligned with the notion that natural gas will certainly grow to be a primary energy source in the future. We have a huge gas project in Mozambique at the moment, and we are waiting for the opportunity to act on that front in Brazil.

For more information on Petrogal in Brazil, including the company’s Carcará and Lula field developments, see our business intelligence platform, TOGYiN.
TOGYiN features profiles on companies and institutions active in Brazil’s oil and gas industry, and provides access to all our coverage and content, including our interviews with key players and industry leaders.
TOGY’s teams enjoy unparalleled boardroom access in 35 markets worldwide. TOGYiN members benefit from full access to that network, where they can directly connect with thousands of their peers.