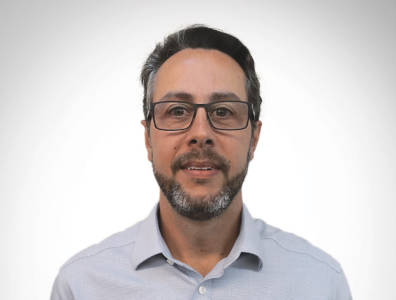 Concerning what is being produced and what the potential is in the Gulf of Mexico, Nigeria, the North Sea and Malaysia, no place in the world compares to Brazil.

Gustavo Bursztyn, CFO of Shell Brasil, talks to TOGY about the company’s E&P plans, competition and potential in the local market, decommissioning policies and challenges related to pre-salt contracts. Shell was the first IOC to begin producing in Brazil, and the company now accounts for 12-13% of the country’s overall production.

• On local competition: “The oil and gas business is not a short-term business; it is a mid- to long-term business. Competition is healthy. The capacity of the oil and gas industry in Brazil – in terms of geology, production, capacity – goes beyond what one company could do by itself. The more companies that come to Brazil, the better it will be.”

• On gas considerations: “The gas industry is one that will significantly develop over the next few years in Brazil. It is one that Shell has an interest in, in terms of looking at opportunities because we do have a lot of gas being produced in our pre-salt assets. Gas represents between 3-5% of total revenues from our production, but it is important. The question is what else to do with associated gas.”

Most TOGY interviews are published exclusively on our business intelligence platform, TOGYiN, but you can find the full interview with Gustavo Bursztyn below.

What are Shell’s near-term E&P plans?
Shell Brasil has built a portfolio of opportunities in the country, with the next one being looked at as a development opportunity being Gato do Mato. Shell had a part of the asset before, when it was called block BMS-54, and development was put on hold because of unitisation discussions, which now have been resolved. That is likely the next exploration activity that we will be planning.
In July 2018, Shell signed a contract for a new drillship and we secured very competitive rates. We are planning to have this rig working for us, not for one asset, but for a more thorough drilling campaign in the country, which we have not done for the past six years. Shell Brasil is coming back as an operator to drill in pre-salt areas exploration assets, likely in Gato do Mato first. We will also keep up with the portfolio we currently have.

How would you rate the competitive landscape of the Brazilian market?
The oil and gas business is not a short-term business; it is a mid- to long-term business. Competition is healthy. The capacity of the oil and gas industry in Brazil – in terms of geology, production, capacity – goes beyond what one company could do by itself. The more companies that come to Brazil, the better it will be.
We usually do not hold 100% of any asset. Strategically, none of the oil and gas companies hold 100%. It is not only a matter of strategy, but also a matter of risk mitigation.

What is the relationship between Shell and Pre-Sal Petroleo (PPSA)?
The creation of PPSA as an entity was conceived by the Brazilian government to be closer to oil and gas operations. As the business grows, it is a challenge for the government to decide how to structure itself to manage several contracts.
Up to now, Libra is the one contract it has managed as a PSC. The challenge will be how to successfully implement what it has done for Libra in dozens of new contracts, the number of which is growing. The government understands the challenge and needs to make sure that it not only has the number of people needed, but also that it has capable people.
Shell is making sure that we engage the government throughout the entire exploration and development process. Some PSC questions are new to Brazil and some questions both parties have, so the goal is to work together. We need to clarify legislation and help the government understand the needs of the operator. Shell brings to Brazil our experience from Nigeria and Malaysia, which have solid PSCs.
Part of the Gato do Mato reservoir is under a royalty regime and the other part is under a PSC regime, but it is the same reservoir. I have looked at the entire Shell portfolio globally, and nowhere else in the world exists one reservoir under two different regimes. PPSA understands this and we are willing to collaborate to find new solutions.

How well developed are decommissioning guidelines in the local market?
In the Shell Brasil portfolio, we currently have assets in the exploration, development and production phases, but we also have assets that are reaching their end of life from a production perspective. Related to decommissioning, Brazil’s challenge, and what I think is on the ANP’s mind, is how to avoid stopping operations. The goal is to enhance recovery and develop technology to boost investment and sustain operations.
From a regulatory perspective, the decommissioning space is in its early days, so we have not had any real decommissioning projects in Brazil. The ANP is looking at how to help the industry continue production, which is also in its interest because it keeps receiving royalties and special participation fees. The agency is looking into possibilities to reduce royalty rates for assets that are becoming mature.
Shell looks for the clarity of the regulatory environment on decommissioning. We develop technology to sustain production.
Bijupirá-Salema and Parque das Conchas are assets that have been producing since 2003 and 2009, respectively. They have produced more than 100 million barrels, but the question is whether we can still look at infill opportunities, which means reservoir opportunities around the existing assets. These are usually very economical and more attractive than developing a whole new infrastructure programme. The regulatory environment needs to support those kinds of activities, and there are plenty in the Santos Basin.
Regarding decommissioning, the other regulatory challenge is how to have the ANP view fully aligned with that of Ibama [Brazilian Institute of Environment and Renewable Natural Resources]. Having the two of them aligned is one step we need.

What is the significance of Brazil’s gas assets?
The gas industry is one that will significantly develop over the next few years in Brazil. It is one that Shell has an interest in, in terms of looking at opportunities because we do have a lot of gas being produced in our pre-salt assets. Gas represents between 3-5% of total revenues from our production, but it is important. The question is what else to do with associated gas.
Petrobras has its own strategy of not being the sole player in the midstream sector, so you see it selling assets through a divestment programme. We need to be prepared for new players to come into that area, and consider what the country’s gas strategy will be. Shell wants to better monetise the gas, working together not only with Petrobras, but also with new players that will be coming into the market.
The government is looking closely at this. We still have regulatory barriers that need to be broken down. The regulatory environment for gas is in its early days, moving away from Petrobras as the monopolistic player.

What is the potential of the Brazilian oil and gas industry?
In terms of potential, Brazil is the place to be. Concerning what is being produced and what the potential is in the Gulf of Mexico, Nigeria, the North Sea and Malaysia, no place in the world compares to Brazil.
From an economic perspective, we have unit operating costs that are running below USD 10 per barrel, which is very competitive against any other basin in the world. When you look at unit development costs for assets in Brazil, with breakeven levels around the USD 40 mark, it is also very competitive.
The work the government has been doing, especially the ANP, to establish a very clear schedule of bid rounds brings the clarity that companies need to establish a long-term strategy, but also the services companies, to have structured investment in Brazil. Some of our competitors are starting to come in and competition is good. It would be hard to believe that there exists an oil and gas company that didn’t have its eyes on Brazil.

For more information on Shell in Brazil, including the company’s new blocks, see our business intelligence platform, TOGYiN.
TOGYiN features profiles on companies and institutions active in Brazil’s oil and gas industry, and provides access to all our coverage and content, including our interviews with key players and industry leaders.
TOGY’s teams enjoy unparalleled boardroom access in 35 markets worldwide. TOGYiN members benefit from full access to that network, where they can directly connect with thousands of their peers.