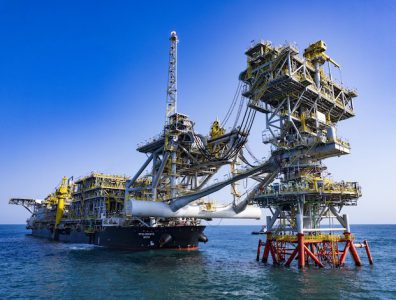 Mexico's upstream landscape today is very different from the one of two decades ago, when the country reached a peak production of around 3.3 million bopd.

Mexico has seen decreases in its oil production in the past two decades, but now the country is looking to reverse this trend by reinvesting in Pemex. Meanwhile, private companies are growing their share of production and continue to increase their significance in the country’s oil and gas sector.

Mexico’s extractive potential speaks for itself. The country has oil reserves of 6.1 billion barrels and a production of around 1.6 million bopd. However, today’s upstream landscape is very different from the one of two decades ago, when the country reached a peak in production of around 3.3 million bopd. Determined to revive its “golden age” and ramp up production, the government has set in place a strategy to significantly increase output.
The roadmap to success has been premised on making Pemex the powerhouse it used to be. Today the NOC is carrying the baton of Mexico’s upstream sector, producing nearly 95% of the country’s total crude, which rose to 1.75 million bopd by the end of 2021.
In December 2018, commencing with the beginning of the AMLO administration, the government proposed a six-year plan to increase the NOC’s output. The plan was for the company to focus on 20 top-priority maturing fields with the aim of reversing depletion and achieving quick gains. The government estimated the gains from these priority fields to be 157,000 bopd by 2020. In the meantime, Pemex was to proceed in developing 20 new projects each year to total 120 by the end of the six-year plan.
However, Pemex has often failed to meet the goals of this scheme. The production in its priority fields has now reached expectations, producing 162,000 bopd by September 2021. By contrast, its new developments have failed to produce across the board. The company has only developed 25 of an expected 60 new developments. A total of 300,000 bopd were expected to be extracted from new projects, but only 114,000 bopd was reached by the end of 2021. Star projects such as the Ixachi field produced 31,400 bopd by the end of 2021, which is 58% less than the government’s forecasted 75,000 bopd.
These failures have resulted in Pemex missing its estimates submitted to the National Hydrocarbons Commission (CNH) by more than 30%. Consequently, the NOC had to resubmit its plans to the regulator. The government had hoped to achieve a total production of 2.5 million bopd by the end of the six-year plan and cross the 2-million-bopd mark by 2021. Now it has set a new target of 2 million bopd by the end of the six-year term. As of September 2022, however, the country was still producing 1.6 million bopd, a figure that has remained essentially stagnant for three years.
Production issues are due to several factors. One was the disruption to the industry and the consequent fall in crude prices caused by the Covid-19 pandemic. Technical matters have also arisen from the high pressure and depth of these fields. Finally, Pemex has experienced severe budgeting problems. The company is the world’s most indebted oil company (and perhaps the world’s most indebted nationally owned company), with a debt of USD 109 billion as of June 2022.
Pemex is trying to maintain production rates at its largest producing fields, Ku, Maloob, Zaap, Ayatsil and Zanab. These are responsible for 808,000 bopd, which is equivalent to 48% of the NOC’s total production. Different EOR and IOR applications will be key in its path toward achieving its production objectives. Furthermore, drilling activities have picked up. Mexico has a total of 6,929 wells now in operation, and 70 of these are development wells. It is therefore only a matter of time until the country increases its oil flows to ultimately hit the 2-million-bopd threshold.
Pemex had touted EOR and IOR as a main part of the company’s plan to increase production in its mature assets. However, this part of the plan has run into several issues. Above all, the use of EOR and IOR was curtailed due to the drop in prices following the Covid-19 pandemic. Such services require higher-price conditions to maintain their economic viability. The experimental nature of these methods, along with their medium- to long-term return horizon, has led to their underutilisation by the NOC. With the price of oil being in the neighbourhood of USD 85-95 EOR and IOR are bound to reacquire momentum moving forwards.
Despite the issues the oil industry has faced, the government has invested in it heavily, and it is now deemed fundamental for the wellbeing of the nation’s economy. This is reflected in the USD 4.16 billion in committed investments, USD 46.5 billion in approved investments and USD 10.8 billion in executed investments, as reflected in E&P contracts.
For example, in November 2022 Pemex was given the green light to develop the abandoned Lakach deepwater natural gas project. The revamped plan approved by the CNH will see Pemex allocate USD 1.79 billion towards the asset, with USD 1.47 billion earmarked for development activities. “The level of investment committed during this period is going to determine new reserve additions and production output for the country by the end of the decade,” Andrés Brugmann, then-director-general of Fieldwood Energy, told The Energy Year.

BREAKING THE CEILING: Although a number of the setbacks that the Mexican oil industry has faced are out of its control, the AMLO government’s reversal of the economic policies of the previous government has made it more difficult for foreign companies to operate in Mexico. Experts estimate that Mexico could be producing 2.9 million bopd if the previous government’s energy reforms were fully implemented. This reversal in policy comes despite the fact that the private sector is increasing its contribution to the country’s output.
While Pemex continues to focus on maturing fields, the private sector is galloping ahead. Many of the E&P contracts awarded during past bid rounds are now passing from the exploration phase to the development phase. Moreover, in May 2022, private operators managed to break the 100,000-bopd ceiling, a production equivalent to 6% of national output.
“The fact that private E&P companies have hit 100,000 bopd is a huge milestone,” Merlin Cochran, director-general of Amexhi, told The Energy Year. “It exemplifies the commitments of the private sector and signifies change.”
This historical goal was jointly achieved by 21 private firms operating 32 of the 110 contracts in the country. Forecasts suggest that production from the private sector will reach 280,000 bopd by 2024 and peak at 400,000 bopd in 2028. Reflecting on the current scenario, Alberto de la Fuente, president and general director of Shell Mexico, told The Energy Year that “what people are looking for is to accelerate production, and in this journey, private operators are also excelling.”
Players such as Eni, Hokchi Energy and Perenco are the largest private producers in-country. Together they have managed to raise their output to 50,000 bopd, around half of the total private production.
Eni’s Area 1 recovered from stagnated output with the arrival of its Miamte FPSO unit in January 2022, which led to production jumping from 9,336 bopd to 14,091 bopd. Likewise, Hokchi’s Area 2 has experienced a ramp-up in production since March 2021, rocketing its oil flows from 1,832 bopd to 20,013 bopd. Perenco’s Santuario El Golpe asset in Tabasco has also seen a steady output and is now producing close to 16,500 bopd.
Another promising area, Area 4, was recently owned by Texas-based Fieldwood Energy but was recently sold to Lukoil, which operates it with partner PetroBal. Production in Area 4 began in November 2021, with 22,212 bopd being pumped from the Ichalkil and Pokoch fields in Q1 2022. Production from the fields is set to hit 40,000 bopd by the end of 2022. Overall, Area 4 is expected to reach its bopd peak in 2023 at 60,000 bopd.
Thus, production rates coming from the private sector are rising rapidly. While many of the E&P contracts are now entering a development phase, private operators are bound to gain more prominence in Mexico’s oil spectrum moving forward. According to Jorge de Dios Morales, director-general of Diarqco Group, of the 111 contracts awarded post-2013 energy reform, at least 20-25% have reached development.
“This translates into greater investments, higher job creation rates and, consequently, greater benefit sharing for the government,” he told The Energy Year. This situation marks a win-win for Mexico’s oil industry at large.