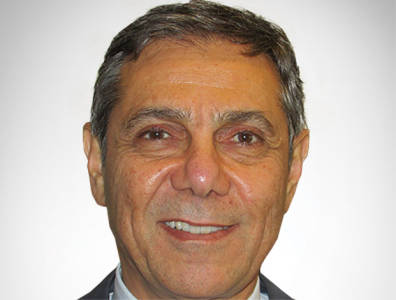 "Privatisation would definitely create opportunities for banks, and this is an interesting area that we will try to follow up on."

Projects in the pipeline

TOGY talks to Moataz El Rafie, senior deputy CEO, about Ahli United Bank’s global and domestic operations, rumours of privatisation in GCC energy industries and plans for the future. The financial institution provides wealth management, retail, corporate and private banking services to clients that include players in the energy industry.

The Ahli United Bank, the first bank in Kuwait, with roots tracing back to 1941, is heavily involved in the country’s oil and gas industry. The bank works with oil companies and services providers, funding projects. Recently the company was involved in the project financing for the new KNPC refineries.
Ahli United Bank Kuwait, which is listed on the Kuwait Stock Exchange, was acquired by Ahli United Bank Group in 2002 and has been operating as Islamic finance bank since 2010. The financial institution provides wealth management, retail, corporate and private banking services to clients that include players in the energy industry.

• On Kuwait’s economy: “The economy in Kuwait is, to a large extent, based on the oil and gas industry. Oil is a major source of income in Kuwait.”

• On the energy industry as target market: “The main oil companies are obviously the main revenue generators for Kuwait, and every bank wants to deal with them. Then there are the EPC contractors. Usually, as banks, we like that sector because it has always been stable.”

TOGY delved further on privatisation, and the opportunities partial privatisation provides to both Kuwait’s oil and gas industry and the banking sector. El Rafie shined his light on Kuwait’s existing private sector, and the role small to medium-sized business plays. Most TOGY interviews are published exclusively on our business intelligence platform TOGYiN, but you can find the full interview with Moataz El Rafie underneath.

Can you talk about the bank’s operations and how it is connected to the energy industry in Kuwait?
Ahli United Bank in Kuwait was previously Bank of Kuwait and the Middle East. Before that, it was the British Bank of Kuwait. Established 75 years ago, we were the first bank in Kuwait.
Ahli United Bank Kuwait has a special focus to be very active in the oil industry. The economy in Kuwait is, to a large extent, based on the oil and gas industry. Oil is a major source of income in Kuwait. There are opportunities to work with the oil companies, but also service providers and contracting companies, especially those working with KNPC [Kuwait National Petroleum Company] and KOC [Kuwait Oil Company].
Recently, we have been involved in project financing for the new KNPC refineries. It is a big new syndication. Lending opportunities to the oil industry are relatively limited, and this might be the first lending opportunity we have seen.
There has also been some talk about the partial privatisation of some of the oil companies. That is a very interesting subject, and we look forward to it. We have heard that there is some progress being discussed for some of the oil companies, including KOTC [Kuwait Oil Tanker Company], PIC [Petrochemical Industries Company] and Kufpec [Kuwait Foreign Petroleum Exploration Company]. However, I am not sure exactly which model they are adapting to.
Privatisation would definitely create opportunities for banks, and this is an interesting area that we will try to follow up on. Unfortunately, such issues sometimes tend to take a longer time in Kuwait.

Do you think there is a big need in Kuwait for the private sector to be more involved in projects?
When you give a company over to the private sector, it will be managed with more flexibility and in a much better way than the public government management. This is not because of inefficiency, but normally, the private sector will have more flexibility and will be leaner to operate.
Companies affiliated with the oil and gas industry, such as the oil tanker and shipping companies, do not need to be run by the government. Perhaps the government should focus on the main government resources, such as oil extraction, refining and selling, but the services around that can be done by the private sector more efficiently.
There is also big business with service providers and contracting companies, not only on the new projects being tendered, but on ongoing ones, such as maintenance and supplies. These create a lot of business in the country, which leads to contractors hiring engineers, financial services, banking services and more.
Additionally, we should not only look at the mega-projects that make the news. There is an ongoing flow of smaller ones that are coming to the market every day.

Could you describe the SME market here in Kuwait?
SMEs are a different story in Kuwait. Those providing business to the oil companies are relatively well-established, large companies. They have been in the business for some time, and they know exactly how to do the business that they are doing. If we talk about a company with contracts or turnover of USD 50 million or USD 40 million, it is not typically an SME. Maybe in the USA it would be considered an SME, but here it is a well-established company that has been in the business for years.

What are some hurdles facing large international companies in the country?
International companies have been doing business in Kuwait for more than 50 years. They know the market quite well and have made strong relationships. They know the constraints, the market conditions and the opportunities. They may face some minor obstacles, but they have always been able to find solutions.
Previously, international companies were restricted by taxation, but it did not stop anyone from doing business. Nowadays, they may complain a little bit about the delay of projects, because sometimes they experience delays in the awarding of contracts.
Would you say that the entire energy value chain is a target market for you?
I think it is a target market for all banks. The main oil companies are obviously the main revenue generators for Kuwait, and every bank wants to deal with them. Then there are the EPC contractors. Usually, as banks, we like that sector because it has always been stable.
We also target smaller companies, though not necessarily SMEs because they are not very well established in the oil business in Kuwait yet. We wish to see them active and providing services and contracts to the oil industry one day, but that has not happened yet.

How important is Kuwait in terms of your regional portfolio?
We see that the economy of Kuwait is very strong, despite the decline in oil prices. Government spending did not decline as a result of the oil prices, but as a declared strategy of the government. Liquidity is in very good shape and growth opportunities for the banking segment are strong. We see opportunities because we have a large pipeline of projects coming, not only in the oil sector, but also in the infrastructure sector, such as in power generation and roads. We also have multiple large hospitals.

For more information on Ahli United Bank, see our business intelligence platform TOGYiN. TOGYiN features profiles on companies and institutions active in Kuwait’s oil and gas industry, and provides access to all our coverage and content, including our interviews with key players and industry leaders. TOGYiN currently covers 31 markets worldwide.