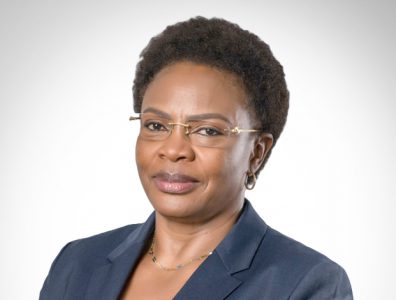 Sonangol’s regeneration and divestment programme has boosted the confidence of both national and foreign investors.

How do you assess the reform of Angola’s petroleum industry?
The main goal of the petroleum reform was to reverse the decline in production by attracting investment into exploration of new reserves and developing production projects. This has long been one of the demands of the Executive and of petroleum companies. With the sharp drop in crude oil prices since 2014, the need to review the legal and fiscal framework applicable to the oil and gas sector became critical.
This reform also brought about changes in material aspects of the operations – for example, the enactment of the rules applicable to procedures for hiring of goods and services for the petroleum industry, comprising shortened deadlines and increases to the thresholds for the approval of contracts; rules on abandonment of wells and decommissioning of oil and gas facilities; exploration activities in existing development areas in petroleum concessions; incentives and procedures for qualified marginal zones; and a legal framework applicable to natural gas.

Which sectors will be most affected by this transformation?
In general terms, the transition of the national concessionaire role from Sonangol EP to ANPG [National Oil, Gas and Biofuels Agency] has been smooth, and the interactions between the different decision makers has not involved major hurdles, which has pleased investors.
Also, the definition of clear and transparent rules for the development of gas reserves demonstrates the Angolan state’s interest in developing the country’s natural gas resources, and as a possible driver for the national economy, including to promote the implementation of renewable energy and gas-to-power projects.

What milestones has the country achieved during the Covid-19 pandemic?
Oil prices were impacted by the Covid-19 spread, which negatively affected operations, notably drilling campaigns. The oil crisis, however, did not impair the Executive’s plans to launch the 2020 licensing round, in which nine blocks in the onshore Congo Basin and Kwanza Basin were put out to tender on April 30, 2021.
Additionally, the Executive announced that the country will join the Extractive Industries Transparency Initiative (EITI), to provide maximum transparency in the exploration of mineral resources and hydrocarbons. Despite the pandemic, Angola’s energy industry continues to be focused on its development and improvement.

What are the main objectives of the new local content legal framework?
The new local content regulations expressly repeal the former rules on this matter, which were in force for 17 years. The importance of the new regulations is in their contribution to making the national business community and workforce part of the petroleum industry, as well as to incorporating national products therein with a view to reducing imports and increasing the internal production of goods and services.
As such, whenever local capacity is available, the relevant goods and services should not be provided by companies other than Angolan companies or Angolan law companies. (“Angolan companies” are companies incorporated and headquartered in Angola wholly owned by Angolan individuals or companies; “Angolan law companies” are companies incorporated and headquartered in Angola irrespective of their shareholding structure.)
This, together with the introduction of a new concept of “Angolan company,” which have a preferential right over competitors (whether Angolan law companies or foreign companies), implies that investors should reassess their business structures and the vehicles used to provide goods and services to the Angolan petroleum industry.

What are the still existing challenges for its implementation?
The ANPG is expected to issue official guidelines aimed at regulating some of the matters set forth in the local content regulations, also preparing a set of actions during the first semester of 2021, including the lists of the exclusive and preferential regimes. Reportedly, though, the release of the lists has been recently suspended pending further discussions on the matter among the industry’s main stakeholders.
Possible roadblocks to implementation comprise, for instance, uncertainty in respect of the exact goods and services which will fall under the exclusivity regime and the preferential regimes, and the fact that these lists, once published, will be updated annually, which could affect stability in the perspective of foreign investors.

What are the still existing challenges in Angola’s regulatory and fiscal framework in terms of incentivising FDI?
From the outset, companies value efficiency, but they also highly value stability, which is a point to be considered in the context of the reform of the petroleum sector. At this point in time, however, the decision on whether or not to continue to invest in the Angolan oil sector no longer depends exclusively on the contractual and economic benefits available to investors, but also on the challenging macroeconomic context which has an impact on the operation costs and the expected rate of return, for example Covid-19.
One of the challenges in Angola has always been to repatriate hard currency out of the country, whether to remit profits or to make payments to suppliers of goods and services. Although some generic foreign exchange rules have been approved lately aimed at liberalising the rules, they might not be sufficient to resolve the ongoing problems.

How could Sonangol’s divestment programme affect Angola’s economy going forward?
Sonangol’s regeneration and divestment programme has boosted the confidence of both national and foreign investors. It also allows for a better use of the financial resources of the State, thus contributing to the diversification of the economy and development of other sectors.

What are some of the specific objectives rolled out by Fátima Freitas & Associados for 2021?
As a law firm, our main objective for the past 22 years has been the same: to provide the best service to our clients, being with them in all challenging moments, and to continue to be a benchmark of quality in the market of legal services.
We are also investing to maintain the motivation and enthusiasm of all our lawyers and professional staff. We count on wonderful professionals within our Miranda Alliance and have been taking advantage of the current situation to increase our network and communication efforts through the “Miranda Alliance Short Talks” webinars and at events organised by third parties, and other initiatives such as ongoing training sessions and online team building events.
Moments of adversity are unique opportunities to show our strengths and capacity to innovate and be creative. The Miranda Alliance podcast Investing Beyond Borders is a very good example of this.

How has the pandemic affected the work dynamics for Angolan law firms?
The online platforms gave us a new segment of work because now we have meetings online and can engage in valuable business development initiatives via webinars. It’s a new and positive thing because we can reach more clients. Moreover, we are able to freely discuss the issues and attend to them in a more personalised way.

Why did the company rename its Oil and Gas department to the Energy and Natural Resources Department?
We have been assisting clients involved in a wide range of energy projects, such as oil and gas, including natural gas recovery projects and LNG, as well as power and renewable energy projects, so we decided to create a new department covering these areas. In fact, some of the big IOCs are looking at renewables in Angola. Our operation is very much focused on our client’s needs. We also have an experienced mining practice built over the years and with the recent revamp of the mining activity in Angola, covering the exploration of diamonds and other minerals, we also wished to highlight our mining practice.