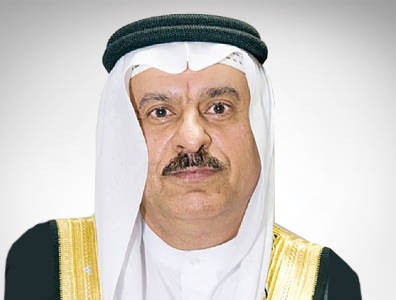 The GCC remains […] a very cash-copious region and an attractive business hub and consumer market for imported products and services to a population that is considered one of the youngest and highly spending in the world.

TOGY talks to Abdulrahim Hassan Naqi, secretary general of the Federation of GCC Chambers (FGCCC), about differences in business practices in GCC countries and those abroad, the need to boost the private sector and advice for industry frontrunners on how to push development in Saudi Arabia. Founded in 1979, the organisation protects the interests of the GCC’s private sector both domestically and abroad.

The institution is comprised of six chambers of commerce among GCC countries (Bahrain, Kuwait, Oman, Qatar, Saudi Arabia, and the UAE). The federation was originally represented by the chambers of commerce of seven countries, but Iraq’s membership was dismissed after the Iraqi regime invasion of Kuwait in 1990.

• On the region: “The GCC, as a single market, is one of the fastest growing markets in the world and has become increasingly significant to the global economy. It also attracts a broad range of inter-sector foreign investment.”

• On escaping oil dependence: “The GCC economies are still dependent on oil as their main export and source of revenues. However, local governments are trying to replace this growth model through economic diversification policies aimed at reducing dependence on the oil sector.”

• On vision 2030 initiative: “The economic future in the Kingdom of Saudi Arabia is bright. The kingdom’s Vision 2030 [programme] aims to give the private sector more power in order to be the main engine driver for the economy’s wealth and prosperity.”

Naqi also details how Saudi Arabia intends to escape its dependence on crude to support its economy. Most TOGY interviews are published exclusively on our business intelligence platform TOGYiN, but you can find the full interview with Abdulrahim Hassan Naqi below.

How do business idiosyncrasies of the GCC region compare with other parts of the world?
The economy in the GCC is different from the rest of the world. The balance of power between the private sector and the public of sector is not equal. The balance is still very much in favour of the public sector. In order to have a stronger private sector, you need to balance the two sides.
In the United States and Europe, economies are led by the private sector and the government supervises it. The GCC countries in recent years took a very ambitious and progressive approach by introducing visions of the countries that reflect empowerment of the private sector and less dependency on oil revenues as the main income of the region’s wealth.

How can the domestic private sector expect to grow in Saudi Arabia and the region?
The GCC, as a single market, is one of the fastest growing markets in the world and has become increasingly significant to the global economy. It also attracts a broad range of inter-sector foreign investment.
Continuous reforms and improvements have been made to consolidate the private sector to be less dependent on the government or oil and gas, making the region attractive for enterprises considering offshore expansion in a promising market.
Saudi Arabia is fully committed to boosting and consolidating partnership with the private sector in economic development as it categorically embraces the principles of privatisation as the key element in economic liberalisation. A wide range of sectors and activities are being opened to private sector initiatives, notably in telecommunications, electricity, and postal, airline and railways services. In addition, industrial cities, port services, water facilities and some other potential investments areas are similarly open for private sector activities.
The combined GDP of the GCC is expected to reach USD 1.15 trillion – the equivalent of India – and attract USD 670 million in total investment by 2018.

How has Saudi Arabia and the region dealt with the need for labour in the energy industry while maintaining financial stability?
The Saudi government’s revenue has been seriously affected by the weaker oil price, but it is responding to this challenge in a timely and gradual manner. Although the Kingdom of Saudi Arabia is fiscally strong enough to withstand several years of sustained lower oil revenues, efforts toward diversification must be accelerated to ensure sustainable economic growth in the future.
Businesses must also employ a certain quota of Saudis to comply with Saudisation rules. Saudisation, or Nitaqat, is a Saudi policy which aims to create better employment prospects for Saudi citizens and rely less on imported foreign labour.
With oil prices so low, Gulf states have been forced to rethink how they fund their development and infrastructure spending. To boost income, GCC countries have announced plans to introduce a value added tax in 2018 – a first of its kind in the region – on citizens and residents.

How has the drop in oil prices affected the market?
The GCC economies are still dependent on oil as their main export and source of revenues. However, local governments are trying to replace this growth model through economic diversification policies aimed at reducing dependence on the oil sector. Revenues from the hydrocarbon sector have been used to boost growth in the non-hydrocarbon industries in the form of subsidies and government spending. Saudi Arabia, UAE and Qatar have been more successful in diversifying their economies compared to their GCC neighbours.
The oil industry is cyclical and every five or ten years the barrel price comes down and the industry has to take stock and revisit its long-term strategies. Where the GCC countries are not yet up to scratch is that the private sector is still comparatively less influential than the public sector. If it were, the oil prices having fallen would be less significant because there would be more flexibility and dynamism to alleviate the problems. The private sector can encourage cross-border initiatives; private companies can think as a group, they can think as the GCC.

How would you assess the business environment in the GCC?
The GCC remains, despite all the woes of the current oil crisis, a very cash-copious region and an attractive business hub and consumer market for imported products and services to a population that is considered one of the youngest and highly spending in the world.

What advice would you give industry heads about the future of Saudi Arabia and the region?
The economic future in the Kingdom of Saudi Arabia is bright. The kingdom’s Vision 2030 [programme] aims to give the private sector more power in order to be the main engine driver for the economy’s wealth and prosperity. However, the real affluence lies in the determination of the people, especially the young generation. Believing in the young generation and providing them with the best possible education will ultimately upgrade the country’s welfare, generate many jobs and enhance entrepreneurship.

What is the FGCCC doing to improve business in the region?
Basically, the role and functions of FGCC Chambers are to represent the Gulf’s private sector at GCC ministerial and technical committees; co-ordinate with the general secretariat of the GCC on matters related to the Gulf’s private sector; organise events that involve co-operation between member chambers and the Secretariat of the Gulf Cooperation Council for the Arab States, Arab and international organisations; encourage foreign companies to invest in GCC states; support small and medium-sized enterprises and businessmen; publish directories, magazines, leaflets, and other publications; prepare training programmes to improve the performance of the private sector; undertake studies and working papers that relate to the Gulf’s economy; mediate in the settlement of trade disputes; and propose laws and regulations related to the private sector to the concerned authorities.

What work do you do for the GCC outside its member countries?
The federation has active external co-operation agreements with several chambers and trade organisations in the Gulf region, Middle East, North America, Europe and the Asia-Pacific region. It has also established strong liaison with regional trade blocs and international agencies, including those of the United Nations.
The federation has established updated information and communications facilities that keep it abreast with development in the global market. The federation keeps on working on new innovations in order to provide the best possible services to its constituents, the GCC business community.

For more information on Federation of GCC Chambers in Saudi Arabia, including the latest news and current projects, see our business intelligence platform, TOGYiN.
TOGYiN features profiles on companies and institutions active in Saudi Arabia’s oil and gas industry, and provides access to all our coverage and content, including our interviews with key players and industry leaders.
TOGY’s teams enjoy unparalleled boardroom access in 35 markets worldwide. TOGYiN members benefit from full access to that network, where they can directly connect with thousands of their peers.