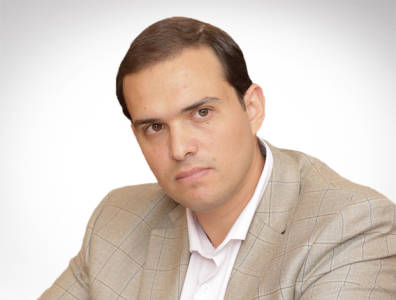 The projects and the developments in Vaca Muerta will generate positive effects for the reactivation of the rest of the basins and we want to be ready for that.

Marcelo Alejandro Juri, the secretary of energy at the Ministry of Environment and Sustainable Production of Salta province, talks to TOGY about the state of the provincial power sector, how the province is promoting the development of the renewable energy sector and the outlook for the regional hydrocarbons market. Once the second-largest gas-producing province in Argentina, Salta is now working to encourage the development of both renewable and non-renewable energies.

• On Salta’s power sector: “We cannot eliminate diesel completely because we need to have the stable base that generators provide, but we are looking to diminish its consumption. We are working towards a mixed system of solar panels and batteries, with diesel generators as reference and emergency. Some areas are capable of producing energy from mini-hydroelectric plants.”

• On renewables: “The promotion of renewable energies is a government policy that seeks the care of the environment, the diversification of the energy matrix and the lowering of generation costs.”

• On oil and gas potential: “We hope to have important and competitive companies. Our province has a lot of potential for unconventional resources in the Los Monos formation, which is why we want to promote exploration.”

Most TOGY interviews are published exclusively on our business intelligence platform TOGYiN, but you can find an abridged version of our interview with Marcelo Alejandro Juri below.

What is the state of hydrocarbons activity in Salta in 2017?
The province was once the second-largest natural gas producer in the country and now it is now in fifth place. This is the result of the lack of investment in exploration, which was absent for many years and aggravated by damaging national policies. It is difficult for a province to resolve this problem on its own. We understand that the projects and the developments in Vaca Muerta will generate positive effects for the reactivation of the rest of the basins and we want to be ready for that.
In August 2017, Salta Governor Juan Manuel Urtubey sent to the provincial legislature a draft Law of Promotion and Fiscal Stability for the generation of employment, proposing the creation of a unified system of promotion of private investments in the province, contemplating hydrocarbons, renewable energies and mining activities and the main sectors.
On the national level, we are requesting stimulus measures for the Northwest Basin, mainly through the requirement of the stimulus price of USD 7.50 per million Btu for all new gas, claiming an equal treatment with the basins in which this is already being applied.
We also passed Resolution No. 37/17, through which we redefined the open blocks for hydrocarbons areas to make a call for a national and international bidding round, looking for the establishment of new companies, with the goal of having a better understanding of the hydrocarbons system in our basin.
Throughout December 2017, we will make available an orderly and systematised database with valuable information of each of the province’s new open blocks. With these tools, we look to generate a scenario that attracts new investments.

What type of operators do you seek to attract to Salta in the next bidding rounds?
We will seek to get the attention of operators in complex fields with technical and economic support that can abide by the commitments that are requested from them. The last invitation for bids in Salta was in 2014 and the Desecho Chico block was granted to YPF at the end of 2015.
We hope to have important and competitive companies. Our province has a lot of potential for unconventional resources in the Los Monos Formation, which is why we want to promote exploration.

How are operational costs in the Northwest Basin?
We have deep wells in a complex topography that bring risks. In any case, companies invested in them and continue to do so. In comparison with the rest of the basins, we know that our costs and risks are different, and that is why we apply and foster the previously mentioned promotional measures.
Tecpetrol has started a campaign in Campo Durán, drilling three wells that will demand an investment of more than USD 30 million. If the company continues doing these types of investments, it is because it is profitable. We have to continue luring investment for exploitation and exploration.

What is the outlook for Salta’s downstream sector?
Refinor has a crucial presence in the province. It is the only refinery of the basin and one of the major employers of the province. It is the only refinery that buys from local producers and other provinces with whom we share the basin. The drop in production in the basin impacted Refinor’s processing levels, which is why it is looking for commercial alternatives in other regions.

What roles do Chile and Bolivia play within the energy strategy of the province?
The geographical location of the province is strategic. We are a province that borders three countries – Chile, Bolivia and Paraguay – and that gives us an additional attractiveness for industrial and commercial exchanges.
We know that Refinor is trying to close some deals with Bolivia to acquire LPG. On its behalf, Argentina’s Ministry of Energy and Mining is promoting an electrical interconnection project with Bolivia through a high-tension line that goes from Yaguacua, Bolivia to Tartagal, Salta. It is an important project, through which Bolivia would sell us energy. The bonds are strong, and I believe they will be reinforced. Besides, we share a basin with this country.
We have plenty of diplomatic relations with Chile and we have conducted several know-how transfers. We import gas from the Mejillones port through the NorAndino and Atacama gas pipelines, which traverse our province and connect us with Chile. These gas pipelines are in operational conditions, looking for new exchange opportunities.

What are Salta’s renewable energies targets and how will the province attain them?
Since 2014, we have had the Salta Provincial Law No. 7823, which establishes policies for the promotion of renewable energies through a series of tax exemptions and the possibility of renting provincial lands under promotional prices, among other benefits. This is the framework under which many of the province’s RenovAr projects were proposed. With respect to mid- and small-sized projects, the law establishes the possibility to apply to fiscal credits, where the province can finance up to 70% of installation expenditures. It is directed mainly at residential, commercial and industrial projects.
Also since 2014, we have Law No. 7824, which establishes the possibility for residential, commercial and/or industrial users to inject energy produced from renewable energy into the low- or mid-tension network, fixing promotional tariffs that contribute to the amortisation of part of the investment undertaken.
Another goal of this government is the progressive replacement of diesel power plants in isolated departments of the National Interconnected System. Within the wide and diverse territory of Salta, there are 21 departments that are not connected to the electrical system and that depend on diesel. We cannot eliminate diesel completely because we need to have the stable base that generators provide, but we are looking to diminish its consumption. We are working towards a mixed system of solar panels and batteries, with diesel generators as reference and emergency. Some areas are capable of producing energy from mini-hydroelectric plants.

What are the challenges that the province faces when promoting the use of renewable energies on the residential, commercial and industrial levels?
The main challenges are the current market prices. Even though there is a progressive downward trend of the cost of equipment, prices are still elevated. The lack of knowledge of the technologies and how to take advantage of them is also another obstacle. To overcome these limitations, the provincial government decided to enact the two previously mentioned laws, establishing incentives that encourage and help those interested by providing financial assistance.
Besides the fiscal credits certificates, promotional tariffs are applied during the first two years to amortise part of the investment. In the third year, kilowatt-by-kilowatt energy compensation will be applied. The promotion of renewable energies is a government policy that seeks the care of the environment, the diversification of the energy matrix and the lowering of generation costs.

For more information about energy regulation in Argentina and elsewhere, see our business intelligence platform, TOGYiN.
TOGYiN features profiles on companies and institutions active in Argentina’s oil and gas industry, and provides access to all our coverage and content, including our interviews with key players and industry leaders.
TOGY’s teams enjoy unparalleled boardroom access in 35 markets worldwide. TOGYiN members benefit from full access to that network, where they can directly connect with thousands of their peers.