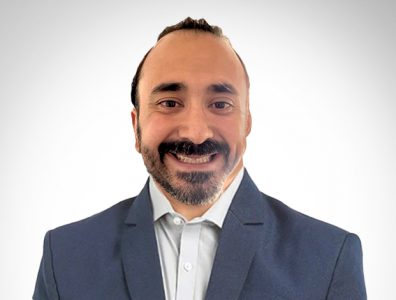 Solar radiation in Mexico is rated as among the best in the world.

Solar in Mexico: potential and challenges

José Jove, CEO of Prana Power, talks to The Energy Year about potential and challenges in the development of solar power generation in Mexico and the company’s new in-house project management software. Prana Power develops, owns and operates solar facilities in the country.

What hurdles need to be overcome for Mexico to unlock its potential for solar energy?
The potential for solar power generation is huge. Radiation in Mexico is rated as among the best in the world. When Prana Power started in 2017, there was clarity in the renewables space because there were set targets, both locally and internationally. Under that regulatory scheme, we decided to invest, develop and build projects and create a business with a good return on investment.
Unfortunately, there have been many hurdles. There is currently no clarity as to where things are going. The government’s attempt to bring in the new energy bill has created a lot of instability and scepticism in the market. Many investors were driven away, especially banks with whom we had good relationships. Although companies like ourselves had term sheets signed and deals made, they were all put on hold.
Likewise, regulatory entities like the CRE [Energy Regulatory Commission] must ultimately grant permits. It has become complicated for new permits to be granted. These take a long time, which makes the situation unsustainable.

How is Prana Power a pioneer in distributed generation?
Local incentives around distributed generation are growing rapidly, which is what Prana Power is focused on. These projects are booming. However, one is limited in terms of space and capacity. There is a maximum of 499.99 kW per metre for projects to be considered distributed generation.
These smaller projects are on a different scale and are a totally different business from large-scale production. One is not selling huge amounts of energy and one must provide net metering with customers. There are different schemes to be followed such as PPAs [power purchase agreements], leasing and loans.
Distributed generation is currently very competitive because it is the only thing moving forward. Companies recognise Prana Power as the first movers in this market, with capabilities on the commercial and industrial sides. This model was more common in the residential sphere and less in the industrial and commercial areas. In 2017, we launched our distributed generation scheme and now operate upwards of 8 MW, something previously unheard of in Mexico. It took us two to three years to finish projects that were initially expected to be built in five.
We successfully set up industrial solar ventures in Querétaro of 385 kW, and two similar developments in Pachuca and Cuautitlán of 2.5 MW and 523 kW, respectively. We have also invested in projects in the northern part of Mexico and Monterrey. Normally, the capacities of these projects are from 250 kW to 500 kW. We also established the FEMSA cogeneration plant, which has a capacity of around 4.8 MW, in San Juan del Rio. This last project is different from the others as it has a single engine.

What challenges is the distributed generation market facing in Mexico?
Our distributed generation scheme came to a halt in 2020. We went into a second round of fundraising after the Covid-19 pandemic and when regulatory changes began to happen. These have caused investors to hold off on their decisions.
There are mixed feelings around the future of distributed generation. Some say they will extend capacities from 500 kW per metre to 1 MW per metre, while others are saying they will not continue a net metering scheme but rather will have a net-billing one where injected kilowatts are paid at a lower rate. Others think that the government will limit the amount of distributive generation put on a node. It is difficult to determine what will happen.

What utility-scale solar projects is the company working on?
We are trying to get the Tampico and Proteus developments in Guanajuato off the ground. They lay one in front of the other and share an interconnection. Combined, they will have a capacity of 108 MW.
Although they are already built, they are not finalised. We are waiting on the CFE [Federal Electricity Commission] to give us the green light to either interconnect them or get a new permit to convert them into an isolated energy supply. We already have agreements with companies to offtake the energy we produce. Although the investment is there and the projects are done and ready, we cannot yet deliver energy. We are looking to get both projects up and running in 2022.
Once both projects are operative, we are going to get a loan and pay investors for the equity they put into these developments. These projects have a value of USD 70 million. In addition, we built 20 kilometres of new transmission lines around these projects. We also built a new substation for the CFE and a 5-kilometre interconnection line between the project and the new substation.

How has the government addressed problems in the transmission and distribution sector?
The government is investing in huge solar projects like the one in Sonora. The rationale is good, but the problem lies in getting the energy out of the project. There are major infrastructural issues that must be addressed. Transmission and distribution are underestimated. For the projects we built, we had to do a lot of infrastructure around transmission and distribution. At the end of the day, it benefits the CFE, and it benefits the projects.
We are willing to provide the work if it is economically viable. For example, we had a solar project planned called El Rifle in San Luis de Potosí with a planned capacity of 20 MW. However, we didn’t move forward with it because we were told to build infrastructure around the project worth USD 150 million. The same happened with our planned Alaia solar farm in Chihuahua.

What kind of EPC firms are you seeking to construct solar facilities?
We need a main EPC company to do most of the construction on our projects. In the case of both our Tampico and Proteus ventures, Aldesa México was in charge of EPC works. We now look for large EPC companies that have done projects all over the world and in Mexico.
We also do part of the work with local firms. In both our Guanajuato-based projects, it was important for us to get the local governments and state involved in different ways. They helped us find local EPC companies that had experience doing this type of work and employ them.
We try to hire local companies and people from the communities surrounding our projects. We are talking about 2 square kilometres of land that suddenly sees 5,000 people coming in and working. Creating synergies with local companies and communities is a large priority and is a win-win situation for everyone. Once solar farms are commissioned, they generate employment as we need to continue operation and maintenance.

What are the benefits of Prana Power’s new in-house project management software?
We have developed a unique software based on Salesforce. This platform sells well and is easy for customers to understand. It’s an in-house solution that could be defined as a one-stop shop. With this software, one can take a picture of the CFE’s bill and instantly get a quote for the whole system. One can see savings, graphs and all data on the screen. Quotes are immediately sent to the customer, EPC companies and channel partners so they can quote the construction of the project in accordance with the cost of what customers are going to pay.
Once a customer is interested, we move ahead with due diligence of the project process based on the platform. From there, we ask for basic documents from companies and within 72 hours we know if the project is viable based on a credit score. When we know the score, we know how aggressive we can be with the quote.
During the building process, the platform tells us instantly how many panels were installed by the EPC contractors that day and if they are running late on their schedule. Once the project is operational, we can see its performance on the same platform. The software monitors a given project from the beginning to the very end.
The software is one of our cornerstones as a company. One of our targets for 2020 is bringing in a partner that can give us capital to continue growing it. We are willing to put our 8 MW worth of projects on the table as an investment. We can also duplicate the platform by contributing the projects into a new fund to raise money.

What intricacies are involved in acquiring solar panels in Mexico?
It depends on the time of the year. Generally, it is very difficult to get products from China in the fourth quarter, as logistics costs go up in that period. A second factor is the availability of panels, which is very low at certain times of the year. For example, if it is Chinese New Year in the first quarter, it is tough as the country shuts down. There are not a lot of panels available and getting them is close to impossible.
The costs of manufacturing in Mexico versus China are not equal. Locally made panels are much more expensive than those that are imported, and one must assemble them in-house. However, there are local panel manufacturers such as Solarever. Local manufacturing of solar panels will be a growing segment moving forwards.