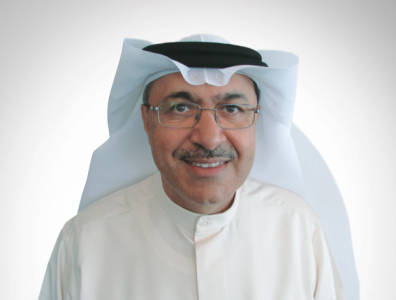 The government should open up the market and engage the private sector to increase its participation.

Sadoun Ali, CEO and vice-chairman of Qurain Petrochemical Industries Company (QPIC), talks to TOGY about the state of Kuwait’s petrochemicals market, advice for companies looking to grow through diversification and the company’s operations and strategy. QPIC is a holding firm largely invested in the local and regional industrial sector, with a prime focus on the energy sectors.

• On expanding control of shares: “Sometimes you will not be lucky enough to get a majority stake in companies. Equally, as a minority shareholder, you might not have enough influence to enable change. If we see that we cannot take control, we always work towards building strong alliances with companies that share our interests and thus we can jointly make changes.”

• On profits at the Al Zour refinery: “KPC added the petrochemicals component to generate some income out of it. They will produce xylene, styrene and other chemical products, for which there is a large demand from outside of Kuwait. They can then make a profit or a part of it can be used for further downstream developments and investments, especially if they intend to enhance SMEs or medium-sized projects.”

Most TOGY interviews are published exclusively on our business intelligence platform, TOGYiN, but you can find the full interview with Sadoun Ali below.

What makes Kuwait an attractive market for investment?
Kuwait is a financially strong country. It is politically stable and strengthened by the good relations among the GCC countries. Hence, the country’s financial and political strength and stability positively influence Kuwait’s image as an investment safe haven. Oil remains the government’s main source of income, and a large budget has been allocated for downstream projects.
We as QPIC believe that we will have a number of appealing opportunities to get involved in those projects through our associate [companies] and subsidiaries. Since the market is clearly expanding, we also feel that we can participate in upstream projects through our subsidiaries.
In sum, Kuwait is a place we know inside out. We know how things are run and we have confidence in the laws, rules and regulations. This gives us confidence when it comes to investing.

How do private and public companies balance out in the Kuwaiti petrochemicals market?
Since the Kuwaiti government controls the feedstock, their margin is not like it would be for a private-sector company. However, it is profitable. Having said that, we believe that the government should open up the market and engage the private sector to increase its participation. At the very least, they should assign a portion of the activities to companies that have proven their support to the national economy and that represent a large number of local shareholders. If their intentions are to assist locals, these locals should be able to step into the market through companies in order to reap the benefits.
I think the government is now going in the right direction. They will merge Equate and TKOC and potentially list the company on the stock exchange.

Will the Al Zour refinery be profitable for KPC?
KPC is not poised to make a profit out of Al Zour refinery complex. As with any refinery in the world, you have to design it according to what you want to do with the products, whether petrochemicals or fuel. KPC has constructed this particular refinery in such a way that a big portion of its production will go towards electricity, and since the latter is subsidised, that alone would not make any profit for them.
Therefore, KPC added the petrochemicals component to generate some income out of it. They will produce xylene, styrene and other chemical products, for which there is a large demand from outside of Kuwait. They can then make a profit or a part of it can be used for further downstream developments and investments, especially if they intend to enhance SMEs or medium-sized projects.

What is your advice for companies looking to expand control of shares and assets in the hydrocarbons industry?
Sometimes you will not be lucky enough to get a majority stake in companies. Equally, as a minority shareholder, you might not have enough influence to enable change. If we see that we cannot take control, we always work towards building strong alliances with companies that share our interests and thus we can jointly make changes.
Another strategy involves merging two companies in order to make them stronger. If you are not sizeable, your impact and income will be limited. From our experience, the amount of time and effort you are going to spend on either small or large investments is about the same. Therefore, it is better to focus on something sizeable that will give you a big outcome rather than looking at small and fragmented assets. Big assets are not easy to acquire since shareholders or owners do not want to give them up, so another way is to buy small ones and combine them.
Most companies in the oil services industry do not want to exit their position and sell their stakes because it is a very profitable sector in this region. We are trying to bring partners from outside because KOC and KNPC are qualifying new companies to bid on their current projects. However, before we can actually qualify and bid, we need to find the right partner and bring him to Kuwait –and that alone can take some time.

How easy is it to enter other markets, such as the ones in Asia?
It is not easy if you do not go with a big entity, such as the Kuwaiti government, especially when it comes to major projects. The market is big, and it changes very dynamically. If you have a good relationship with your end user, you can help them develop their own country through, for instance, addressing unemployment and housing. This strategic relationship guarantees a market for your product.
Most countries are currently using this strategy because crude oil is not something end users would buy. Once you and the end user link together and form a mutually beneficial relationship, you protect yourself and the end user indirectly protects you.
The faster we act, the faster we will consolidate our position. If we wait too long, everybody links with everybody and we will be left out because there is no room. I wish the government would grab some of the good local private-sector companies and introduce them to other private-sector companies in order to form these types of relations.

Could you give us an overview of QPIC’s key milestones and strategy?
Since its inception in 2004 with a capital of KWD 110 million [USD 362.2 million], QPIC has continued to expand its investment activities to reach total assets of more than KWD 671 million [USD 2.21 billion] as of March 31, 2018 – more than 6.1 times. That happened through our diversification from being purely in petrochemicals, and into upstream services, chemicals, food industries and basic materials.
The story of diversification began when I joined QPIC in 2012, when viable opportunities in the regional petrochemical sector were limited, and we wanted to mitigate the risk of the potential drop in oil prices when it was skyrocketing at the time, and QPIC was dependent on a single source of income, which is Equate Petrochemicals.
Since then, we decided to diversify into other sectors such as chemical manufacturing, food industries, oilfield services and recently, basic materials. Since then, the company has been delivering solid results, one thing that makes us consider entering into new industrial areas and specialities.
We focused on developing and expanding QPIC investments in a way that will be sustained even through rough oil prices corrections and overall economy. UOP was our first attempt at gradually diversifying QPIC investments into chemicals manufacturing, which presented a great opportunity when one of its associate companies, Alkhorayef United Holding Company (AKUH), a partnership with a well-known company in Saudi Arabia, won a KWD 100-million contract with Kuwait Oil Company (KOC) for a gathering centre in Kuwait, but required financial guarantees.
QPIC provided 100% guarantees to cover the project and facilitate the winning of the contract. This is how QPIC is; our commitment to our partners is that we will help even if we are a minority shareholder.
Following the same guidelines of diversification, we decided to acquire significant stakes in SADAFCO [Saudia Dairy & Foodstuff Company], the leading long-life milk producer in Saudi Arabia. Everyone was surprised at the time to see a petrochemical focused company doing this. However, we needed to diversify our position and reduce our dependency on a single sector. It made sense to us because Saudi Arabia is a big market and dairy products cycles goes against the petrochemical cycles in terms of pricing.
We also currently hold directly and indirectly a 51% stake in Napesco [National Petroleum Services Company]. Napesco specialises in two areas, upstream oilfield services and downstream and energy. We took over the company with a new strategy to expand into other sectors in and out of Kuwait. Limiting oneself to a small market is not a good strategy; you should not let any opportunities around you pass without grasping them. QPIC is witnessing good opportunities coming to Kuwait in the near future; that is why we are focusing more on Kuwait.
In 2017 and after witnessing the positive movement in the construction market and the many projects that are coming on stream, we acquired a company called Insha’a Holding Company along with our sister company United Real Estate Company, through its subsidiary United Building Material (UBC). Insha’a specialises in manufacturing of basic materials related to construction such as readymix, and we are expanding from there.
We still believe that there are some opportunities to acquire more companies in different downstream areas and other industries, not always directly through QPIC, but also through our subsidiaries. We are a growth-driven company and maximising our shareholders’ wealth is our main target; thus, we usually distribute 40% of the net profits to our shareholders and retain the remainder (60%) to be reinvested into the business.

What are your strongest-performing assets?
When I took over [in 2012], 90% of our income came from our investment in Equate and TKOC, which remains our strongest-performing asset. It is only a single investment and we have no control whatsoever of it. It is risky for QPIC since the income we receive depends on the performance of the sector, the market and the oil price. To date, our 6% stake provides us with around 50% of our income, and our goal within the next two to three years is to minimise this income dependency on a single source.
With regards to KARO, we had a small issue at the beginning. We worked very closely with PIC and KNPC to address the issue. From our side, we put all of our experience into explaining why the issue was there and why the company was having problems. Since then, KARO has not only been profitable for the past three years, but they also started distributing dividends last year [in 2017], and that is a testimony to our contribution and investment.

For more information on QPIC, see our business intelligence platform, TOGYiN.
TOGYiN features profiles on companies and institutions active in Kuwait’s oil and gas industry, and provides access to all our coverage and content, including our interviews with key players and industry leaders.
TOGY’s teams enjoy unparalleled boardroom access in 35 markets worldwide. TOGYiN members benefit from full access to that network, where they can directly connect with thousands of their peers.