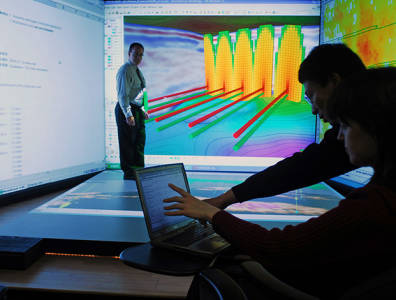 As Kuwait embarks on ambitious upstream, downstream and renewables programmes, KPC and its subsidiaries are increasingly looking to embrace the latest technologies and innovative solutions available to enhance efficiency and production and to meet approaching targets set for the country.

From individual field development to the Kuwait Integrated Digital Field (KwIDF) project, Kuwait has been implementing new technology to ramp up production for the last decade. This past year in particular saw the introduction of numerous advanced EOR techniques and technological improvements in an attempt to increase production capacity to 4 million bopd by 2020 and 4.75 million bopd by 2040, with a total of 180 drilling rigs in operation by fiscal year 2019/20 (April-March).

Most TOGY articles are published exclusively on our business intelligence platform, TOGYiN, but you can find the full article below.

KPC’s 2035 goal for refining capacity is 2 million bpd, and the NOC is looking to add two 300,000-bpd refineries by then as well. These targets have pushed development efforts to focus on stronger oilfield services capabilities and integrated downstream facilities through upgraded technology.
“Kuwait is open to and hungry for technology,” Soufiane Kanoun, North Gulf and Turkey geomarket director for Baker Hughes, a GE company (BHGE), told TOGY. “This market is one of the best for testing and adopting new technologies.”

EOR ACROSS THE FIELDS: KOC revealed in mid-August 2017 that it had begun experimenting with a chemical injection system for oil extraction in northern Kuwait with a method unique in the region, according to KOC CEO Jamal Abdul Aziz Ja’afar. The Kuwait Institute for Scientific Research (KISR) has been researching EOR technologies for KOC’s assets, especially in the north, in an attempt to achieve KOC’s 3.65-million-bopd capacity target for 2020.
Current capacity in North Kuwait stands at around 300,000 bopd, which KOC is looking to raise to 1 million bopd through the development of the Lower Fars Heavy Oil Development Programme and the Jurassic fields. The Burgan field is estimated to hold around 70% of the country’s proven oil reserves and is also undergoing EOR to bolster current production of 1.7 million bopd.
The fields in the north are more difficult to develop than those in the south, given that they predominantly hold heavier oil. “The challenge in heavy oil is not only producing it, but it is the cost,” Shaima Salmeen, managing director of Schlumberger Kuwait, told TOGY. “Heavy oil is a long-term strategy, so the technology might be a little more expensive today but the production that they will gain will be significant.”

TECHNOLOGICAL HEADWAY: As they look to address challenges such as heavy oil extraction, there is strong recognition within the K-companies that technology and reservoir management will play an important role in enhancing upstream production. To this end, KISR is leading in-country R&D, and has registered several production-related patents. These include a method to synthesise nano-diamonds for drilling that will cut down on material erosion and optimise the drilling process, gelling agents for water shut-off and sand fixing polymers for oil and gas wells.
Further progress was seen from BHGE, which achieved the fastest drilling time and highest rate of penetration in North Kuwait using its TerrAdapt adaptive drill bit along with its specialised drilling measurement tools, according to geomarket director Kanoun.
In a move to optimise reservoir performance, KOC awarded Tendeka a multi-million-dollar contract in October 2017 for its Inflow Control Data (ICD) technology. As part of the deal, Tendeka is expected to install ICD technology equipment in 55 horizontal wells from 2017 to 2019 in North Kuwait.

GOING DIGITAL: With the rollout and expansion of almost 1,200 wells as part of KwIDF phase 1 completed in 2017, KOC plans to start phase 2 this year. KwIDF is a touchstone for similar digital field applications in conventional and unconventional fields around the world. Through the application, extensive instrumentation, automated workflow execution and data validation in digital format can be integrated into oilfield operations.
KwIDF provides automated well measurement as well as the controlling and modelling of oilfields. By doing so, Kuwait aims to minimise risks such as hydrogen sulphur heat, driving and overworking in the field, as well as reducing environmental impact.
The instrumented wellheads transfer the data from the subsurface in real time, which accelerates workflow and facilitates engineering works. The obtained data is transmitted through ViaMax to the SCADA system and eventually to engineers for analysis. Engineers at the field and headquarters could collaborate and make decisions together thanks to the digital environment. Most tangibly, in its pilot, KOC increased crude production by more than 5%.

INTEGRATED SOLUTIONS: New strategies and technologies have made their way downstream in the form of Kuwait’s “integrated approach,” which will be the country’s focus moving forward, KNPC CEO Mohammad Ghazi Al Mutairi told TOGY.
KNPC has collaborated with international and local companies to implement downstream strategies to better meet EU market standards. And, with the Clean Fuel Project (CFP) coming on line later this year and the Al Zour project in the next two years, Kuwait will soon have the most modern of integrated refining facilities.
“These refineries are brand new, so from an environmental and energy efficiency perspective, they are state of the art,” Menko Ubbens, senior vice-president and project director of Fluor, told TOGY.
The CFP’s reformers use Haldor Topsøe technology, utilising the largest hydrogen units in the world, according to Ubbens. Shell Global Solutions has provided the sulphur technology, and both providers recently upgraded their catalysts. The project’s buildings have been outfitted with green tech, and emissions from its boilers and incinerators meet strict environmental regulations though advanced monitoring systems.
Al Mutairi listed multiple advanced technologies installed for the CFP: two elevated flare stacks in each system with a common derrick structure for uninterrupted operations, demountable tips to enable ground-level maintenance, ultra-low NOx burners to ensure emission limits set by the Kuwait Environment Public Authority aren’t exceeded, a dewaxing bed in the diesel hydrotreating unit reactor for cold flow properties to meet EU market standards and hydrogen membrane facilities in the atmospheric residue desulphurisation units that will aid in hydrogen production from recycled gas.

HIGH MARKS: The investments in downstream advancements are timely, according to Ubbens, as they “match the need to produce greener fuels.”
“Kuwait is short on diesel. The CFP will produce ultra-low sulphur diesel, which will be needed going forward,” he said, adding that car manufacturers are adapting to new standards, such as the EU’s, that require cleaner fuel.
The CFP will shift KNPC’s specification to Euro 4 and Euro 5 for all projects, including diesel, Al Mutairi said. “We are employing many of the latest technologies from big-name technology providers such as Chevron and Shell,” he noted.
Kuwait’s production targets will not be the only agenda items to benefit from the advancements and updates being made in the upstream and downstream. “It is a major shift to the latest technology, and this is all to meet the latest developments in product specifications,” Al Mutairi said.
Kuwait’s focus on EOR techniques and advanced, integrated facilities will have a lasting impact on its production and refining capabilities to be sure, but it will also reinforce its ability to keep pace with a technologically advancing global market.

For more information on technology in Kuwait, see our business intelligence platform, TOGYiN.
TOGYiN features profiles on companies and institutions active in Kuwait’s oil and gas industry, and provides access to all our coverage and content, including our interviews with key players and industry leaders.
TOGY’s teams enjoy unparalleled boardroom access in 35 markets worldwide. TOGYiN members benefit from full access to that network, where they can directly connect with thousands of their peers.