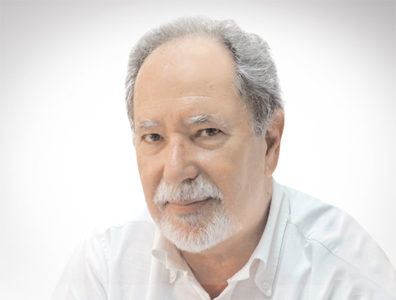 Miguel Dias Correia, the CEO of ISQapave, talks to TOGY about the glut of oil production worldwide, the outlook for the business climate in Angola and future investment areas. ISQapave is a joint venture created in 2005 by the Portuguese firm ISQ and French company Apave to provide certification and quality control inspection services. ISQapave will be responsible for the NDT, training of technicians and inspections of Total's Kaombo project after production starts in 2018. ISQapave is subcontracted to do all inspection and testing for the Falcão pipeline connecting offshore fields to Angola LNG.

• On outlook: “Let’s see if 2019 will be the year we can recover, but 2018 will be a problematic year. If nothing changes, I believe that in 2018 a lot of companies will leave the country, close or reduce their operations to a minimum.”

How were market conditions in 2017?
Conditions for 2017 were quite bad, meaning that most of our clients saw their production at a minimum level or even without any kind of work. As we are a TPA, meaning inspection, NDT and metrological company, we are suffering in turn. Our main clients, metallomechanical companies like Friedlander, Ponticelli, Lyon, Halliburton, Schlumberger and TechnipFMC, are all seeing their activities quite reduced. There is almost no construction in Angola; all the remaining metallic construction was transferred to foreign countries.
Also, the environment is still very difficult because we are not able to pay the salaries of our expatriates on time – they are still very late. Additionally, the governmental authorities that supervise our NDT activities are growing harsher. Instead of trying to keep us in the country, it seems like they want us to leave. We know there’s no company that could replace us quickly or provide better conditions in the short term. We have a lot of qualified Angolan operators, we have a lot of equipment and we have invested a lot. It seems like they don’t need us. It’s very strange.

Do you expect improvement in the short to medium term?
The future, I don’t know. I was thinking that 2018 was going to be better, but I’m not confident that we will be seeing a recovery of oil activity or other industrial activity. Normally, large investments take one or two years to start. After starting, it takes some time to get to the phase where ISQapave can be involved in the project. The first years of a project are about arranging investments. Let’s see if 2019 will be the year we can recover, but 2018 will be a problematic year. If nothing changes, I believe that in 2018 a lot of companies will leave the country, close or reduce their operations to a minimum.
There’s a lot of responsibility in the hands of Sonangol Group. I don’t see how oil companies, in the normal environment of monies transferred and debts, are going to invest a lot in this country. The price of oil is not going much higher; today it’s around USD 60, but the maximum price won’t be above USD 70 in the next few years.
Angola must live with this scenario, which is not bad.
I know that Sonangol management are making a strong effort in the organisation, but Sonangol Group owes us a huge amount of money. This is a small inspection company that they depend on for a lot of things. How can they go for a year or a year and a half without paying for the very specific and technologically advanced services that we provide? Now we are facing a financial shortage, and we are financing ourselves through banks at very high interest rates.

What are your main projects currently?
Well, two main projects are keeping us alive: the Kaombo FPSO for Total and the Falcão project for Sonagás.
We are still working on Kaombo. We are not working directly with Total but with their subcontractors like Heerema, Friedlander and so on. After that, we don’t have any news of other oil companies investing in new FPSOs or in new drilling. There were several dozen drilling rigs in the good old days, now there are two or three. That means that the [demand for] drilling inspection is very low. Knowing that active oil exploration must always have new wells and drilling, I wonder how the future of oil production in Angola will be.

What stage is the Falcão project at?
The Falcão project phase one construction has been delayed but is almost ready. Next year it will continue with phase two, but the whole project has had a significant delay. At this moment, we are in the field. We have been hired by Sonangol Gás Natural [Sonagas] as their consultant for this project. ISQ Internacional was also hired by Andrade Gutierrez to do the non-destructive testing of the pipeline welds.
The Falcão project is the pipeline connecting the LNG plant and the combined-cycle power plant. It is not a very long pipeline, only 9.5 kilometres, but the terrain is very difficult because it is very swampy. There are water crossings, which are always problematic. In near future we hope that there will be any kind of problems with the gas required by the thermo-electric plant and supplied by Angola LNG plant.

Is Angola suffering from the production cuts mandated by OPEC?
In my opinion, there’s too much oil in the world market. Unless there is a catastrophe in production somewhere, we will continue to have too much oil in the market to increase the price. The future is much more electrical, with the new legislation in Europe, and that trend will probably be followed by other countries. After [President] Donald Trump’s era, the US will probably also invest in electric cars, buses and so on. If companies go electrical, meaning that the important component is no longer oil, they will need metals to build batteries like lithium, cadmium or others that are becoming very expensive.
If the future is electrical, we need to have electrical power. For electrical power, we can have combined-cycle equipment. Europe also seems to no longer be the nuclear capital of the world. Other countries like the UAE may build nuclear plants, because with the low price of oil, these other countries must turn to solar or nuclear to even produce water.
I suppose that the price of oil will not increase significantly. It might go to USD 65-70 in two or three years. It only goes up for a short amount of time if there is a problem between countries.

Are you disappointed by the lack of downstream development, particularly the cancelled or suspended refinery in Lobito?
Of course, we have been waiting for this Lobito refinery for 15 years. There were rumours about another refinery built by a Chinese company in Soyo, then rumours of another refinery with the Chinese in Barra do Dande. Now the rumours are that there will be a refinery in Namibe with the Russians. But after 15 years of waiting, I don’t believe anything. If something starts, we are here.

How qualified is the Angolan workforce?
We have trained local manpower. Our total count has been reduced by 50%. We now have 165 people. Last year we had 239, and in 2015 we were almost 300. So, we have dismissed a lot of our people. The expatriates are mostly gone. We have been trying to replace them with Angolans. In some areas, we have succeeded, but in other areas we just haven’t been able to. Of course, keeping expatriates here is very difficult because no one wants to be in Angola, to be paid in Angolan kwanzas or to wait for four months or more to be paid. We have Angolan guys who are good, but when we reach a high technological level, there’s no one here with that expertise, knowledge or experience.