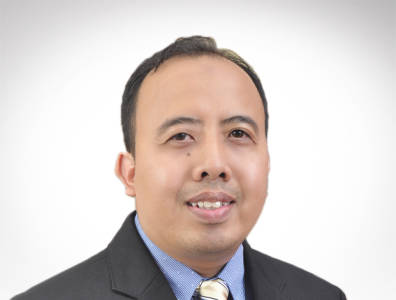 Acknowledging the different levels of capacity across Indonesia’s landscape is key.

The reality on the ground in Indonesia

Hakimul Batih, executive director of the Indonesian Institute for Energy Economics (IIEE), talks to TOGY about the need to switch to a net-split PSC model to restore oil production levels and the challenges in the country’s 2025 energy mix targets. IIEE is a non-governmental energy economics research institute.

What is your assessment of the drop in oil production and what consequences could it have for Indonesia’s long-term energy security?
Statistics show a clear decline in oil production, and our National Energy Policy makes clear that if nothing is done, there will be a further decline. It is said that thanks to the implementation of EOR techniques and further production schemes the situation will change, but this seems to be over-optimistic. The fact is that there has to be a change of regulation from gross-split revenue to net-split in order to reverse the situation.
If we carry on with the same dynamics established today, the gap between production and consumption will widen even more. There has to be a change of mindset. It is not about relying on foreign actors in producing or importing more oil, but about being less dependent overall. If the government gives the green light to importing crude oil and its products, this will be fine for the short term. But what about further down the line? If there are political changes in the region, Indonesia could be harshly affected by this dependence.

How would you empirically rate Indonesia’s current energy security environment?
IIEE is helping the government of Indonesia to develop the energy security and energy self-reliance index. Of course, many indicators affect the result of such indexes, including availability, accessibility, affordability, acceptability, investment, etc., which serve as determinant variables. The scoring method goes from 0-100, and Indonesia currently stands at around 60. As mentioned, the main problem is the need to change people’s mindset in order to solidify our energy security net and make it less vulnerable.

To what extent does the 2025 energy mix target of 23% from renewables fit with the country’s development plans?
The 2025 target is too high. IIEE has been involved with the government in developing an effective national energy plan. We have tried to push for a bottom-up process, using energy modelling. The estimates of 6-7% economic growth, for example, is no longer relevant for current economic condition. Acknowledging the different levels of capacity across Indonesia’s landscape is key. The national energy plan is very good on paper, but in practice it is very far from reality. It needs a solid strategic implementation plan to achieve the target.

What incentive-disincentive patterns do we find across the country in promoting renewable energies?
In Java, for example, the cost of electricity is already low because of coal. It is therefore impossible for renewables to compete with fossil fuels in this area. By contrast, there are further opportunities for renewables in the eastern parts of the country because they are using diesel instead of coal to generate power.
However, the east also faces its challenges. These areas have a lower electrification ratio added to the fact that the cost of electricity is still high due to the use of diesel. The government wants investors to focus on the east but there is no proper infrastructure nor means for them to invest. In general, one could say that the current environment for renewables is disincentivising rather than incentivising.
Luckily, in Indonesia government, industry and academics agree on the need to shift towards renewables. Still, there is a huge disconnect between theory and practice. The awareness is there but the actual willingness to make change is lacking. Furthermore, the regulations in this particular area are lagging behind, and it is precisely regulations and fiscal incentives that the country needs to materialise real change.

In what ways does IIEE shed light on the need to shift towards more sustainable energy?
As an institute, we try to give technical assistance to the government through research. In this regard, we are helping the government in areas such as energy modelling and capacity building, especially at the provincial level.
We also have a public outreach division through which we implement a more practical approach. Firstly, we help build renewable energy facilities. Here, we promote electrification in rural areas by using local renewable energy resources.
This is seen in West Sumatra, where we built a micro-hydro facility aimed at empowering local communities. This facility is currently run by a co-operative that also manages coffee production and processing, and Edu-Ecotourism in order to increase the economic and sustainability potential of the region. Now, we are trying to get funding from donors to do similar projects in this same area.
Secondly, we have a programme for high school seniors called Energy Saving Ambassador. With it, we teach the youth how to calculate energy consumption and how to save energy. The aim is to create awareness among young people to eventually spark a change in mindset among the new generation.