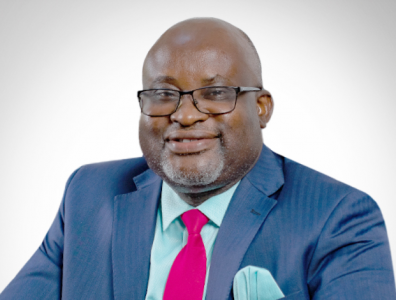 “It is safe to say that investments in the Angolan mining sector today will not bring investors any loss.”

The successes of Angola’s diamond industry

Benedito Paulo Manuel, president of the administrative council of Catoca Mining Society, talks to The Energy Year about the company’s strategy for meeting its power consumption needs, factors leading to its record profits and recent policy changes that have made Angola’s mining sector attractive to FDI. Catoca produces and markets diamonds from its two mining operations in Angola.

Can you give us an overview of Catoca Mining Society’s operations?
The kimberlite that we explore is the fourth-largest open mining diamond reserve in the world. Endiama and Alrosa each have a 41% share of the market, with the remaining 18% belonging to LLI International. As a result of a court case, the latter entity is in the custody of the IGAPE [Institute of Asset Management and State Holding].
Catoca Mining Society is the largest among all diamond companies in Angola. It represents 80% of the country’s diamond production and 75% of all turnover in the diamond sector. It was created in 1993 and production began in 1997. We commissioned Angola’s first diamond treatment centre and then moved towards a second production module in 2005.

How has the supply of power affected the company’s expansion process?
At first, the mine ran on power generated at the Chicapa hydroelectric power plant, whose supply is shared between us and the Saurimo community. However, Chicapa was designed to have a maximum capacity of 16 MW. By 2005, we already needed around 27 MW. To mine raw materials and manufacture our product, energy is fundamental. When we developed the second production module, the company began having problems with energy supply. In 2005, we diversified our energy mix.
At present we receive 9 MW from the Chicapa facility and generate the rest ourselves. Our in-house thermal energy generation scheme has 24 generators, each with a capacity of 1.46 MW. They provide a total supply of around 19 MW. In 2021, our overall consumption of energy was 131 GWh, of which 41.5 GWh came from the Catoca thermoelectric plant and 89.8 GWh from the Chicapa hydro facility.
Our thermoelectric plant consumed 11.7 million litres in 2021, a rise of 2.28 million litres from the previous year. Our daily average is 10-12 litres per generator. We don’t use all generators simultaneously; on average we use 12 per day. They work alternatively in 24-hour periods. We have fuel tanks with a reserve of 1.2 million litres and two supply tanks with a combined capacity of 60,000 litres.
Power is distributed through 6.3-kV medium-voltage transmission lines. Here in Catoca, most of the equipment is medium voltage. We have a workforce of 31 people servicing the energy production units and medium-voltage networks. Each generator goes through monthly electrical and mechanical maintenance.

What is the Catoca Mining Society’s strategy to reduce its carbon footprint?
Our goals are to become a major consumer of clean energy and invest in green energy systems. While we don’t want to produce it ourselves, we want to participate in projects through investments. For example, through an open bid, we have awarded a company with the project for the implementation of a photovoltaic power station that will feed the Catoca and Luaxe mines. These projects could be developed inside and around the mines. It is also our goal to offer energy to the surrounding communities. While this complements the State requirements, it is something we would do anyway.

How have new regulations in the mining sector changed the investment environment?
Angola is – without a doubt – at its best moment for attracting international investors to the mining sector. Legislation has been improved and is now favourable for investors. We have also greatly improved the amount and quality of information given to investors.
Planageo [the National Geology Plan] encompasses all essential information on reserves, procedures and more. It is a wide package of geological information found in the Geological Institute of Angola and a useful tool for investors and companies wanting to make informed business decisions and seek out new opportunities. The platform is available to everyone.
The restructuring carried out in the geological and mining sectors has allowed Angola to attract a larger number of junior companies that have technological potential and are looking for financial partners. We have also improved the number of existing junior prospecting companies whose presence is essential in attracting large mining corporations to Angola.

What worldwide factors have raised the prospects of Angola’s mining sector?
The global demand for diamonds is not being matched by global production. This has happened due to the fall in production at the Argyle mine in Western Australia, which represented a large fraction of the global diamond supply. When this mine reduced its production, a void emerged that needed to be filled by different suppliers. Most diamonds that can fill this void are in the ground in Angola. It is safe to say that investments in the Angolan mining sector today will not bring investors any loss.

What impact has the Covid-19 pandemic had on the global mining sector?
Throughout the global value chain, the diamond sector saw positive signs of recovery in 2021 compared with previous years, principally due to a high market price caused by the strong demand for rough diamonds in the midstream segment for cutting and polishing activities.
During 2021, the global sector performed well in terms of revenue and production. The rough diamond production volume was around 116 million carats, a 5% rise from 2020. The sector sold 137 million carats including stocks, a 27% rise from 2020 and a 1.4% rise from 2019. Combined with the increase in prices, global revenue rose by 62% over 2020.
The local sector was positively affected by the operational return of mining companies once pandemic restrictions were lifted. Another huge accomplishment was the inauguration of the Saurimo diamond development pole in Lunda Sul.

What mining activities outside of diamonds offer opportunities for FDI?
New technological developments have led to the discovery of other minerals in Angola that are required to meet huge industrial demand, including rare earth minerals. These present fantastic opportunities for investors as our taxation policies offer good conditions and we have a stable economy. In many other countries with similar mining potential, wars and terrorism scare investors away.
There is a huge respect for legal contracts; Angola has a tradition of honouring its commitments. Even when the country’s economy was not as it is today, Angola never solved its problems by dishonouring its commitments. This is well-documented in the oil and gas sector.

What recent financial successes has the company had?
Since the average price per carat was growing in the market, our goal in 2021 was to not halt operations and to reach our production target. This was a major challenge. Nevertheless, the company obtained a net profit of USD 271 million and a net margin of 36% in 2021, a 66% and 9% raise respectively from the previous year. These are the highest results in the history of the company.
Our revenues rose by 23% from 2020 to USD 758 million in 2021 from the commercialisation of 6.36 million carats, including 199,000 carats of minor stones and 499,000 carats produced from the CAT-E42 kimberlite in 2018. Operating costs were up by 5.6% from 2020, amounting to USD 338 million in 2021. This was derived from an increase in drilling and blasting services due to the deepening of the mine and the increase of associated activities.

What kind of challenges is Catoca Mining Society facing moving forward?
2022 is a year of many challenges. Our first goal is to accelerate investments that were delayed due to constraints generated by the pandemic. Uncertainty in the markets held the company back from making critical investments in our production processes as we were managing contingencies. We are currently facing the results of reducing our volumes and the quality of our investments made in 2020 and 2021.

Tell us about the Luaxe mine’s potential in the global production of diamonds.
Catoca continues to increase its production and reserves. We discovered the Luaxe kimberlite in 2013 thanks to our continuous prospecting actions. Although it is not yet in full operation, it will be the biggest diamond mine in the world. The Luaxe mine is 25 kilometres from the Catoca mine in the Lunda Sul province. It covers 1 square kilometre and will reach depths of 400 metres. The asset has the potential to produce 350 million carats per year.

How are you supporting the local community?
The company employs 2,500 people, of which only 158 are expatriates of different nationalities and the rest are from Angola. We always consider the impact of mining activity and are very strict in our operations. We are rigorous about the company’s social responsibility and share our earnings with people who live around us.
As the company grows, there have been radical changes in the living conditions of the community through our development measures. Above all, we want to improve the intellectual development of young people so they can transform the place where they live. Our employees are very dedicated and determined when it comes to our sustainability, especially concerning our actions to preserve the environment.

What are the company’s plans once its mining reserves run out?
We are already thinking about our post-mining future when diamonds run out. Our idea is to transform Catoca into a major tourist hub. This will require us to combine the modern with the rustic. To do that, we are going to need a lot of resourcefulness and use a lot of energy, which of course must be green.