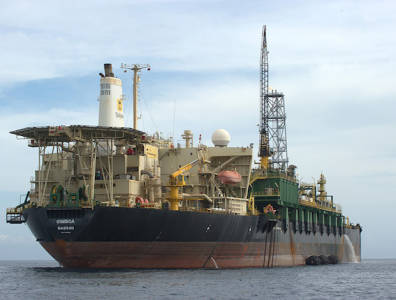 10 years ago the opportunities for young Angolan entrepreneurs were much more limited.

Efforts to help local people find work and benefit from their domestic industry are important to governments and to private companies in many oil and gas industry markets. In Angola, the local industry is particularly well developed. Heavy oil development in Kuwait completes today’s look back. These projects are both part of our review of TOGY Awards 2016.

Local companies: The Oil & Gas Year Angola 2016 focused heavily on the development of local Angolan companies, a major point of attention for the Angolan government and state-owned oil company Sonangol.
Angolan services company Grupo Simples was awarded the Local Company of the Year Award. The company started as a small-size fuel provider in 2005, but gradually grew into a multiservice business working with oil majors such as Total, BP, Chevron and ExxonMobil.
“It was not easy because 10 years ago the opportunities for young Angolan entrepreneurs were much more limited than what they are now”, Grupo Simples Oil president Mario Gomes told TOGY. “Back then, the Angolanisation policy had very little influence over international oil companies.”
Increased attention for the development of local companies and more stringent implementation of the local content rules provided local companies with opportunities to grow. That led to Grupo Simples seizing the opportunities provided, acquiring a 30% stake in block Kwanza 6 in December 2015. Kwanza 6 is one of the 10 onshore blocks auctioned off by Sonangol. The onshore bidding round was meant to draw Angolan companies into operator and non-operator roles.

Developing heavy oil: Winning the USD 4.2-billion engineering, procurement and construction contract for the first phase of Kuwait Oil Company’s Lower Fars heavy oil development programme in January 2015 led to Petrofac receiving the EPC Contractor of the Year award. Petrofac, partnering up with Consolidated Contractors Company, will work on greenfield and brownfield facilities as well as build the central processing facility and its related infrastructure.
The Lower Fars heavy oil development programme is a key part of the country’s oil production target of 4 million bopd by 2020. By 2018, KOC hopes to produce 60,000 bopd from the Lower Fars facilities.
The Lower Fars formation is a shallow unconsolidated sandstone heavy-oil reservoir. Various extracting technologies will be used as a part of the development programme, beginning with cyclic steam stimulation (CSS). The use of the CSS technique for the development represents its first domestic application. Later, steam flood technology will be utilised for a higher rate of recovery at the Ratqa field.