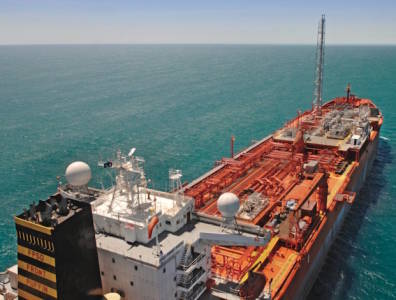 This landmark achievement was realised on May 3, 2016, when more than 25 years of doggedness and tenacity paid off.

The Oil & Gas Year covers the international oil and gas industry from the field by interviewing oil industry executives in their markets. During a project, TOGY highlights local companies, developments and players in the industry. This week, we look back on some of the most memorable companies and projects of 2016.

Offshore development: The development plan of the offshore sour gasfields Arabiyah and Hasbah – which are part of the Al Wasit gas programme – was awarded the Upstream Project of the Year in The Oil & Gas Year Saudi Arabia 2016.

In what will be a key part of the Al Wasit gas programme, the Arabiyah and Hasbah gasfields will feed the onshore Fadhili central processing facility. Saudi Aramco has finished the onshore section of the Wasit gas project, part of the largest industrial complex for gas in the world, at a cost of USD 2.1 billion.

The new plant, which was commissioned in February 2016, will process 36.8 mcm (1.3 bcf) per day of gas from the Hasbah field and 33.9 mcm (1.2 bcf) per day from the Arabiyah field. It comprises a central processing facility, natural gas liquids fractionation facilities and a sulphur recovery unit. The processed gas will be used to generate electricity during peak summer network demand. When the Fadhili facility reaches maximum production, which is scheduled to happen in 2019, it will be capable of processing a total of 70.8 mcm (2.5 bcf) of gas.

“This landmark achievement was realised on May 3, 2016, when more than 25 years of doggedness and tenacity paid off,” acting managing director Mobolaji Musah told TOGY in 2016.

The Aje field, located in OML 113, put Lagos on the list of Nigeria’s oil-producing states for the first time. After more than 25 years of exploratory, appraisal and developmental activities, Yinka Folawiyo successfully pioneered the opening of the Frontier Benin Embayment. YPF operates the Aje field using an FPSO, the Front Puffin.

Musah: “A new-build FPSO was never an option. We were however fortunate to identify a vessel of opportunity, Front Puffin, in the Philippines that was at the end of its contract year with the capacity to process 45,000 bopd and store 750,000 barrels, which meets the specifications and requirements for the Aje fast-track oil development. We only had to make minor modifications to the existing topside, together with the addition of a metering skid, a regulatory requirement and gas compression modules.”

Revamping a refinery: A SOCAR-Foster Wheeler joint venture, founded in 2011 with the purpose of establishing a local downstream engineering company to contribute to the expansion of Azerbaijan’ refining and petrochemical sectors, won the Engineering Company of the Year award. It won because it was awarded the front-end engineering design (FEED) in April 2016 for the revamp of the Heydar Aliyev Oil Refinery (HAOR). The modernisation will increase the refinery’s overall processing capacity from around 120,000 bpd to some 150,000 bpd. Among the plant’s main upgrades due to be commissioned are a bitumen plant in 2018, a diesel fuel plant in 2019 and a gasoline plant in 2020. These facilities will allow the State Oil Company of the Azerbaijan Republic (SOCAR) to produce Euro 5-compliant fuel.

For a more comprehensive view, see our business intelligence platform TOGYiN. TOGYiN features profiles on companies and institutions active in thirty oil and gas markets worldwide, as well as provides access to all our coverage and content, including our interviews with key players and industry leaders.