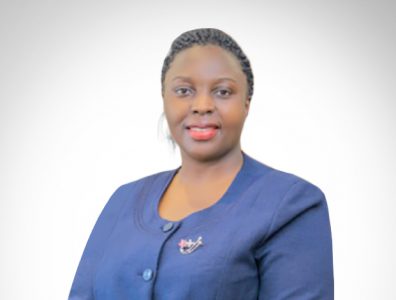 Our mandate is to ensure sustainable exploitation of our petroleum resources.

Permanent Secretary of the Ugandan Ministry of Energy and Mineral Development Irene Bateebe talks to the Energy Year about the ministry’s goals for Uganda’s oil and gas sector, the latest updates on the country’s refinery and second licensing round, prospects for nuclear and geothermal power, and targets for transforming the power generation and distribution landscape.

What are the ministry’s key goals for Uganda’s oil and gas sector?
Our mandate is to ensure sustainable exploitation of our petroleum resources, among other extractives that we have as a country, as well as to ensure we are improving on our access to clean energy while ensuring that it is affordable and reliable.
When it comes to petroleum, our goal is to ensure that we bring first oil on stream in 2025. All of our efforts adhere towards achieving that timeline. So, what are we doing? We are supporting the oil companies in executing the oil and gas developments in a timely manner. And our support comes in many forms. We ensure that, in terms of permitting and project authorisations, we are able to streamline and deliver those to the companies in a timely manner so that they stay within the project timelines. Issues involving Customs or immigration may seem to be small, but when aggregated can actually stall the oil and gas project.
Another critical issue is to do with the logistics of getting equipment into the oil and gas project areas. We’ve done a lot of work to ensure we are developing the infrastructure – putting in place the oil roads and so on. We are also currently working on an international airport in Hoima to support the oil and gas operations. As of today [June 2022], it is slightly over 75% complete.

What are the latest updates on the planned 60,000-bpd refinery?
The refinery’s development path places it slightly behind the EACOP [East African Crude Oil Pipeline]. At some point, we had a few challenges in identifying the investor, and that took time, but we are now on course. For the refinery, we’ve also gone through a land acquisition process for 29.57 square kilometres that will host the refinery and a petro-based industrial park.
The issue of security of energy supply is very high on our agenda. Today, with the Ukraine-Russia war in particular, we can feel the impact of being dependent on others for our energy sources. We import 100% of our fuel into the country, so we are exposed to the vagaries of the market. We cannot control the external markets, but these oil developments will assure us of some level of security of supply. That’s why the refinery is critical to the country’s development.
Beyond that, the refinery project brings value given its robust economics. Among all of the oil and gas developments, the refinery will bring immense benefits to the country, and specifically to the Uganda National Oil Company (UNOC), which holds the government’s shares in the project, which will be participating as a shareholder. It’s a project that must come to fruition, given its value.

Regarding Uganda’s second licensing round, where do the block awards stand?
Because of the pandemic, we saw many applicants at the start of the licensing round who later dropped out, including some majors. Nevertheless, we’ve progressed to the negotiation phase, with UNOC taking one of the major blocks, Kasuruban.
We are also finalising a few issues with DGR Global, out of Australia, for the Turaco block. We just have about one or two issues left, then we should be able to conclude the negotiation with them. The production-sharing agreements are being approved by our attorney general, as a legal requirement. We aim to licence the new exploration blocks in July 2022.

Which are the ministry’s priorities in the power sector?
Today, 57% of Ugandans have access to electricity, which includes 19% on the national grid, and 38% on off-grid solutions such as solar systems and the mini grids that we run in far to reach areas and islands. Having reached 57%, our target for access by 2025, at the end of National Development Plan III, has been revised upwards from 60% to 80%. In our National Electrification Strategy we aim to achieve universal access by 2030 and require an investment of about USD 4 billion.
Our strategy for reaching this 80% is three-pronged. First, we are looking at increasing generation from the current 1,343 MW to ensure we’re producing sufficient power to meet our access targets. Second, we have transmission and distribution, where we are grappling with an old network and reliability issues that we need to address, meaning there’s a need to invest significantly in these areas. Third, we have the last-mile connection where we launched an Electricity Connections Policy under which we seek to connect 300,000 households annually. Many Ugandans today are unable to connect power to their households. We are looking at how to support them to get power, especially for productive uses.

What are the specific goals for power generation?
There is a notion that Uganda has excess power, and I wish to indicate that power is not excess but only adequate. We are currently reporting slightly over 1,300 MW of power generation, but we have a target of driving our power generation to 5,000 MW by 2040. That is basically following the power demand. What we are seeing today is constrained demand, with much of the population remaining unconnected to power. Once we connect many of these people, we will probably consume the whole of our current generation.
Then, in line with His Excellency President Museveni’s industrialisation strategy, we are opening up more industrial parks. The Uganda Investment Authority is pursuing an aggressive drive to bring more investors to these industrial parks, which will raise demand. This means we cannot rest, because if we do, we will shortly enter a deficit.
So, what is our strategy on the generation side? Part of it is to reach 5,000 MW by 2040. We are looking at improving our energy mix. It might sound ambitious, but we do have a nuclear power development plan. Within this targeted 5,000 MW, we plan to bring on line 2,000 MW of nuclear power.
We are working with the International Atomic Energy Agency; they have recently concluded an evaluation of our level of preparedness where we were qualified to phase two out of three phases, based on their criteria. This implies we met the targets for phase 1, having put in place the required legal and regulatory framework, developed the initial capacity to drive the programme and undertaken a feasibility study for nuclear power development. Phase two will involve building additional capacity including setting up a Center for Nuclear Science and Technology and acquiring land for the project, among other things.
Our minimum target is to put in place an initial reactor by 2031. It’s important to note that Uganda boasts extensive reserves of uranium.
The other big clean energy sources are solar and geothermal. Thus far, we’ve been impeded by the solar prices, but globally, we are seeing them decline. If that continues, we should then see more solar at play in our energy mix. Regarding geothermal, we have an estimated 1,500 MW of potential. We’ll be looking to see how we can tap into that to contribute to our energy mix.

What can be done to improve Uganda’s transmission and distribution networks?
Today, our transmission networks are constrained. Our system is struggling in many areas. We continue to experience energy losses, although they are on a decline compared to 20 years ago, so we’ll be looking to invest more in our transmission network. Additionally, the new Electricity (Amendment) Act of 2022 removed the single-buyer mode, where our national utility company, Uganda Electricity Transmission, was the sole buyer for all power generated in the country. We are removing that monopoly based on the idea that, in order for us to have competitive tariffs, we need to open up the market to competition.
We are also evaluating how to improve the reliability of our distribution network.

Which factors have been central in improving Uganda’s ease of doing business?
20 years ago, our electrification rate was at 10%. Electricity is a key driver for creating a positive business environment. Many strides have been taken, and thanks to the efforts of His Excellency the President and the rest of the government, just in the last 20 years we’ve jumped from 10% to 57%. Whether it’s on-grid or off-grid, at the end of the day it’s all about access to electricity. Transport infrastructure and education have also played a very significant role in improving the ease of doing business in Uganda.